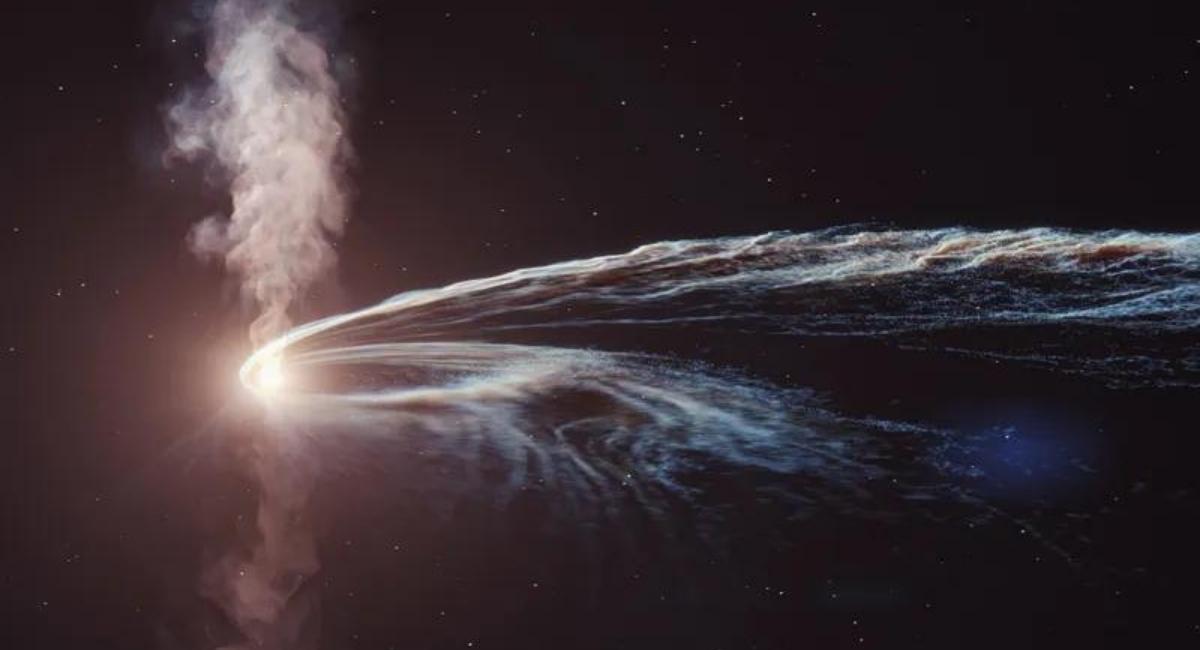 According to signals detected by a radio telescope in New Mexico in June 2021, a black hole started hurling material into space, which is the cosmic equivalent of spitting up your food. Only, the problem was that it hadn’t eaten anything in years.

Furthermore, a team of astronomers observed the ejection event using six observatories – four in North America, South America, Africa, and Australia, and two in space. Additionally, they linked the 2021 rejectamenta to a star the black hole sucked three years ago.

The Astrophysical Journal published the team’s research this week.
Moreover, the study’s principal author, Yvette Cendes, a research associate at the Center for Astrophysics | Harvard & Smithsonian, stated in a center release, “This caught us completely by surprise — no one has ever seen anything like this before.” 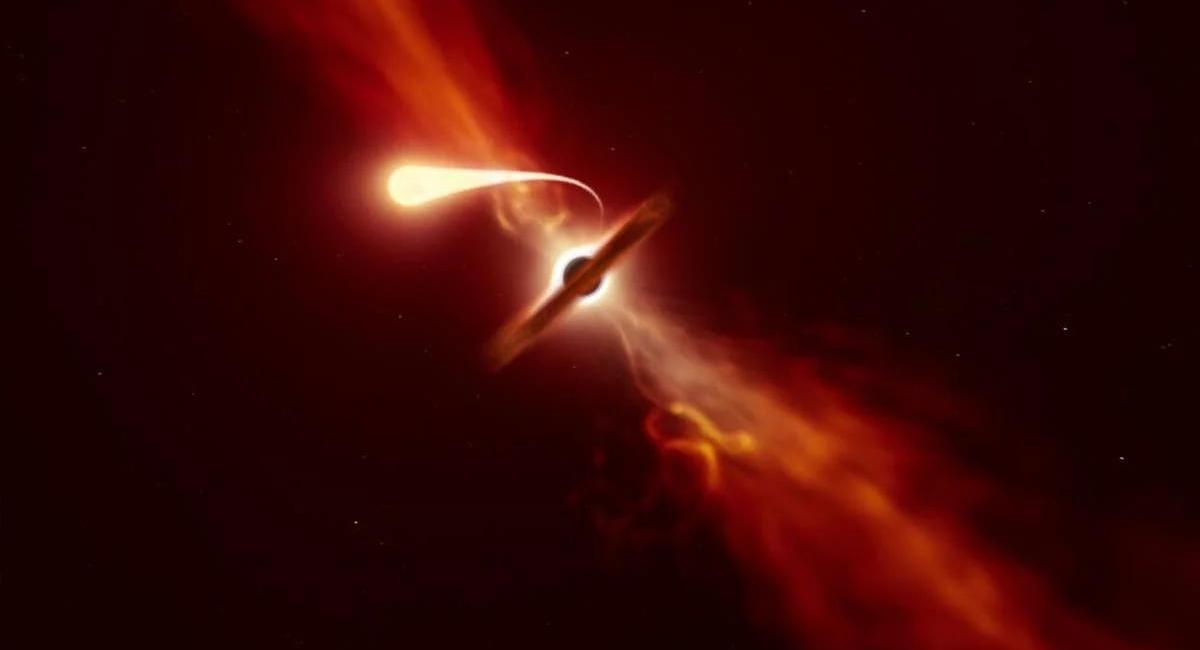 The astronomers dubbed the radio-bright event as AT2018hyz. It is a tidal disruption event, which is when a black hole pulls apart (or spaghettified) a star passing too near it. Then, instead of being quickly sucked past the impassible event horizon, the spaghettified star material orbits the black hole in its accretion disc.

Additionally, astronomers can detect the signals produced when that material heats up from Earth. Also, tidal disruption events can occur suddenly or slowly, depending on how the stars are orbiting the black holes. 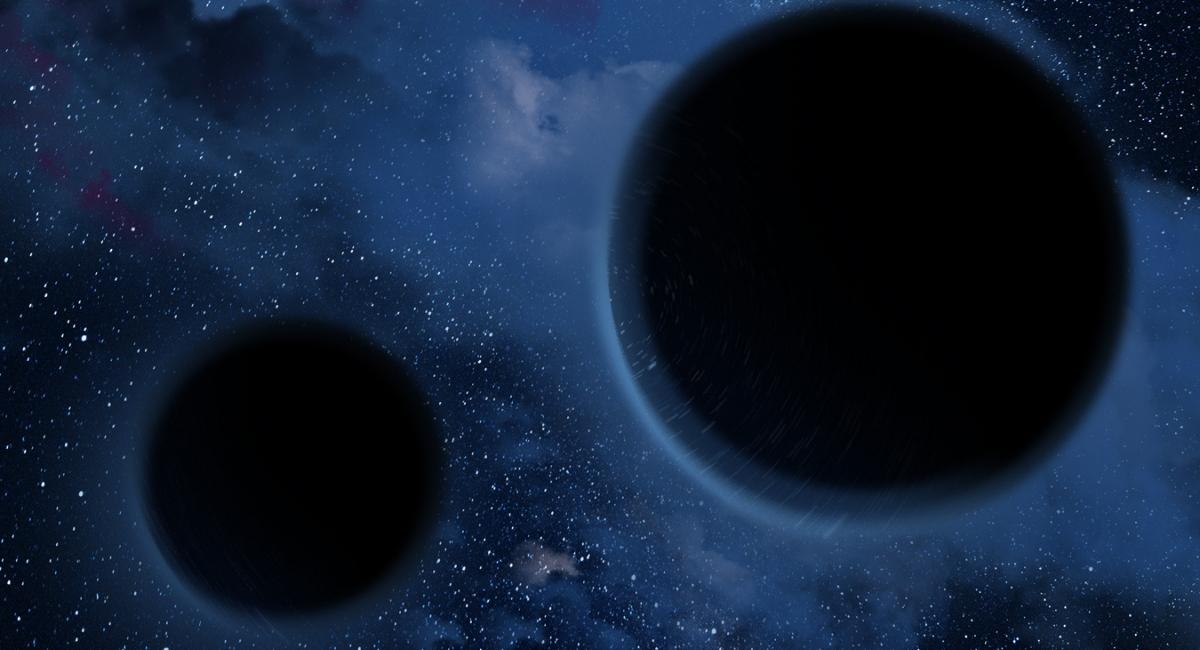 On another note, black holes are messy eaters. Therefore, they frequently throw star debris back into space. However, three years is an unusually long period of time for a black hole to go without eating. Besides, the regurgitations of a spaghettified star by a black hole typically happen rather quickly.

On the other hand, as opposed to normal tidal disruption events, where the outflow moves at approximately 10% the speed of light, in this case, the black hole stored the star material for years before blasting it out at half the speed of light. Cendes remarked, “It’s as if this black hole has started abruptly burping out a bunch of material from the star it ate years ago.” 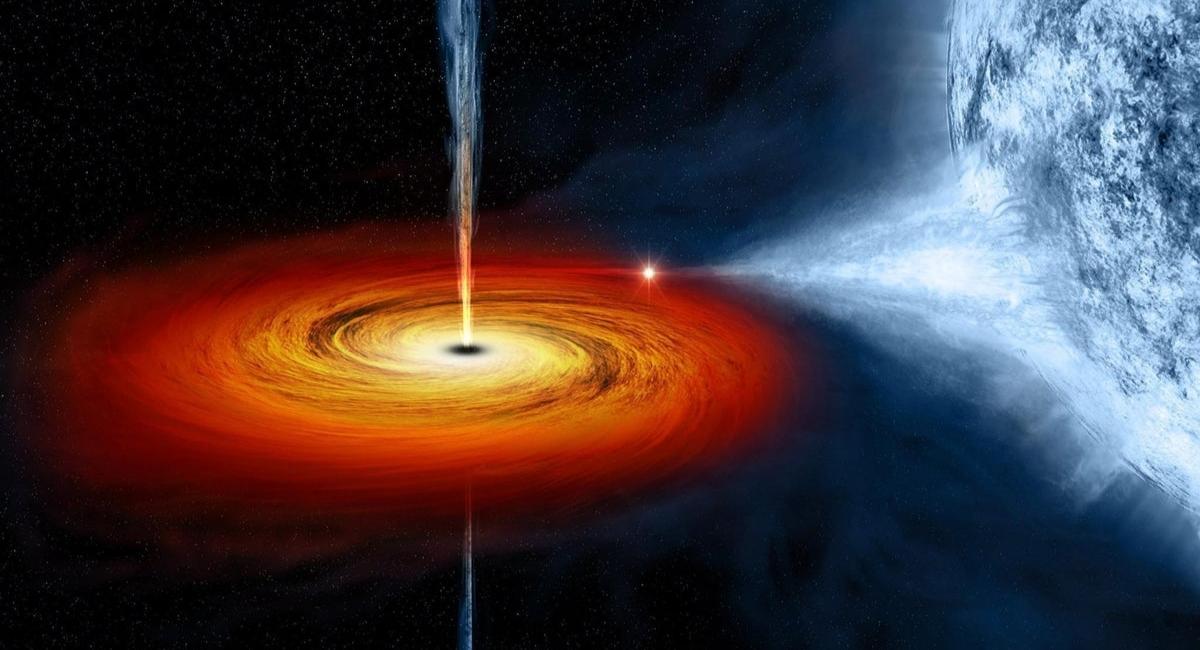 Lastly, the research team speculates that delayed outflows like that of AT2018hyz may be more frequent than previously thought. But, astronomers will need to examine the locations of further tidal disruption events that have already faded from memory to determine that. They believe that it’s possible that these assumed-to-be-over events have yet more action in their futures.