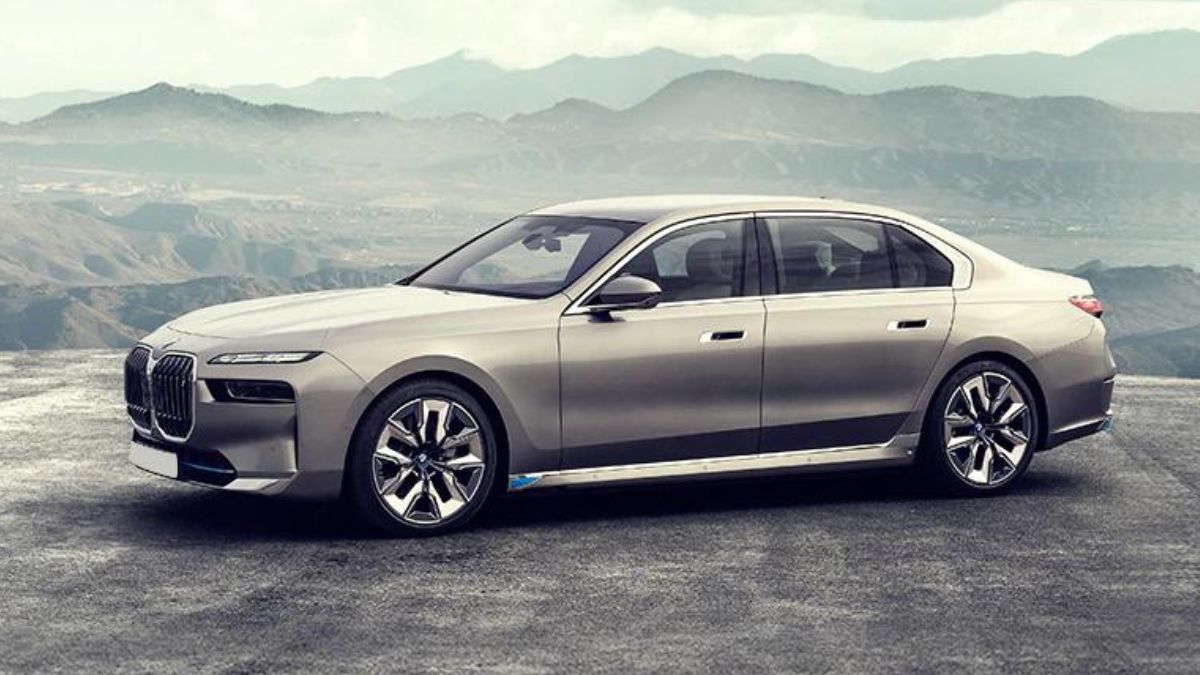 Various magazines have been awarding the title of “world’s best car” for many years, and manufacturers like BMW and Mercedes-Benz have competed against one another in group testing. With sporadic challenges from Lexus, the competition has typically been between the 7 Series and the S-Class. Cadillac and Jaguar frequently fall short.

As BMW’s newest generation 7 Series goes on sale, a strong new competitor has emerged for the title.

I became obsessed with vehicles as technology in the early 1990s, and it’s amazing how far they’ve come since then as powertrains have explored new territory and energy sources and interiors have become cozier and more protective of their occupants.

The Bavarian OEM decided to invest in a vehicle architecture that is independent of the powertrain a few years ago, so the new 7 Series will be offered with an internal combustion engine, as a plug-in hybrid (which will eventually come to the US), and as a fully battery-electric version called the i7. You may read about the 760i xDrive elsewhere on these pages today. BMW brought both gasoline and BEVs to Palm Springs for the international first drive.

The electric model shares every feature with its gasoline-powered sibling, including a brand-new advanced driver assistance system that enables hands-free cruising on pre-mapped divided-lane highways and a big curved theater display for privileged backseat passengers. Even the car’s driving enjoyment has been improved by BMW.

The i7’s electric drivetrain technology is currently a familiar one. The i4 sedan and iX SUV from last year included BMW’s 5th-generation EV powertrain for the first time. Both axles are powered by the same series of prismatic cell-based lithium-ion batteries, which are electrically excited synchronous motors. For its sixth-generation EV platform, which will debut in the Neue Klasse in 2025, BMW is transitioning to cylindrical cells.

The official EPA range estimate for the i7 is 318 miles (512 km) when equipped with smaller 19-inch wheels and 308 miles (496 km) when outfitted with larger 21-inch wheels, which was the case with our test vehicle. I averaged 2.7 miles/kWh (23 kWh/100 km) over the course of a 2.5-hour drive with significant elevation variation and limited urban driving, which is somewhat higher than the EPA’s recommended 2.6 miles/kWh (23.9 kWh/100 km).

I reported the problem to the BMW engineers when I got back, and they acknowledged that they had had issues with that bank all month until they realized I was using an EVgo charger. (BMW enlisted waves of foreign media over a period of weeks to promote the i7; Ars and the other US and Canadian outlets were the final of those.) Beyond that, they were unable to identify the issue, which supports earlier this summer’s fast-charger reliability argument I made.

For the i7, BMW managed a drag coefficient (Cd) of just 0.24, which was unheard of ten years ago. Although the BMW’s frontal area is a little bit reduced, its Cd is still not quite as low as that of rival Mercedes-EQS Benz’s sedan, which has a Cd of just 0.2. Some of the i7’s detailing is explained by airflow management and drag reduction. The air is helped on its route under the automobile by a fully flat underbody and air curtains that guide the flow from the front of the car around the wheels. A portion of the light cluster in the back has a few tiny edges that protrude, preventing the airflow from gently pulling the car backwards when it is moving quickly.

Highway Assistant was good at keeping the vehicle in its lane and navigating curves, and it would only switch lanes on demand (one tap on the indicator stalk in the desired direction) if there was a safe break in the flow of traffic. Up to 85 mph (137 km/h), the system is functional. BMW is planning to launch a lower-speed L3 assist in China and Germany that would operate in congested areas up to 40 mph (60 km/h), but the L2+ looks more appropriate for usage in the US.