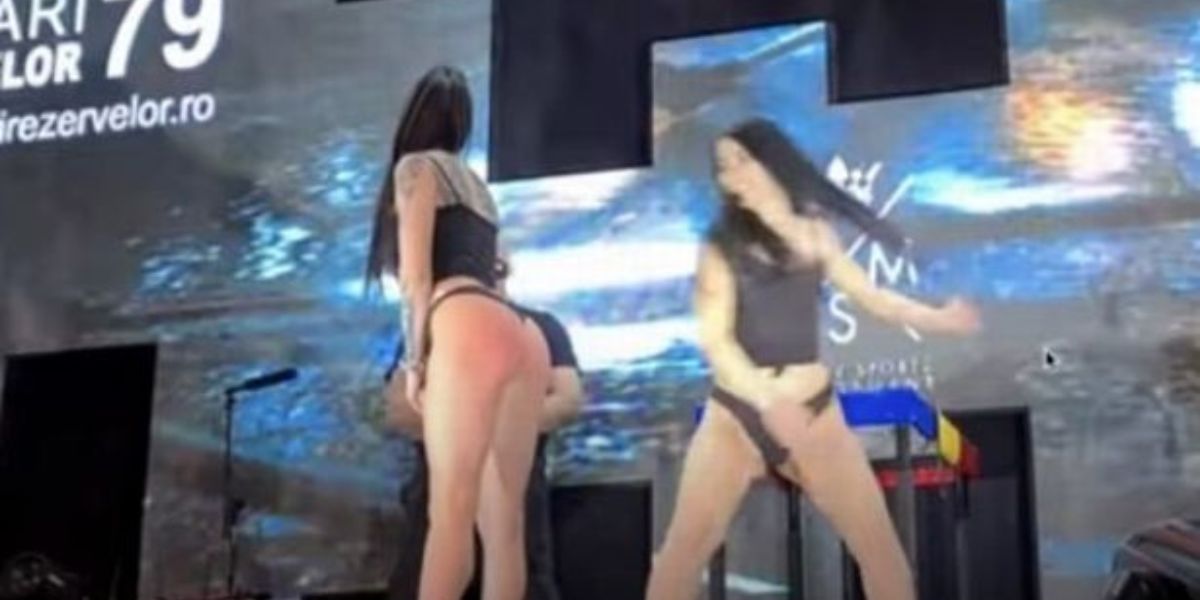 Sport lovers are in utter disbelief after seeing video of an absurd “booty slapping” competition in Romania.

The bizarre “Booty Slapping Championship” seems to have gained popularity first in Russia, where fitness models alternately smack one other on stage in an effort to throw each other off balance.

And the competition that was held in Romania last year seems to have its roots in the vicious men’s slapping competition, in which competitors mercilessly hit each other as hard as they could in the face. 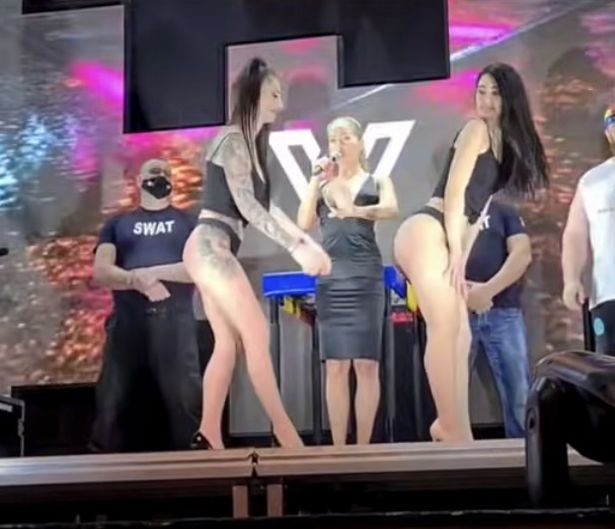 The video that has been making the rounds on social media is the Romanian adaptation, which features BB Criss and Andra Brazil competing in their own competition.

Between rounds of the game, which has been called the “Slap Girls’ Ass Competition,” the pair can be seen on stage with two bodyguards and a presenter who poses questions.

The ladies take turns beating each other while wearing vest tops and underpants in a situation that seems less dangerous than the men’s face-slapping fights. 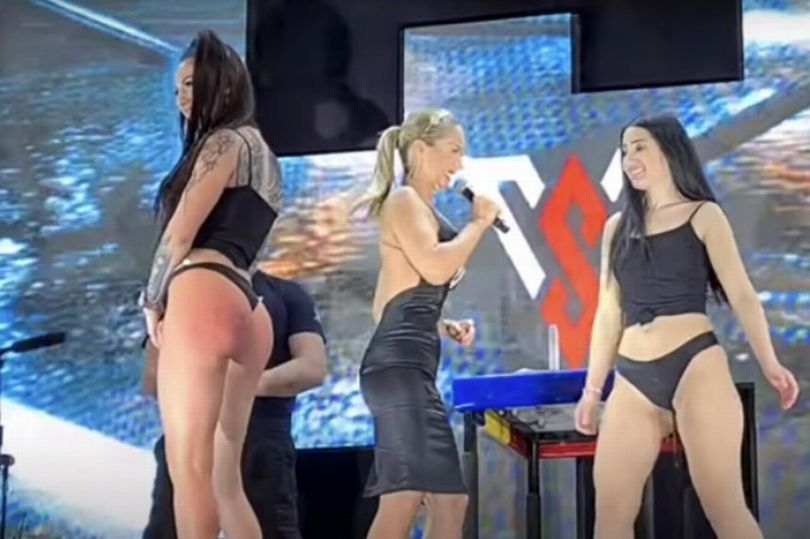 When the competition is complete and the winner is revealed after the audience has seen the harm that each competitor has done, the women engaged are still left with raw butt cheeks.

One viewer posted: “This is definitely a sport that does deserve a participation trophy.” while another added: “This is peculiar but entertaining at the same time.”

Another joked: “The rigorous training these athletes must endure to become a champion slapper of asses. Simply amazing and inspiring!”