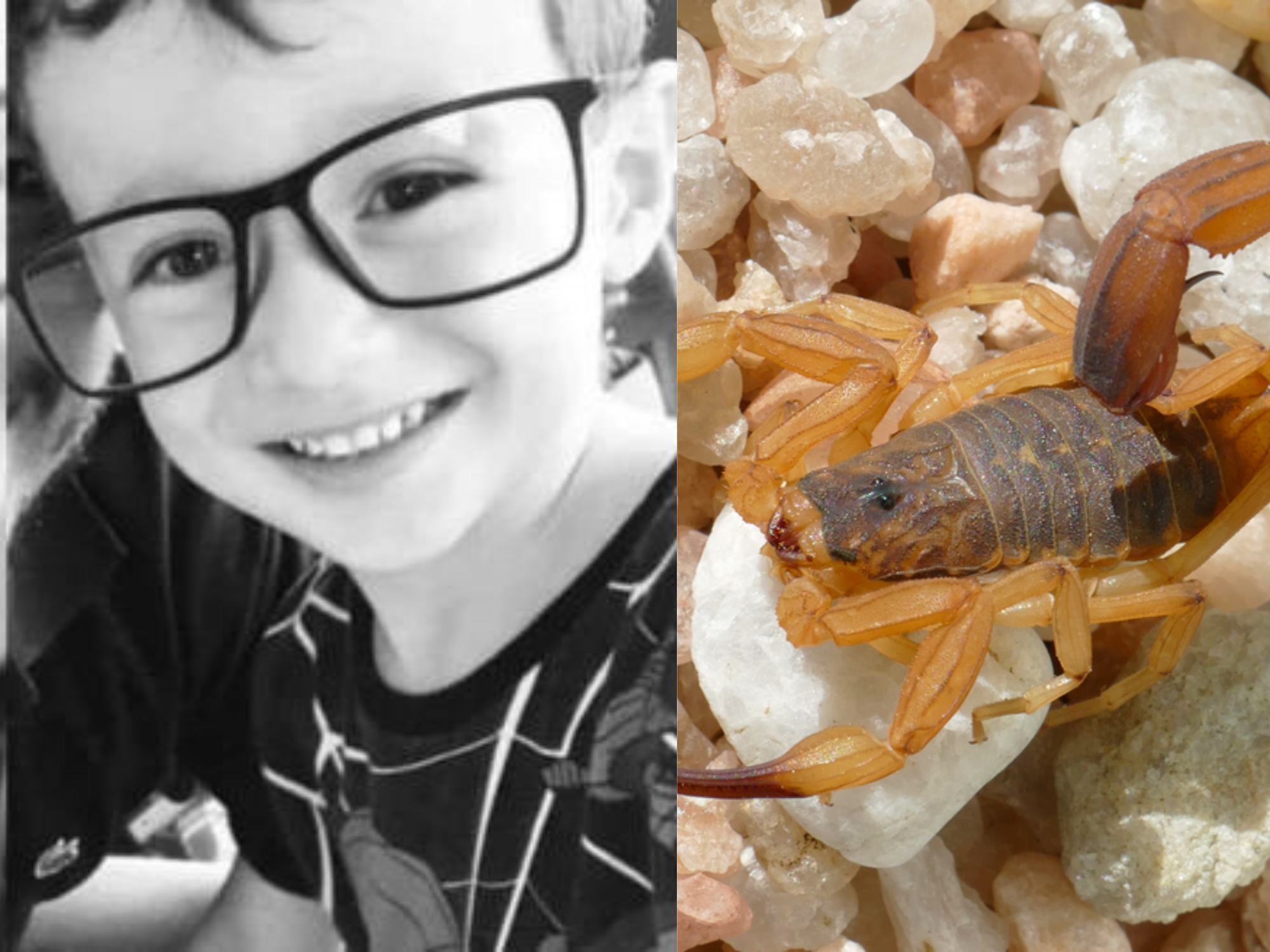 One of the world’s deadliest scorpions stung a seven-year-old kid, who later died.
While getting ready to go camping with his family, Luiz Miguel Furtado Barbosa of Anhembi, Sao Paulo state, Brazil, suddenly “screamed in anguish.”
Later, a Brazilian yellow scorpion, also known as Tityus serrulatus, was found in his shoe.

His mother Angelita Proenca Furtado told local media: ‘As soon as he put it on, he screamed in pain. As we didn’t find what had stung him, we kept looking.

‘But his leg started to turn red and he said that the pain was increasing. That’s when I imagined that it really was a scorpion and that I needed to find it to find out which one it was.’

Urging their son to the University of Sao Paulo Faculty of Medicine Clinics Hospital, Angelita and her husband Eraldo did so.
Luiz was admitted to the hospital’s paediatric ward right after, and the following day, he even showed signs of improvement.

‘They even removed him from some medication. He opened his eyes, tried to talk to me,’ Angelita said

‘I kissed him and he had to be sedated again, because he was very agitated.’

However, Luiz deteriorated and passed away on Tuesday, October 25, after experiencing a number of cardiac arrests.

The venom of the native Brazilian species Tityus serrulatus is exceedingly deadly and usually lethal.

We were getting ready to go camping because my son loves playing in the water, Angelita recalled when asked about the incident.

He was really concerned as usual. He appeared to want to experience everything he could in one day. I understand that it appears as though he was genuinely pressed for time.