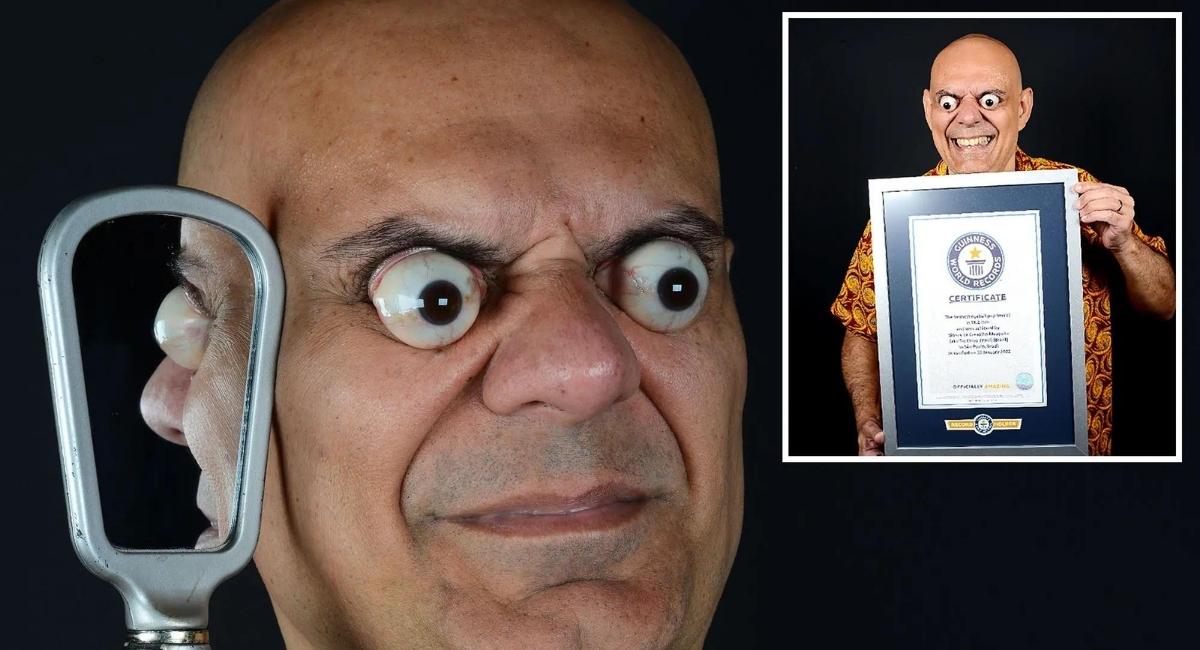 Next year, a Brazilian guy honored for having the farthest eyeball pop will make a striking debut in the Guinness World Records. Sidney de Carvalho Mesquita, aka Tio Chico, holds the record for men. His eyeballs stick out an astounding 0.71 inches from their sockets.

De Carvalho Mesquita was nine years old when he first noticed his amazing talents while making goofy faces in the mirror. While thrilled by his extraordinary skill, his family was initially concerned it might be a symptom of a disease.

Fortunately for De Carvalho Mesquita, that wasn’t the case. 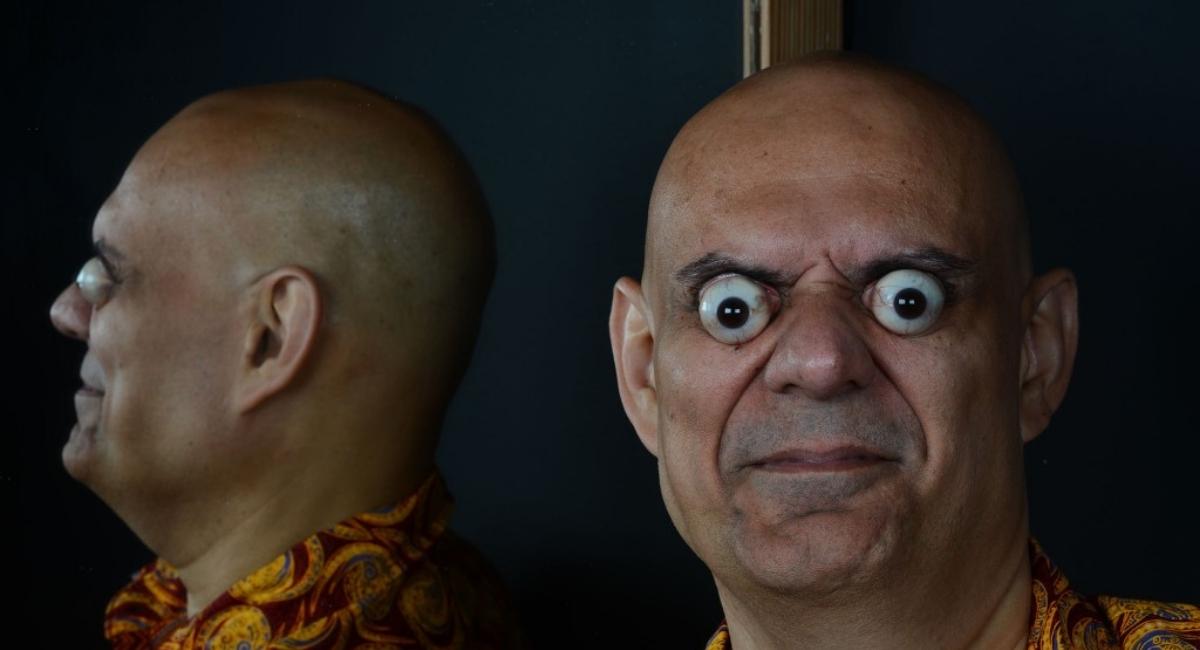 Furthermore, he has subsequently been able to make use of his talent in both personal and professional contexts. Additionally, he aspires to become famous for his abilities not just in Brazil but across the globe too.

According to de Carvalho Mesquita, “My skill is definitely a gift. It came from my father, my mother, and the creator, too.”

Moreover, globe luxation, a rather uncommon disorder that can be measured by an optometrist, is the medical term for the phenomenon that causes de Carvalho Mesquita’s eyes to pop.

Sidney loves to scare people on the street with his incredible eye-popping ability! 👀 pic.twitter.com/QpBJXmh9tJ

De Carvalho Mesquita describes the feeling of his eyes popping out of their sockets as “letting go of some part of my body.”

De Carvalho Mesquita’s act causes him to temporarily lose his vision before his eyes can concentrate again. He can pop his eyeballs out for 20 to 30 seconds at a time.

On another note, the skills of De Carvalho Mesquita go well beyond his eye-catching tricks. While he enjoys attending live performances so he may use his talent to amuse the audience, he is also a drummer and DJ and occasionally dresses up as Uncle Fester from the Addams Family for cosplay. 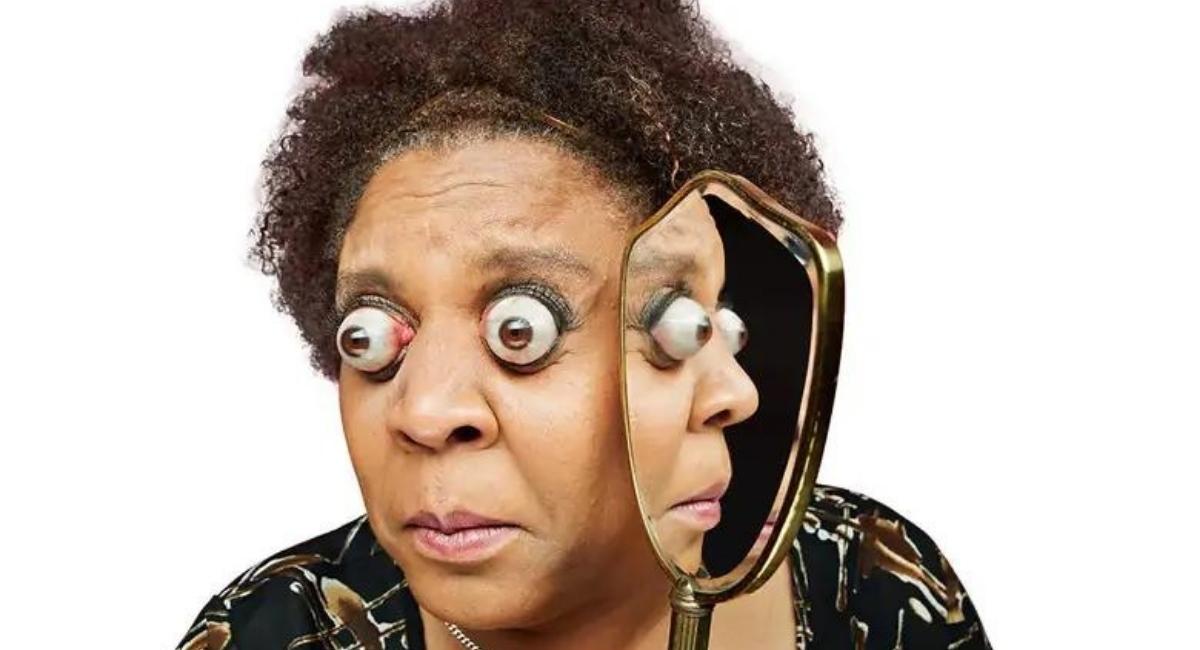 In addition, he also runs Tio Chico’s Burger, a hamburger delivery service, and works full-time in sales in the electronics sector.

However, he spends the majority of his leisure time with his wife Egly, who he claims did not know of his special talent until after they were engaged. Nonetheless, Egly became his biggest supporter.

De Carvalho Mesquita said he experienced “pure excitement mixed with elation and ecstasy” when he learned that his eyeball pop would qualify him for the Guinness World Records. 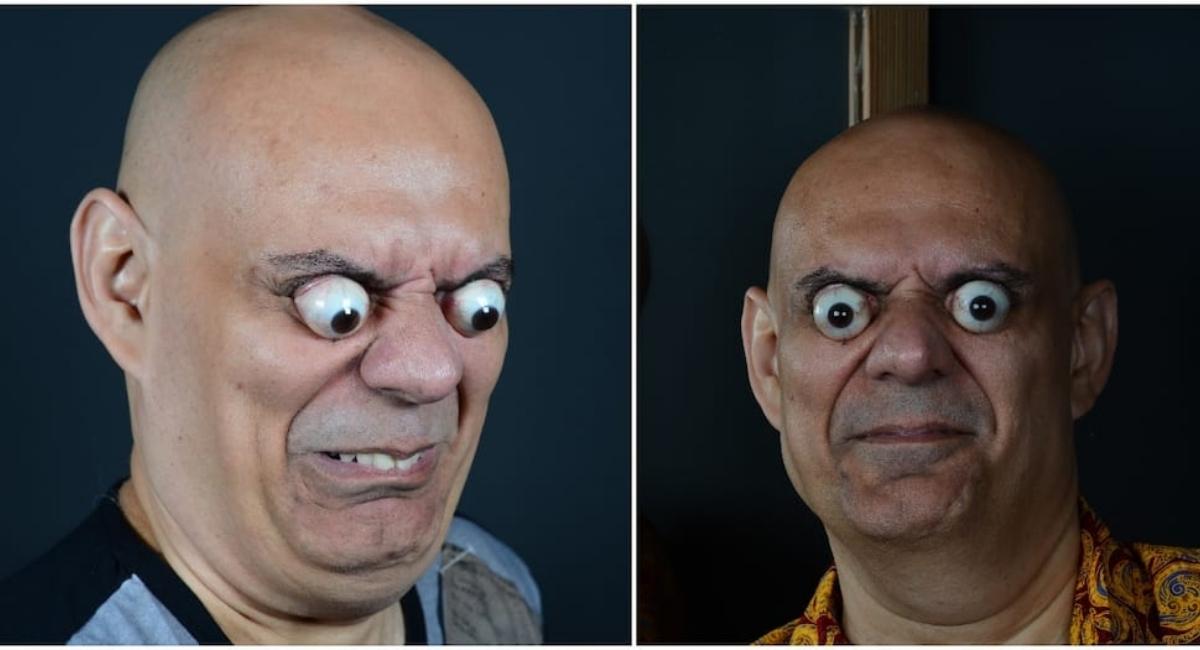 He said, “A dream come true means opening doors for my work to be even more recognized, and I hope to make the most of this great opportunity as part of the Guinness World Records family.”

Sidney’s record was verified in Sao Paulo, Brazil on January 10, 2022.

In other news, Kim Goodman of the US holds the record for the farthest eyeball pop in a woman, measuring 12 mm (0.47 in) from the eye sockets. She has held the record since November 2, 2007.