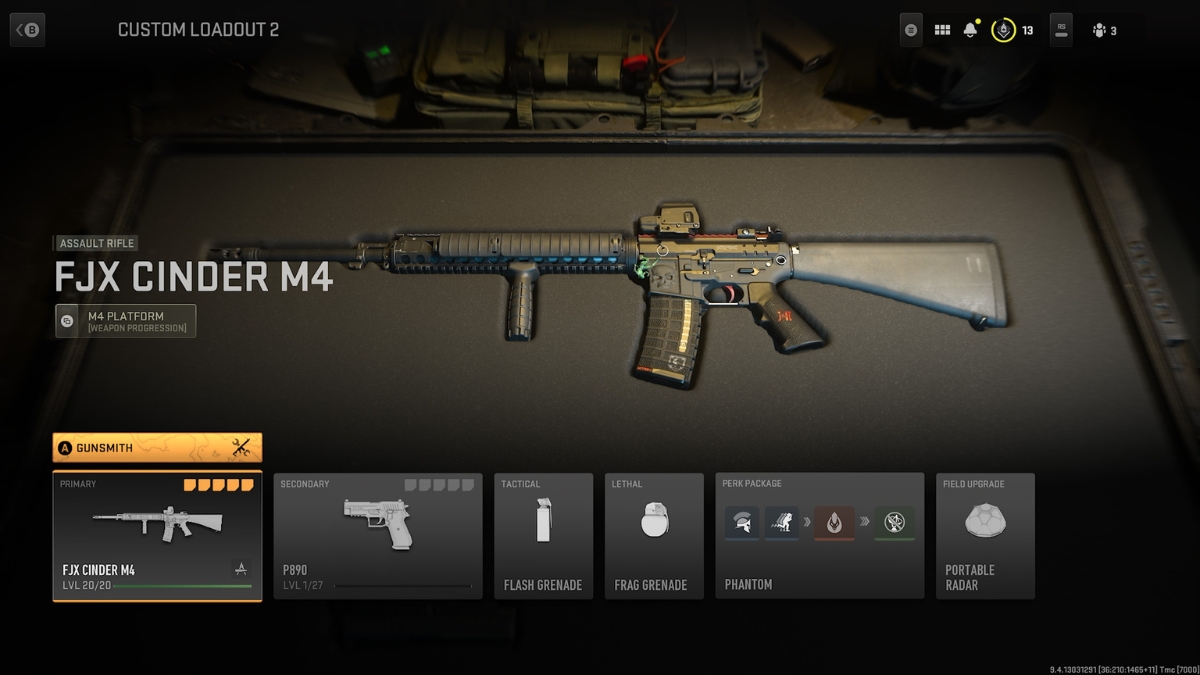 In Call of Duty: Modern Warfare II, the weapon you have at your disposal determines how good you are. The M4 is one of the best assault guns in the game. Even at the highest levels of multiplayer, using and upgrading this basic weapon is very worthwhile.

SUMMARY OF THE M4

You might be unsure of how to construct the M4 because Modern Warfare II’s gameplay differs from earlier installments and because weapon attachments function a little bit differently. Fortunately, we have all the information you’ll need to create the ideal Modern Warfare II M4 loadout.

The M4’s simplicity of use is its strongest feature. It’s time to kill (TTK) isn’t the quickest in the game, but it is quite precise and has little recoil, which makes it a great weapon for all gamers. However, it’s important to be aware of the M4’s limitations in order to avoid getting into trouble. The M4 performs well at mid- to long-range, but you’re not going to win any close-range gunfights versus an SMG with it. The M4 is highly competitive versus other assault rifles thanks to its competitive aim down sight speed, which is roughly 240ms (according to TheXclusiveAce).

There are many ways to construct the M4, but for our suggested loadout, we’ll give all-around numbers for common 6v6 match types priority. You can—and should—adjust when playing on different-sized maps or in elimination modes like Search and Destroy. The community is still discovering how attachments function in Modern Warfare II, therefore it’s important to keep in mind that this suggested design might change in the future.

The Tempus Trench Pro Barrel Barrel should be used as the first component of the design because it has faster ADS and movement speeds, enhancing its ability to compete in close quarters. Next, use the Corio Laz-44 V3 Laser, which performs similarly to the Modern Warfare 2019 Tac Laser. This provides quicker ADS responses and improved targeting stability.

The SZ Mini Optic, which provides you with a clean view when aiming down sights, is then something we advise employing. Always remember that this is a matter of preference; go with your choice. The Demo Precision Elite Factory Stock is then advised to offset the drawbacks of the other attachments. This improves your ability to control recoil and stabilize your aim, making it much more effective at a distance. Finally, for better aiming idle stability, choose the FSS Sharkfin 90 Underbarrel.