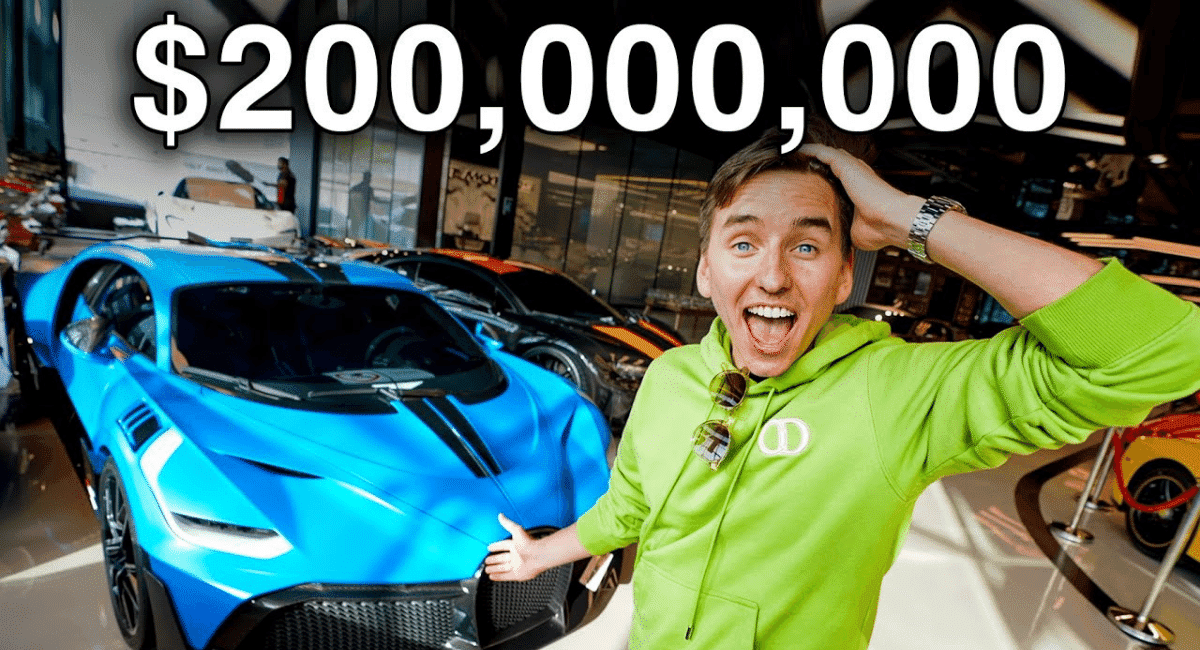 On his YouTube channel, Carl Runefelt travels to F1rst Motors in Dubai, a dealership that deals in extreme luxury cars. The dealership’s entire inventory has a fantastic car collection worth over $200,000,000, an incredible value among a collection of luxury cars, supercars, and collectible vehicles.

Early in the video, he’s told that he can film at the dealership but is not allowed to touch or sit in the cars. Eventually, he’s granted permission to get a closer look along with a dealership staff member and provides a close-up view of some truly incredible vehicles. 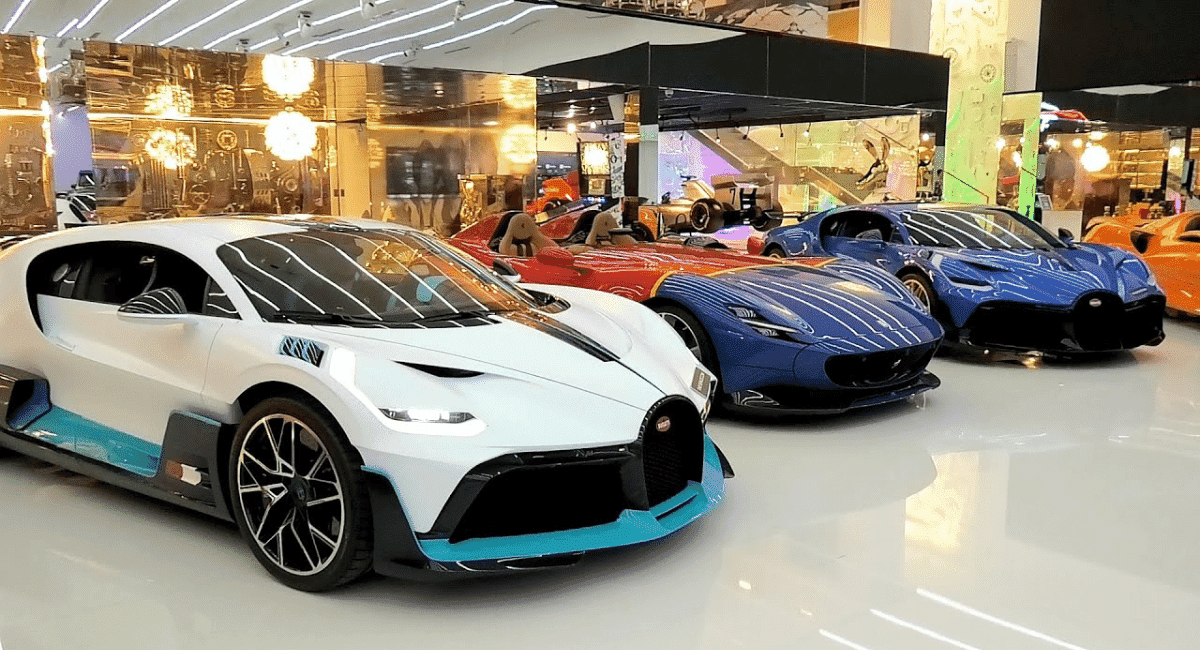 F1rst Motors Of Dubai The first car Carl looks at is a $4,500,000 McLaren Speedtail. The unique design has the driver sitting in the center with two passenger seats on either side of the driver. It’s an unusual concept that is unlike anything else on the road.

Among a row of fantastic car collection, G-Wagons, the luxury SUV is available in various configurations and color options, showing the range of this highly sought-after SUV available at this dealership. One of the highlights is the satisfying sound of a door closing on the G-Wagon, which they comment on.

They discuss the difference between the Bugatti Veyron and the Bugatti Chiron, with the majority consensus being that the Chiron is the superior Bugatti. However, Carl says that the Veyron is one of his dream cars, and he would prefer one.

Walking past a Lamborghini Huracan, the group agrees it is a “poor man’s Lamborghini.” It is frequently the choice of car enthusiasts who only recently came into money and want a luxurious, performance-oriented car before knowing what is available. Narrowing In On A Decision Via YouTube – Carl Renefelt A silver Mercedes-Benz 300SL is a big highlight, a car he describes as “class, elegance, history” and a car he intends to have one day. The 300SLR, as it’s revealed, recently broke the record for price at an auction, selling for $141,000,000. 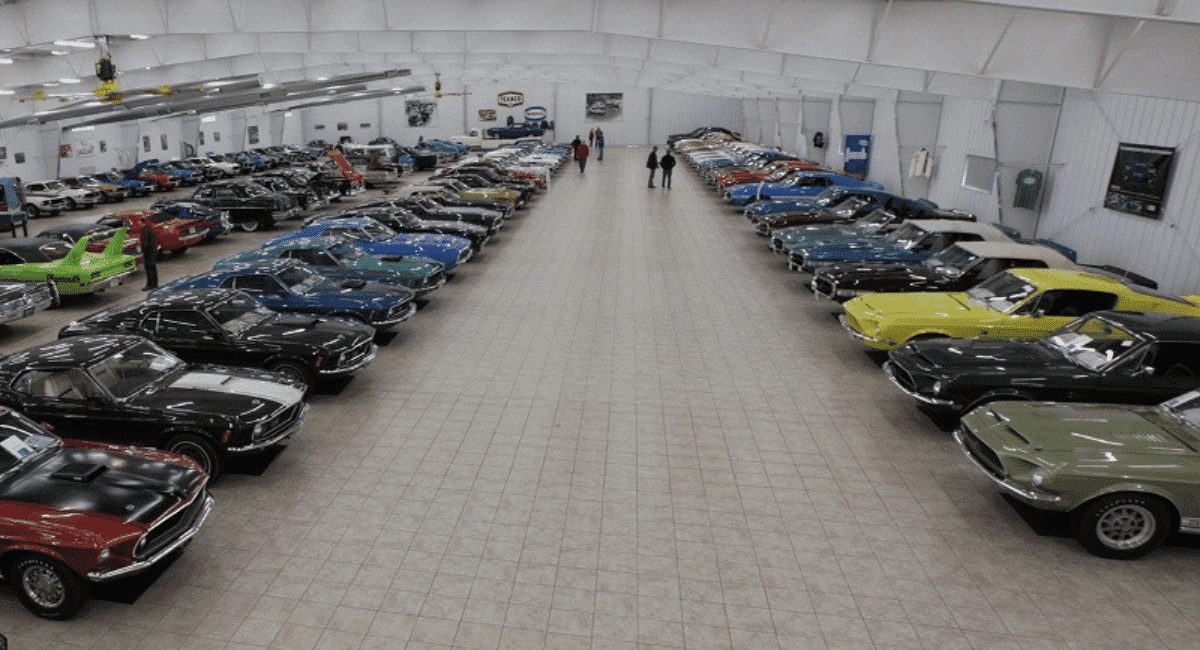 Keeping in theme with Mercedes, they look at an SL which is a one-of-one made and comes equipped with 800 hp. Carl says he will buy a Mercedes SL one day but does not yet have the parking space for one, and it will have to wait.

Later they head into the VIP area in an underground garage with some even more exclusive vehicles. Among those is a Lamborghini GT 400 with a value of $400,000, an Eleanor Ford Mustang with a value of $250,000, and the only one in the world with a black exterior paint color.

The conversation turns to Rolls Royce, looking at a $900,000 one with a teal interior before opening the door of a royal blue Rolls Royce Cullinan with an orange interior. While admiring the Cullinan, he asks which luxury SUV is best: the Cullinan, Lamborghini Urus, or Mercedes-Benz G-Wagon. The Cullinan he looks at has a value of $615,000, which he comments is reasonable for what he would be getting.