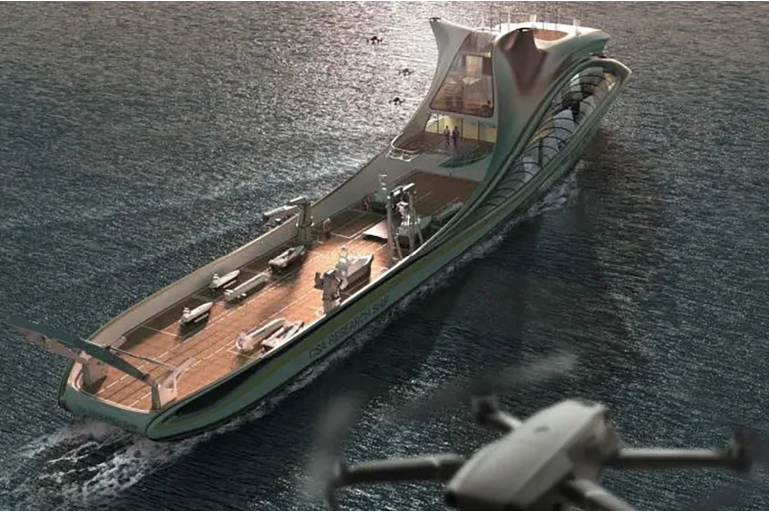 China has recently floated a massive drone ship –  the world’s first semi-autonomous drone carrier. This drone ship will carry, launch, recover and coordinate the actions of more than 50 other autonomous aerial, surface, and underwater vehicles.

The AI-powered ship, known as Zhu Hai Yun, was launched on May 18 in Guangzhou and can travel at a top speed of 18 knots. This 88.5-meter-long ship is an open deck for storing, launching, and recovering flying drones.

Moreover, it is also outfitted with launch and recovery equipment for aquatic drones, making it perfect for maritime research. Also, the ship’s drones are reportedly capable of forging a network to observe targets. Its AI operating system enables it to carry 50 flying, surface, and submersible drones that can launch and recover autonomously.

The construction of the ship started in July 2021, with all its core components, including survey operation support systems, power, propulsion, and custom AI system independently researched and developed in China. The ship is likely to finish its sea trials and be commissioned by the end of the year.

Moreover, the design of the unmanned ship will enable it to run on the remote control until it goes into open water. As per the Chinese state-run Science and Technology Daily, the drone ship will be deployed to carry out marine scientific research and surveillance. In addition, it will serve several roles in marine disaster prevention and mitigation, environmental monitoring, and offshore wind farm maintenance.

“The Intelligent, unmanned ship is a beautiful new ‘marine species’ that will bring revolutionary changes for ocean observation,” said Professor Dake Chen of the Chinese Academy of Science’s School of Oceanography.