Home » News » Dead Spider Used as Robot: Welcome to the World of Necrobiotic 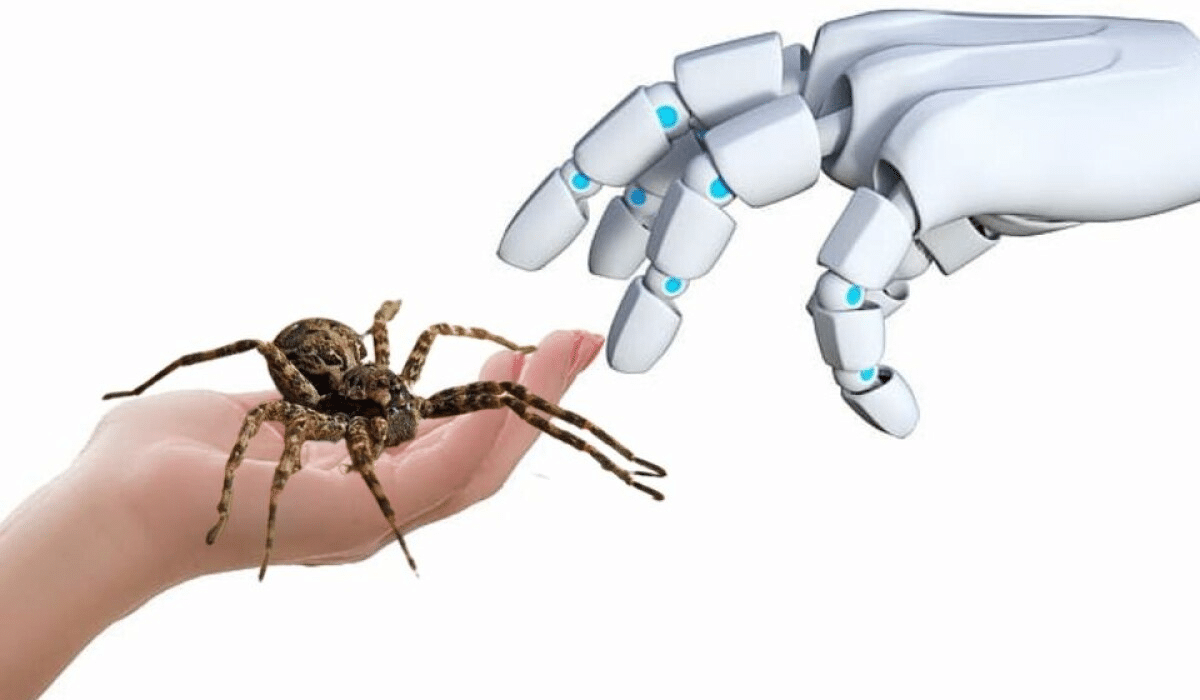 What if the dead bodies of animals, especially insects, can be utilized by scientists as necrobots?
Well, it’s done! Researchers of Rice University in Houston, Texas, took a dead spider’s lifeless body and reanimated it as a robot, an idea that would be the stuff of nightmares for the majority of people.

In recent times, a team of researchers turned the carcass of wolf spiders into arcade-style claw machines that could pick up and move various objects, including other dead wolf spiders.
When Faye Yap, a mechanical engineering graduate student, and her adviser Daniel Preston saw the dead spider’s body, they thought about why the spider’s legs curled up that way. After researching it, they learned that the fluid’s hydraulic pressure pumps into living spiders’ legs to straighten them out. 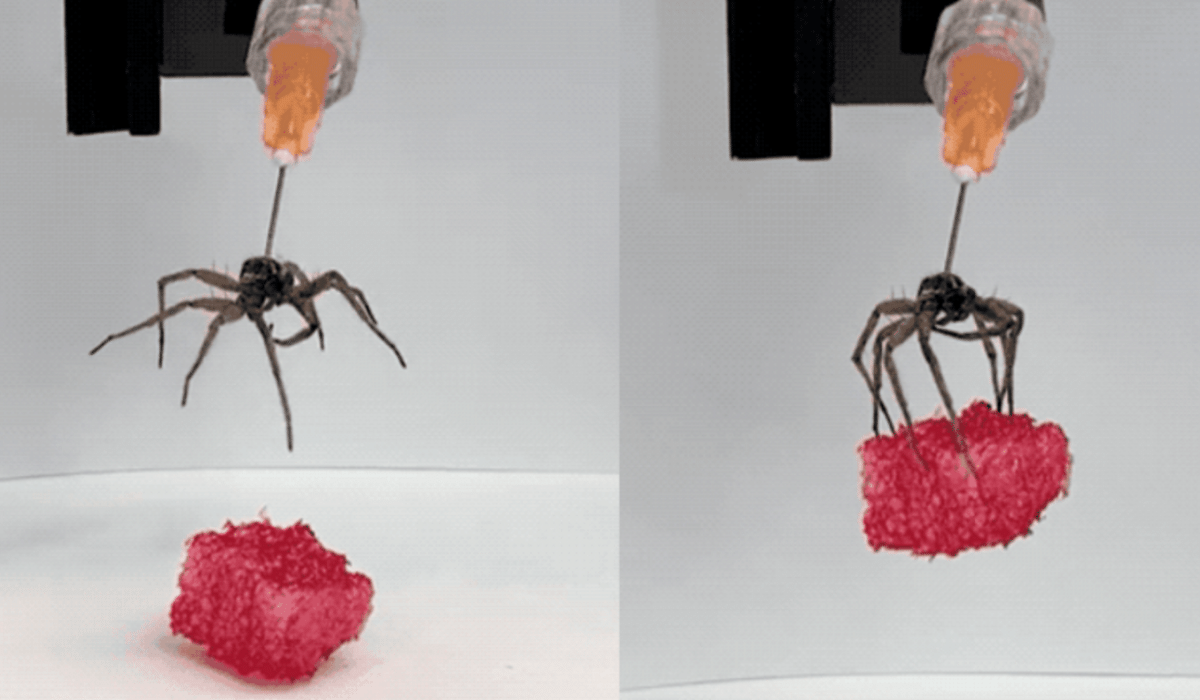 After examining closely why the legs of dead spiders always seem to end up pulled tightly toward their abdomens, scientists learned that spider joints were controlled through a hydraulic pressure system that fails when they die. The team then realized they could reverse the mechanism of this hydraulic system to approach the spider’s stiff limb and give it a second life as a machine.

“When they die, they lose the ability to pressurize their bodies actively,” lead study author Faye Yap, a doctoral candidate in mechanical engineering at Rice University, said in the statement. “That’s why they curl up.”
However,  the idea of giving second life to the dead body of a spider didn’t seem too odd since Preston’s research group deals with soft robotics, an area of study that uses non-traditional, more delicate substances like hydrogels elastomers and textiles. 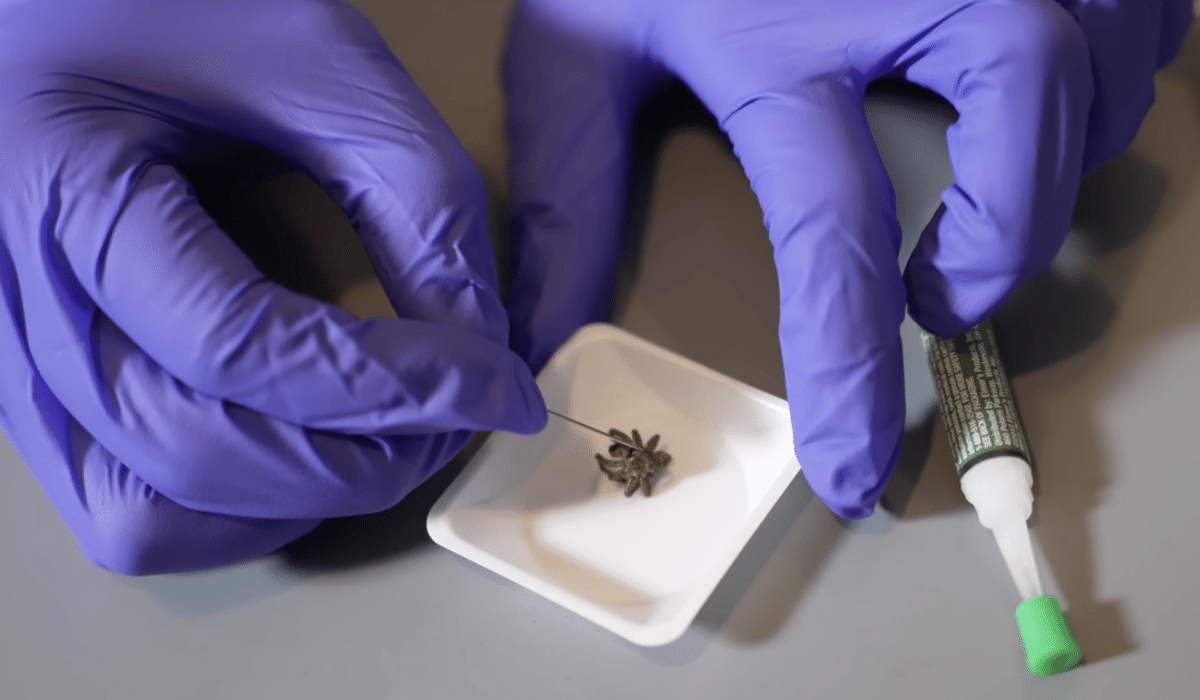 For their inspection, Preston, Yap, and other students on the team used a thin needle to inject air into a dead wolf spider’s prosoma. When inserted at just the right spot, their method worked instantaneously, uncurling all of the legs at once.  Afterward, they tried using the spider, which tends to be about 1 to 2 inches wide, including the legs, to pick up various items of different sizes and weights, like a dice-sized cube, a circuit board component, and even another more enormous spider.

More interestingly, it turns out that their spider gripper could lift up to  130 percent of its body weight, and it could open and close 1,000 times.

The researchers wrote in a newspaper about their necrobiotic gripper, published in the Journal Advanced Science on July 25, “The entire process, from inserting the needle to the glue setting to create a fully operational gripper, can be performed in approximately ten minutes.”

The scientists are of the opinion that their new research could encourage the innovation of other necrobots from the carcass of other dead animals.
Daniel Preston, Senior Study Author and an Assistant Professor of Mechanical Engineering at Rice University, revealed that “It’s something that hasn’t been used before, but it has a lot of potential.”