Home » News » Did you know about the Caviar Apple Watch 7 Edition? 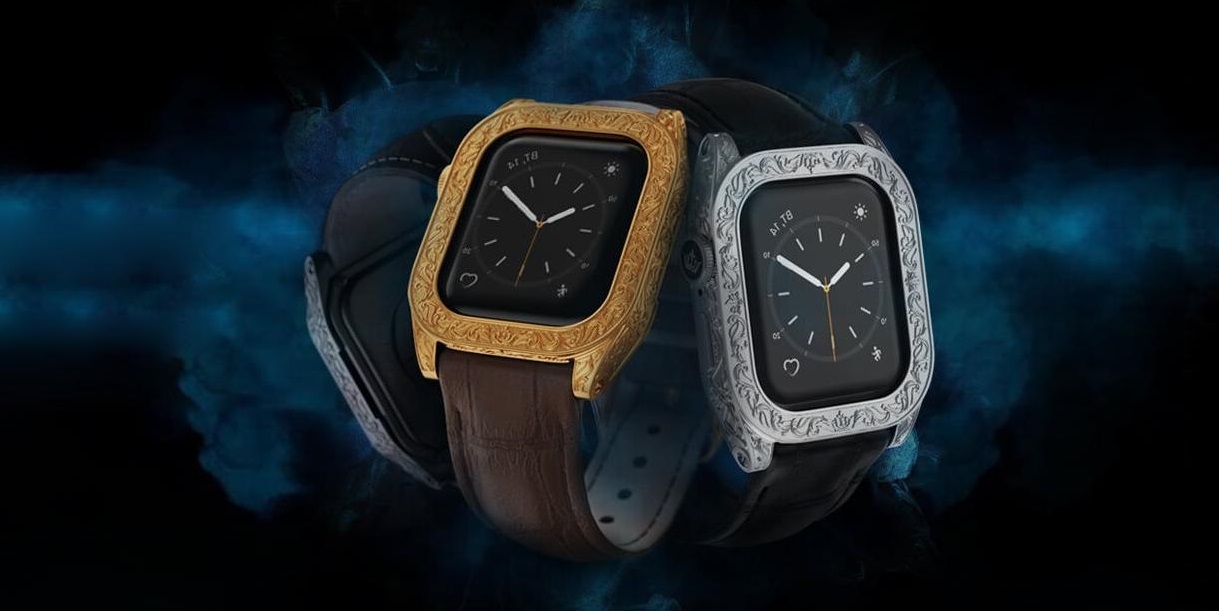 Caviar is a Russian brand of exclusive accessories like smartphones, watches, and jewelry items. The brand uses precious stones, gold, and genuine leather to offer its customers the most sophisticated luxe-class elegant products. Recently, Caviar introduced a series based on the Apple Watch 7, falling mainly into two versions.

The first version flaunts embossed ornamentation inspired by the works of Gustave Young. Gustave was a renowned 19th-century engraver of American firearms. In addition, the first version of the Apple Watch 7 limited edition by Caviar has been named the Moon series. Users have four options to select from in the Moon series – the Night Moon, Blood Moon, Dark Moon, and the Gold Moon. 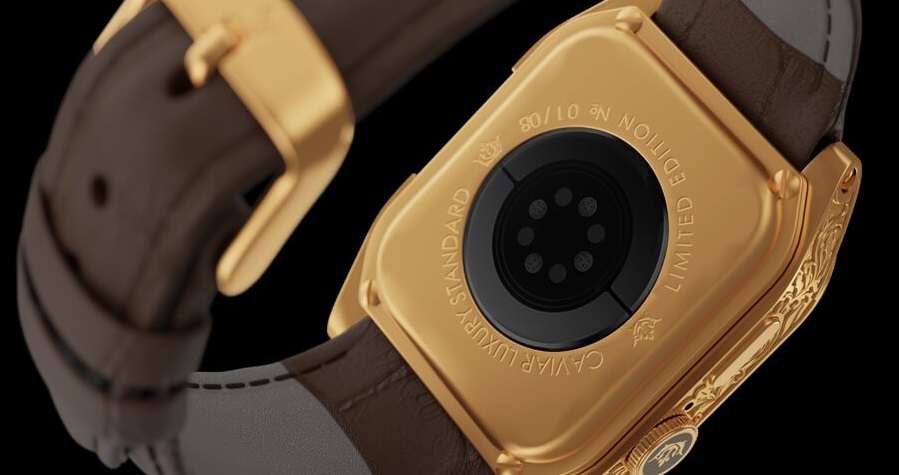 The Moon series starts at $3,260 with the Nigth Moon, with the most expensive being the Gold Moon at $25,070. The Night Moon version covers the smartwatch in white bronze and has a black crocodile leather strap. Most importantly, there are only 99 copies of it available. In addition, the Gold version’s availability is limited to 8 copies. It covers the smartwatch in 18K gold and has a brown crocodile leather strap.

The second version of the Caviar’s Apple Watch 7 limited edition contains two Rivets watches that boast an industrial look. Additionally, they both have aviation-grade titanium bodies with black PVD coating. The other versions of this edition include the Line and Flame versions. Likewise, they also possess a titanium body with laser-engraved decorative patterns. Lastly, their price tags fall in the mid $3,000 price range.