Dyson, the tech gadget manufacturer, specializing in innovative vacuum cleaners, has forever been into robotics. Additionally, the company recently revealed that Dyson is working on a secret robot in a video. Jake Dyson, the son of the founder and CEO James Dyson, is seen hosting the video. The video offers a sneak-peek into Dyson’s ongoing robotics work.

Furthermore, Dyson launched the 360 Eye robotic vacuum six years ago. The unique vacuum cleaner was the perfect combination of forward-learning automation and out-of-the-box innovation. However, it lacked the latest Wi-Fi connectivity channel. As a result, the product was not a commercial success. But, with the recent video, it seems like Dyson has not left the bandwagon of robotics.

The video portrayed Jake in front of a pair of large hangers at the Hullavington Airfield in Wiltshire, London. According to Jake, Dyson has a “big future in robotics” and is working with Imperial College researchers towards that goal. Consequently, they have been developing various automatons that can save time and enhance the lives of their customers. Interestingly, the robots in the video were depicted grabbing children’s toys off the floor and snatching plates from a drain. In addition to that, the robots are seen using robotic vision to clean an easy chair with a robotic arm equipped with a tiny Dyson vacuum. “This means I’ll never find crisps down the back of my chair,” jokes Jake Dyson. 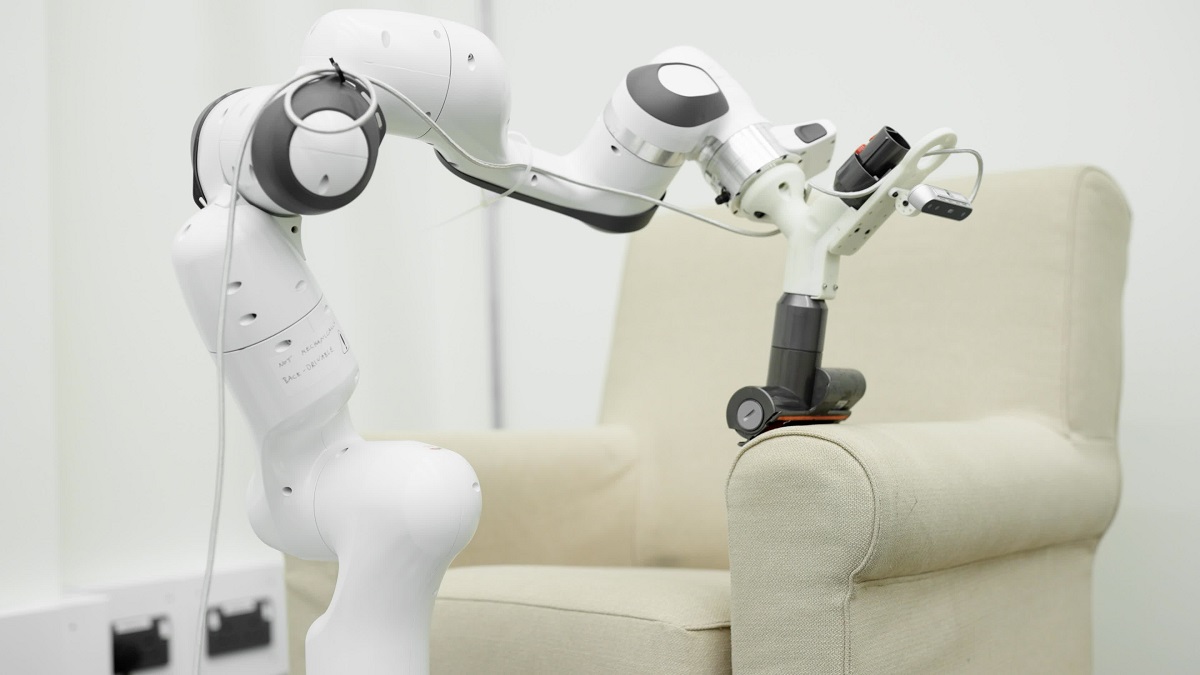 Moreover, most of the robots seen in the videos are Dyson’s current robots for household environments. For example, it includes the Dyson staircase, portraying a set of stairs, but no robot is seen navigating them. Additionally, home robotics is a highly complex market. iRobot is likely the most successful consumer robotics company in the world. The company offers robot vacuum cleaners and even healthcare robot systems for hospitals. But, Dyson has other plans for their robots, and they are much grander.

Jake said that robots are the “future of Dyson” and that most of these research projects are well underway. However, there is no clear timeline about if or when these Dyson robots will launch on the market. And to counteract that, Dyson revealed that the results of these projects provide feedback on how to enhance the function and performance of their current products. So, what was the point of the whole video?

It seems like the recent video by Dyson is more for recruitment purposes than a product release announcement. The reason is that Dyson revealed that it intends to hire 700 engineers to work on a “robot brain.” Where will this “brain” go? No one knows. However, the video did not show the whole research center, so maybe, Dyson might have something top-secret going on. Who knows? Let’s hope so!