One of the first Apple handsets that supported eSIMs was iPhone XR and the iPhone XS in 2018 with iOS 12.1. Additionally, this new development enabling the transfer of eSIM between iPhones with iOS 16 is welcome news.

Furthermore, users can easily set this feature up in their devices’ Settings app. But, first, they need an iPhone running iOS 16. Then, users need to tap on “Set up eSIM” in the Settings app. Following that, an option to transfer an eSIM and its associated phone number from another iPhone via Bluetooth will appear. However, Apple advises users to ensure that the iPhone they want to transfer an eSIM to must be nearby and unlocked. In addition, the iPhone’s Bluetooth must be on and run on iOS 16 or later. 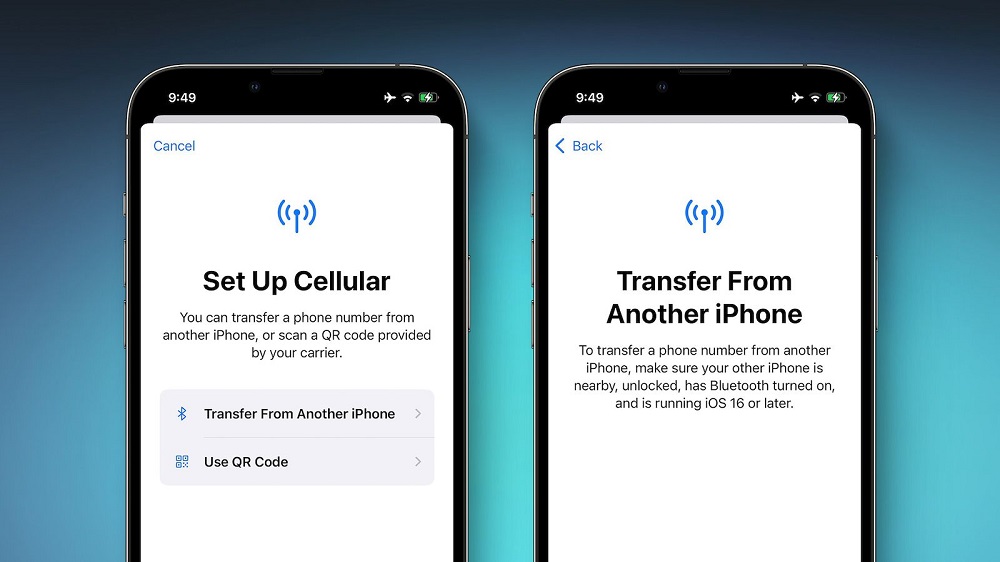 Moreover, the feature is available in multiple countries. The list includes the United States and the United Kingdom. However, the transfer of eSIM through Bluetooth is only possible with eSIMs issued by carriers that support the feature. And since iOS 16 is currently in beta and announced only a few days ago, carrier support might be limited. In addition, Apple will continue to offer the previous, more traditional option of setting up an eSIM. It requires users to scan a QR code provided by a carrier to set up an eSIM.

What is an eSIM?

An eSIM is a digital SIM. It enables users to activate a cellular plan from a carrier without a physical nano-SIM card. On the one hand, the iPhone XS and newer models support only a single eSIM. On the other hand, all four iPhone 13 handsets have dual eSIMs.

In addition, Apple gave the first beta of iOS 16 to developers earlier this week. And a public beta of iOS 16 will be available in July. Besides, the Cupertino tech giant announced that iOS 16 would launch in the fall. Hence, that’s how long all users must wait to use this remarkable new eSIM transfer feature.