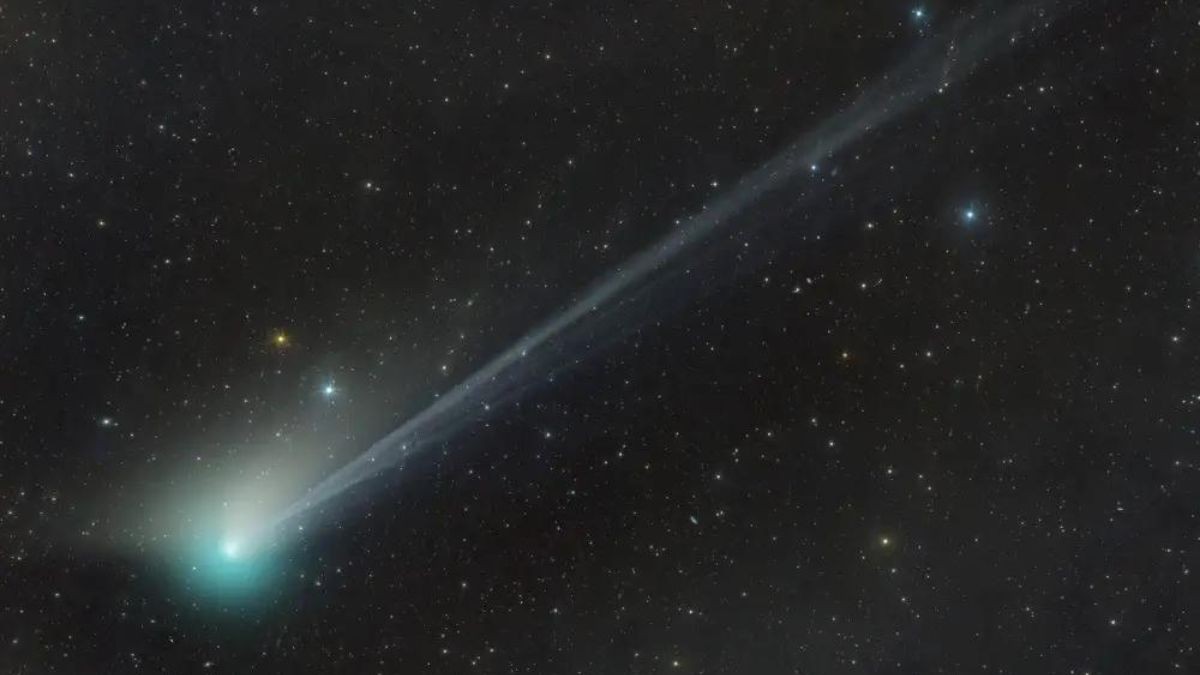 The Green Comet, also known as C/2022 E3 (ZTF), is making its closest approach to Earth in 50,000 years, giving stargazers the opportunity to catch a glimpse of this rare celestial event. The comet was first discovered in March 2022 by the Samuel Oschin robotic telescope at the Zwicky Transient Facility and passed its closest point to the Sun, called perihelion, on January 12th.

Observers in the United States will have the best chance of seeing the comet through early February, potentially with the naked eye if in a dark viewing area, but binoculars or a telescope will provide a better view. The best time to see the comet is during the predawn hours, according to NASA. The comet will make its closest approach to our planet on February 2nd, coming within 0.29 AU (about 27 million miles) of Earth.

The Green Comet is currently located in the constellation Boötes and near Hercules, making it difficult for observers in the Southern Hemisphere to see. However, its projected path will take it past Ursa Minor (the Little Dipper) and Camelopardis at the time of its closest approach.

Comets glow due to a combination of their chemical composition and sunlight. When comets pass near the Sun, they are illuminated and warmed by its energy, causing molecules on their surface to evaporate and fluoresce. Comets that contain cyanogen or diatomic carbon, glow green, according to NASA. The Green Comet may reach a brightness of magnitude 5 by the time it’s closest to Earth, making it visible to the naked eye under the right conditions. However, it’s recommended to use binoculars or a telescope for a better view.