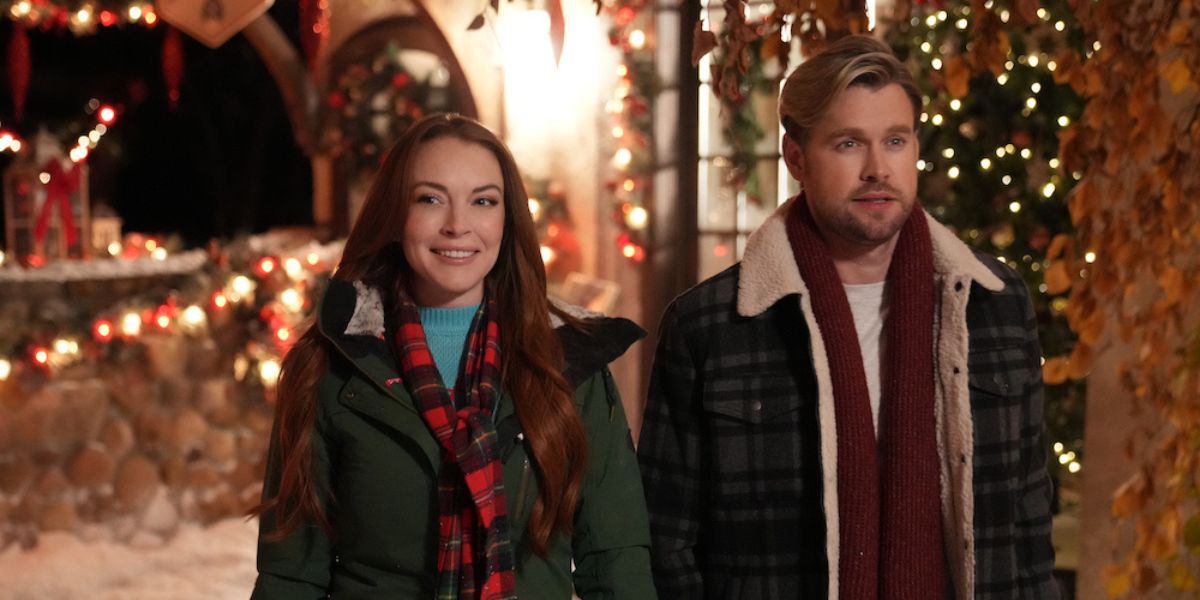 You might not be shocked to find that Lindsay Lohan’s Falling For Christmas is a bad movie. However, it’s cute that none does, and they all try their hardest.

The performers are aware of their roles, Netflix cracks jokes about itself, and in the end, the streaming giant has at least one predictable holiday rom-com to compete for viewers in what has grown to be a huge and seemingly endless market for them. Criticizing a movie like this for not being particularly good is like to yelling at a mall Santa Claus for not being able to perform real magic.

Its difficulties are almost insulting when contrasted to Mean Girls; Lohan, whose potential acting career was destroyed by the well-known traps of celebrity, could sleepwalk through a movie like this if she so desired. But despite being an adult, her eyes are still continually darting around, conveying the same sense of interest as she did when she was a child in The Parent Trap. There isn’t much evidence that her smart, vivacious nature has changed, other from the outward signs of her adulthood.

It is not necessary for a potential viewer to have seen any Hallmark Christmas movies to anticipate the expected rhythms of this movie. A rich girl accustomed to the city spends the winter in a tiny community.

She appears to have a wonderful life with a wealthy fiancé. However, she somehow contributes to a community issue and crosses paths with a down-to-earth, typical, unmarried family man whose life is directly impacted.

In the end, the city lady has been charmed by the simpler country life, breaks off her previous engagement, solves the major issue, and falls for the average guy.

Someone makes a Christmas wish, perhaps there is a bearded guy who might be Santa Claus in disguise. You might be Guy Pearce from the movie Memento if any of this sounds like a spoiler. To determine what to do next, examine your tattoos.

Here is what you need to know, everyone else: Sierra Belmont, the character played by Lindsay Lohan, is the heir to the wealthy Belmont hotel business. presently on vacation at a five-star ski resort owned by her beloved father Beauregard (Jack Wagner), who is about to put out of business a smaller, family-run lodge that is still luxurious but not in the same way.

Jake Russell (Chord Overstreet), a perfectly coiffed widower with blond highlights, runs that lodge, an apparent B&B with four beers on tap. He is assisted by his sage Latina mother-in-law and their precocious, huge-toothed daughter, Olivia Perez. (Alejandra Flores).

Tad Fairchild (George Young), a social influencer with a Cockney accent, exclaims things such, “What sort of trash forest doesn’t have a mobile tower,” and is Sierra’s lover. He deserves his payback, just like all the social influencer characters in every movie released this year.

This is Janeen Damian’s first time directing. She frequently produces Christmas TV movies and uses her Netflix budget to add sweeping drone shots, CGI backgrounds, slow-motion snowboarding, and a clear glass rooftop hot tub with a few models in it to enhance the obvious staged elements. Visual diversion is nice because little of it is crucial to the plot, and even the plot itself isn’t actually crucial.