Home » News » 15YO Emilee Dubes from Missouri is Missing, family worried she is being held against her will 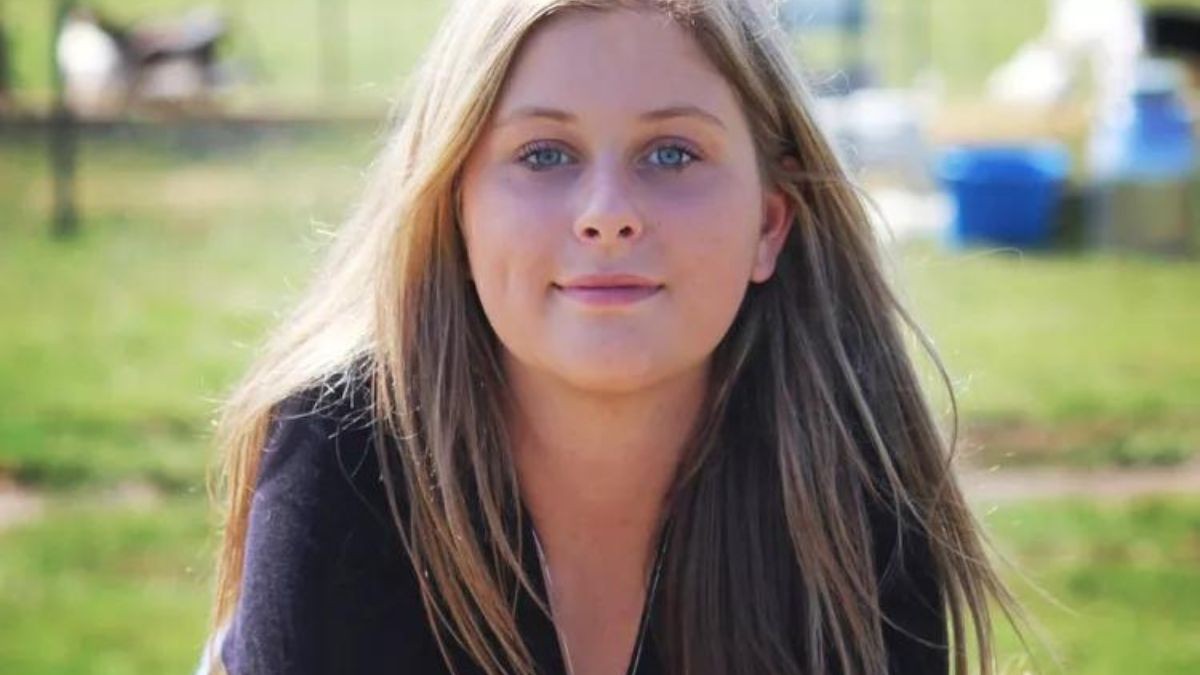 The family of a missing 15-year-old Missouri girl worries that she is being held captive after she has been gone for more than a week. According to the non-profit group Missouri Missing, Emilee Dubes, 15, was last seen in Ashland on the evening of December 4. In a flyer shared on social media on Wednesday, Missouri Missing stated that “Her family believes that she could be in the Fulton, Missouri, area, being held against her will.”

According to the Missing Person Awareness Network, “investigators in Missouri determined Emilee has been in contact with individuals and might possibly be in the Fulton [Missouri] or Morrison, Illinois area.” However, despite these leads about Emilee’s whereabouts, Missouri Missing stated in the brochure that “she could be anywhere.” They also added, “Her phone is not with her.”

Additionally, according to KOMU, the teen disappeared in the middle of the night. In addition, Ashland police were informed that the teen had left the house without permission or knowledge from her parents at 5 a.m. on December 5. Since she vanished, officers have investigated “various leads,” the department said. 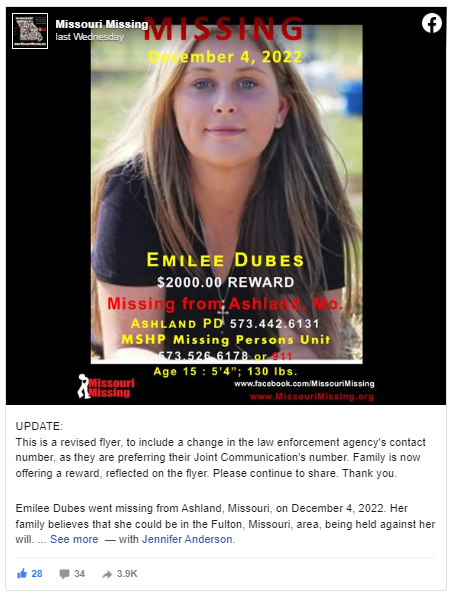 Also read: Woman stabbed to death after an alleged fight with boyfriend in Manhattan

Furthermore, a $2,000 reward is being offered by Emilee’s family in exchange for information about her whereabouts. She is described as having blond hair, blue eyes, and dimples on her cheeks. Additionally, she is 5 feet 4 inches and weighs 130 lbs.

Kathy Dubes, the girl’s grandma, posted on Facebook on Saturday: “Dear Emilee, I want you to know that I miss you and love you. [There] are many people praying for you here in Missouri, Illinois, Kentucky, and even in Germany. Our prayers are for you to come home safe and soon. You are so important in all our lives your Family [loves and] needs you here with us.”