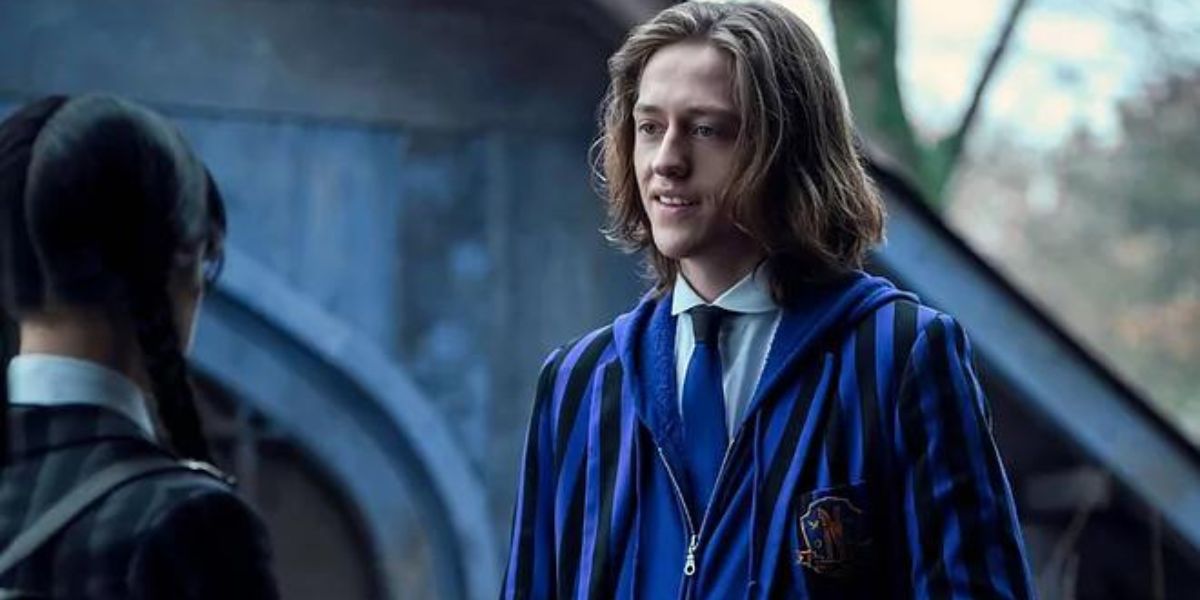 The second season of Netflix’s horror-comedy series Wednesday, starring Jenna Ortega, has just been renewed, but if the fans have their way, Percy Hynes White won’t appear in it. White, 21, has been charged with sexual assault after numerous images surfaced on social media, shocking followers. He portrayed Xavier Thorpe, one of the title characters’ romantic interests. The majority of the charges are made by high school kids, which makes them all the more startling.

According to MSN, the wave of accusations started when a Twitter user started a thread on the microblogging service with screenshots of texts from young women who had been subjected to the actor’s sex assault. She continued by calling him a “serial” abuser and urging everyone to pay attention to anybody and everyone who might have horrifying tales about the actor to tell. She also claimed on Twitter that White had body shamed women by calling them “fat, sl*ts, wh***s, c*nts, ugly, and liars” when they refused his advances.

White and his friends allegedly “explicitly invited ladies they thought were hot so they could get them drunk and high enough to have sex with them,” according to claims made on the thread. He has also been charged with abusing other women and publishing their naked photos without their permission. The thread has sparked a variety of responses, and the user tweeted to express gratitude for the responses and to support others who have spoken out.

The tweet read, “Knowing that me and my friend’s shocked, sick to our stomach reactions to seeing Percy Hynes White in our new favorite show is finally and my experience at his party in high school being justified cus yall are LISTENINGGGG . thank you.” The actor has now deactivated his Twitter account following the controversy and has made no comment. The team of ‘Wednesday’ are also yet to provide the verdict on whether or not White will continue to be part of the show, amid calls for him to be fired.