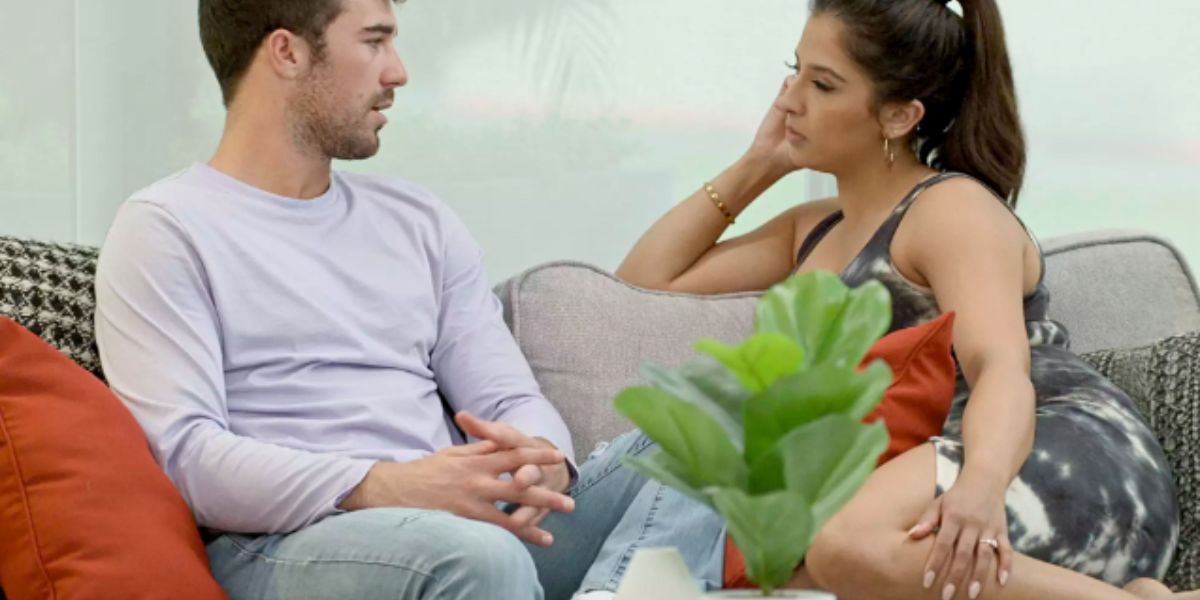 At their reunion, the “Love Is Blind” Season Three cast discussed the show’s highlights, lowlights, and humorous moments. However, the truth—and the Cuties—came out for one couple (or should we say ex couple).

This season, Zanab Jaffrey and Cole Barnett’s friendship was anything but easy. At the altar, the couple split up, and Jaffrey gave a scathing speech about how Barnett had undermined her self-worth.

On the show, Barnett once compared Jaffrey to co-stars Raven Ross and Colleen Reed, saying that Reed was more “his type,” while Ross was a “nine out of 10” in terms of attractiveness.

Jaffrey brought up encounters that weren’t included during the reunion and which, in her opinion, led to her rant against the wedding. Raven Ross brought up “the tangerine issue” (more on that later) and “fat shaming,” while co-star Alexa Alfia mentioned the “so many things that happened off camera.”

Jaffrey claimed that Barnett’s remarks about her eating caused her to manage her diet, and that occasionally while filming, she would live off of “a banana and a spoonful of peanut butter.” She claimed that Barnett tried to convince her to order salads by pushing food away from her, asking whether she was going to eat “that,” and so on.

How Jaffrey told the ‘Cuties’ story at the reunion

Jaffrey recounted their citrus-centric interaction, which Ross had referenced earlier on.

“People had known things that had happened,” she told hosts Nick and Vanessa Lachey. “Like trying to control what I ate and me trying to change my eating habits. People … a couple of my friends knew.”

Barnett replied, “That’s hilarious. I never once cared what you ate. What are you talking about?”

Jaffrey said, “The ‘Cuties story’ that didn’t make the cut. It was like 2 p.m., we were still filming, so I grabbed two Cuties, like the little tiny oranges that fit in the palm of your hand. He looked at me and he goes, ‘Are you going to eat both of those?’ And I said, ‘Yeah that’s a serving.’

“And he goes, ‘Well, we’re going out to eat later, maybe you should save your appetite.’”

Barnett said, “Oh my God, I cannot believe you would say that, Zay.”

Jaffrey replied, “This is all working out so wonderfully in your favor because they did not use it … I’m not crazy. I’m not a pathological liar.

Barnett, during the reunion, addressed the camera and said, “If you have (the clip), please air it.” And it did.

In the lead-up to the conversation, Barnett was talking about visiting Jaffrey’s parents’ family in England for a second wedding. Then, Jaffrey peels oranges in the kitchen. Here’s what happened.

Barnett: “Peeling oranges. Are you about to eat two of those?”

Jaffrey: “Maybe. That’s a serving. You okay with that?”

Barnett: “You better save your appetito.”

Jaffrey: “I’ve only had a banana and a scoop of peanut butter today.”

Barnett: “I’m talking a big old sucker tonight. You only had a banana today? Why?”

Jaffrey: “I could tell you, but probably shouldn’t.”

Barnett: “I offered you a poke bowl.”

Jaffrey: “I know you did but we had that last night.”

Barnett: “Oh, are you getting wedding dress bod?”