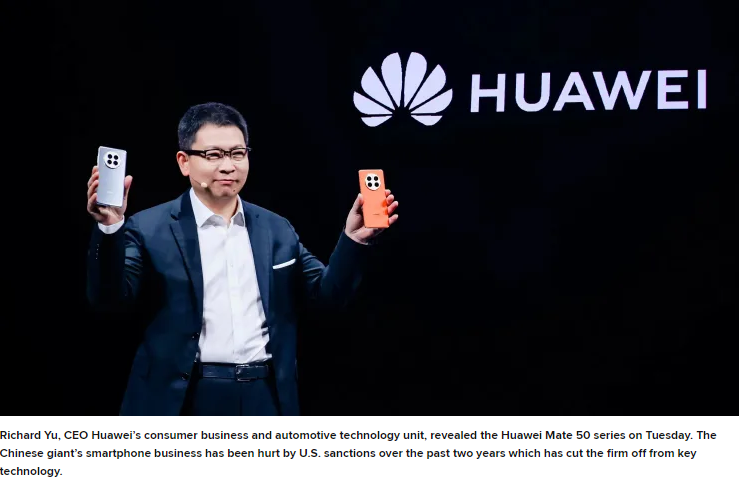 Launched by Huawei, this premium phone is reportedly the first one capable of connecting to China’s Beidou global positioning system.

Following the crippling effects of U.S. sanctions on its mobile phone business, the company is now attempting to stay relevant in the mobile industry.

The Mate 50 smartphone, MatePad Pro tablet, and Watch GT 3 Pro smartwatch were all unveiled on Tuesday by the Chinese electronics titan.

A new camera in Huawei’s Mate 50 features four lenses placed in a circle on the back. The handset is also equipped with Harmony 3.0, the most recent iteration of Huawei’s in-house operating system, which was initially made available in 2019 after the business was prohibited from using Google’s Android operating system as a result of U.S. sanctions.

Additionally, the Mate 50 lacks 5G connection due to U.S. sanctions that prevented the company from obtaining the necessary key chip. The phone instead connects to 4G networks from an earlier generation.

Nevertheless, Huawei asserts that this is the first publicly available smartphone that can link to China’s Beidou satellite networking. The Global Positioning System (GPS), which is controlled by the US government and is widely used around the world, is competed with by Beidou, which was finished in 2020. 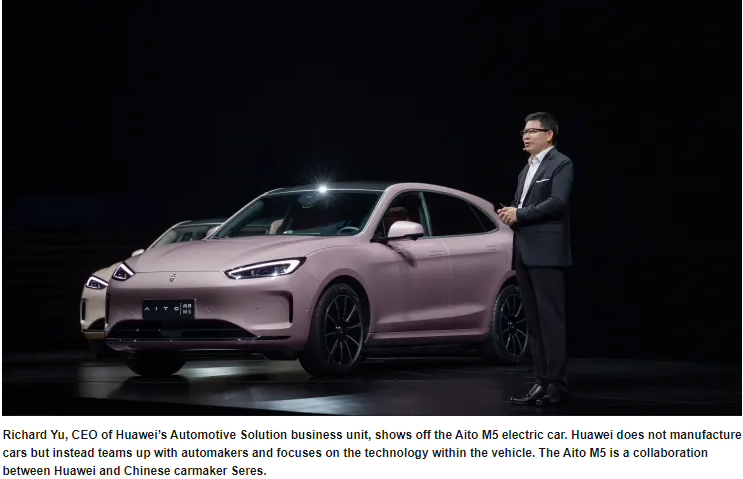 Users connected to Beidou can continue transmitting messages even if they lose contact with a terrestrial mobile network, as might happen if they are in a remote location.

After U.S. sanctions, which cut the company off from essential parts and software and destroyed its business, Huawei is attempting to stay relevant in the smartphone industry. Formerly the world’s leading smartphone manufacturer, Huawei today has a very little market share.

The business is hoping that some of the slack may be made up by its other goods, including the tablet, wristwatch, and other accessories.