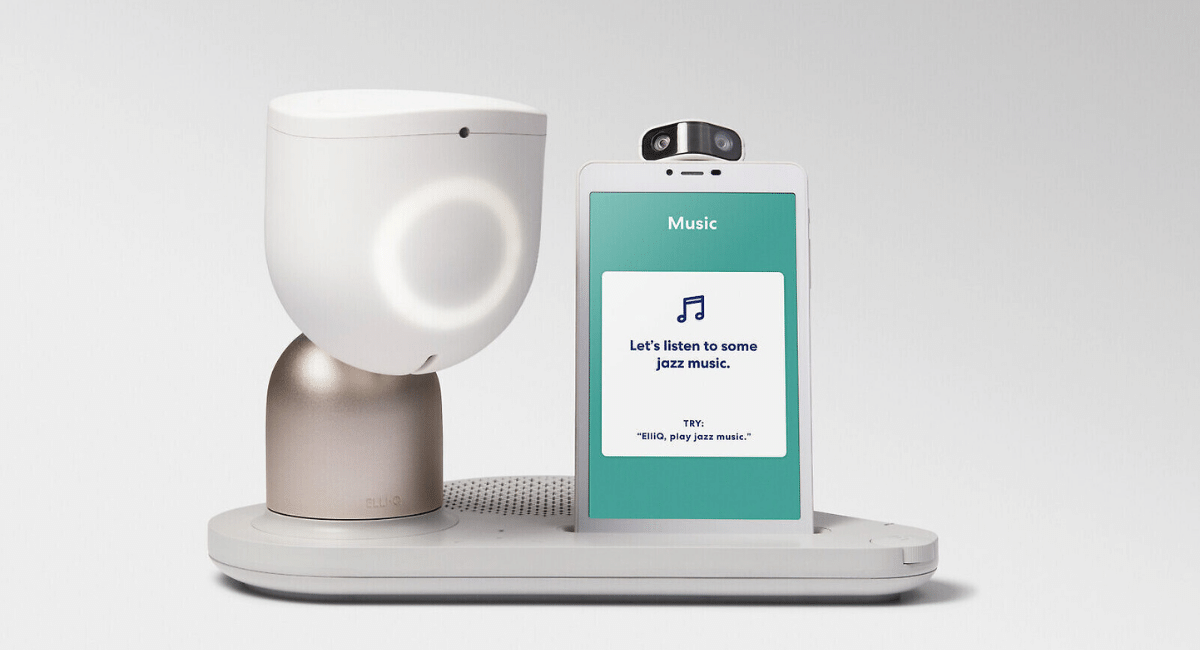 What are the strongest days of the week?
Saturday and Sunday, because the rest are weak (week) days.

The above joke was cracked recently by an AI-powered robot called ELLIQ at the Ramat Gan headquarters of Intuition Robotics, an Israeli HRI (human-robot interaction) firm that created the machine as a robotic social companion for elderly folks.

The robot, named after a Norse goddess, has been developed to engage and interact with aging people and keep them active, shedding their boredom. Loneliness and social alienation can be one of the most important and ill effects of aging, with about 1 in 4 American adults above the age of 65 living in those unsocial conditions.

A major, scholarly study of loneliness in old age and health expectancy published in 2021 found that people aged 60 who sometimes feel lonely or mostly lonely can expect to live “three to five years less, on average, compared to peers who perceive themselves as never lonely.” At ages 70 and 80, lonely older persons can expect to “live 3-4 and 2-3 years less, respectively, compared to non-lonely peers,” according to the study. 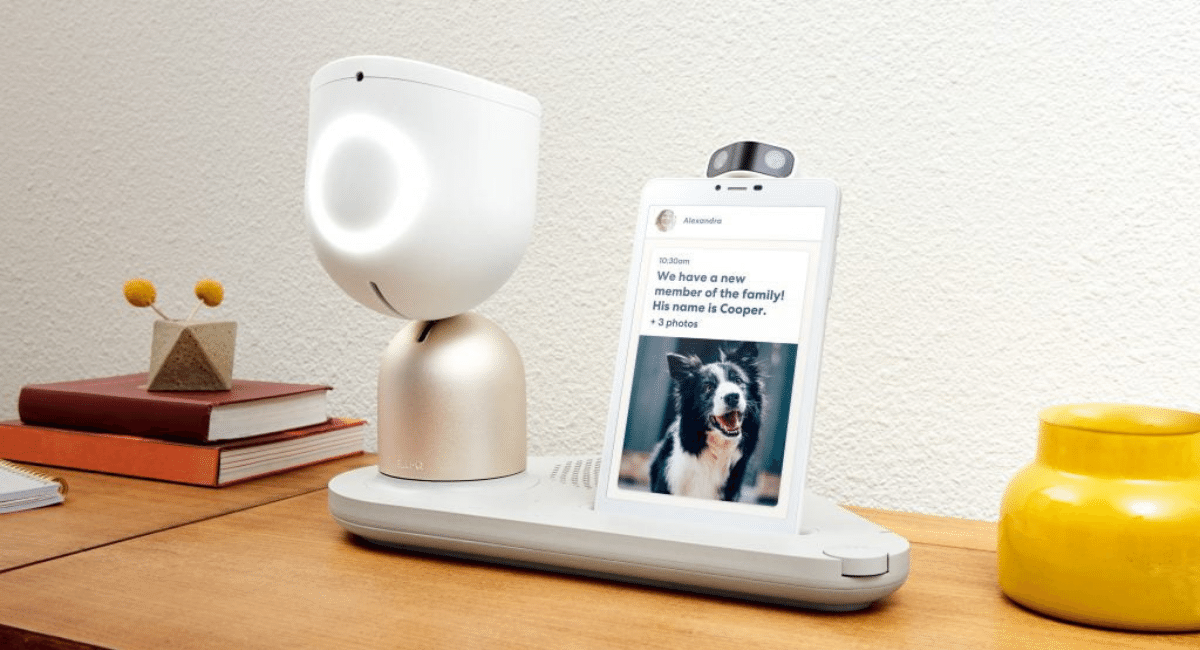 As people age, they can go through challenging stages of life as they experience disengaged family, the loss of friends and loved ones, declining health conditions like hearing and vision loss, and reduced mobility — all factors that can result in feelings of solitariness and isolation.

The story behind ElliQ “is one of empathy,” Intuition Robotics co-founder and CEO Dor Skuler told The Times of Israel in an interview at Intuition Robotics HQ in Ramat Gan in late April. Skuler watched as his father went through the aging experience and eventually needed assisted care.

“In the long term, there’s a proven connection between loneliness and isolation and health costs,” he said. Through the process with his father, Skuler said it became clear to him that there was a “need to solve the empathy aspect” and meet the need for connection and relationships among seniors.

ElliQ, said Skuler, was built to address issues of loneliness and healthy aging by establishing a rapport with its owner.

ElliQ is a tablet attached to a lamp-shaped robot that can help elderly people perform simple daily tasks, but its main purpose is to eliminate loneliness. Besides answering your questions, the robot knows how to strike a conversation. It can play music, make video calls, show photos, recommend exercises, send texts, and offer health advice. Also, it can arrange a trip to a pharmacy or hospital for the user through Uber Health. In the future, ElliQs will also be able to place grocery and food orders, and call service providers. The price is a one-time payment of $250 for the device and a monthly subscription charge of $30.

“After years of hard work, this day has finally come,” CEO Dor Skuler wrote on the company’s website. “Now, we are happy to make ElliQ widely available to any senior who desires a friendly sidekick who empowers them to maintain their independence and take control of their health.” 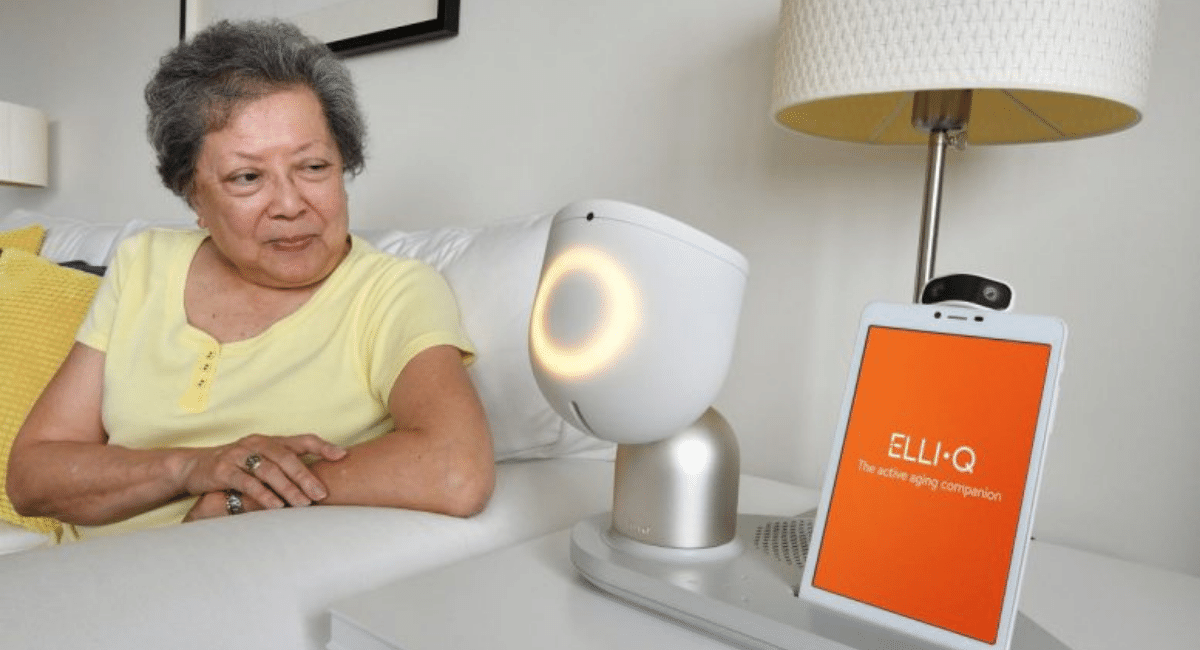 “ElliQ uses cognitive AI, it initiates interactions and builds relationships,” said Skuler. “When to initiate, what to say — has to be aligned with goals.” The robot needs to know “how that person is feeling, what is the context of their life, did they sleep well, do they like walks,” he explained. When Skuler tells ElliQ that he’s going shopping, it responds with “Buy yourself something nice. When will you be back?”

When he signals his return, it greets him: “Welcome home, Dor, where did you go? Hope you had a great time, hope you didn’t miss me too much.”

When he asks ElliQ to teach him “some slang,” it replies: “Fire, something that is fabulous. Like, ‘Dolores’ last bridge game was fire.’” The interactions are made with “humor and context,” Skuler said, adding that the company has developed 30 patents for ElliQ.

The purpose is to initiate connections that hit the right note, provide comfort, reduce stress, and motivate, Skuler said. If a person has a regular Tuesday afternoon rendezvous with friends to play chess or go for a walk and doesn’t engage in these activities for a few weeks, ElliQ will ask them about it and suggest they reschedule, for example.

In a video shown to The Times of Israel of a beta tester of ElliQ, the robot suggests the elderly woman eat a little something for dinner after she says she isn’t hungry.

“Why don’t you try ‘mystery box’?” ElliQ offers. “Take four things out of the refrigerator and see what you can make. I saw it on Master Chef.”

The tester laughs and gets up to try the challenge.

“People need motivation, [activities] for stress reduction, and progress. Most elderly people don’t have smart homes. ElliQ reminds them to eat, drink, stay hydrated, exercise. About 80% of seniors have health issues that they need help managing, and ElliQ can help people meet their goals,” Skuler said.

Another video showed ElliQ “lighting” Hanukkah candles, moving a flame from the center of the screen to the corner, with another elderly tester while playing the traditional Hanukkah song “Maoz Tzur.”

These testers are some of several hundred who have been living with ElliQ in their homes across the US for the past three years. In some cases, they have allowed cameras to be installed so that Intuition Robotics could monitor and further develop ElliQ.

Skuler said the company’s average customer is about 75, living alone, and not tech savvy.

“How can you truly be empathetic without experience? They [gain] better knowledge and get a glimpse of what they [elderly] go through,” Skuler explained, adding that he personally interviews everyone on the support team.

“The experience [for the customers] should be like talking to a friendly grandchild,” he said.