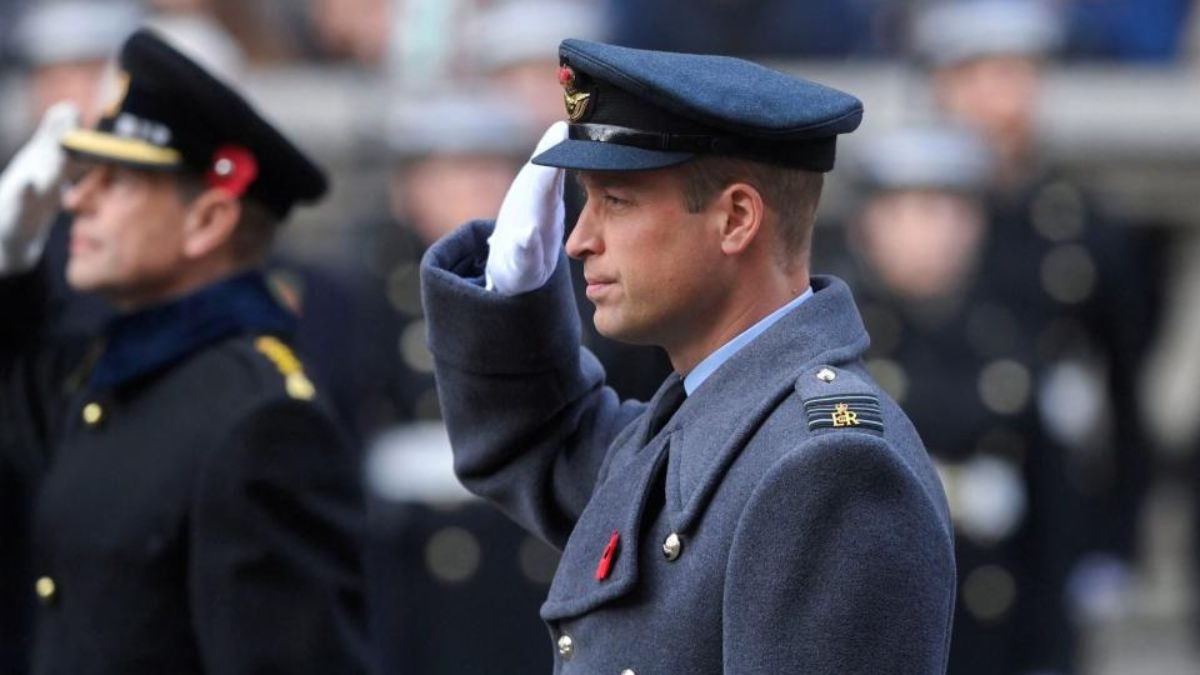 Prince William and Kate Middleton left a heartfelt note written on the wreath placed on Remembrance Day. Alongside King Charles and Queen Camilla, the royal couple, who were prominent figures at this year’s National Service of Remembrance memorial, took some time to write a brief eulogy to the fallen war soldiers from the U.K. and Commonwealth nations.

They wrote, “In memory of all those who have made the ultimate sacrifice. We will remember them.”

Additionally, Prince William, 40, solemnly placed the poppy wreath on the Cenotaph war memorial, on behalf of himself and his wife, also 40, who watched from the balcony of the Foreign and Commonwealth Office. The wreath was adorned with Prince of Wales feathers and a Welsh red ribbon.

In addition, King Charles, who is commemorating Remembrance Day for the first time as head of state, inscribed a short yet moving phrase “In memory of the glorious dead” on his poppy wreath.

Princess Anne and Prince Edward also placed wreaths on the Cenotaph and one was also placed on behalf of Queen Camilla for the first time. Furthermore, each member of the royal family attended the service with a crimson poppy pin, representing Remembrance Day since 1921.

Queen Camilla and Kate Middleton both wore three poppies, while King Charles and Prince William both wore a single one pinned to their lapels. The three poppies Middleton wore are thought to stand in for her great-grandmother Olive Middleton’s lost relatives who died in World War I.

Moreover, the Prince and Princess of Wales’ official Twitter account tweeted several images from the occasion, including pictures of the procession of war veterans and unguarded shots of William and Kate during the ceremony.

On another note, earlier this week, Prince William and Kate updated their cover photos on Twitter and Instagram to recognize Remembrance Day and the Field of Remembrance, decorated with crosses and red poppies. Additionally, they changed their profile image to a photo of themselves at the Royal Albert Hall’s Festival of Remembrance.

Lastly, the Field of Remembrance imagery was also added to the Royal Family Twitter page. The revised profile picture included King Charles and Queen Camilla gazing off into the distance while both wearing black and a red poppy pin.