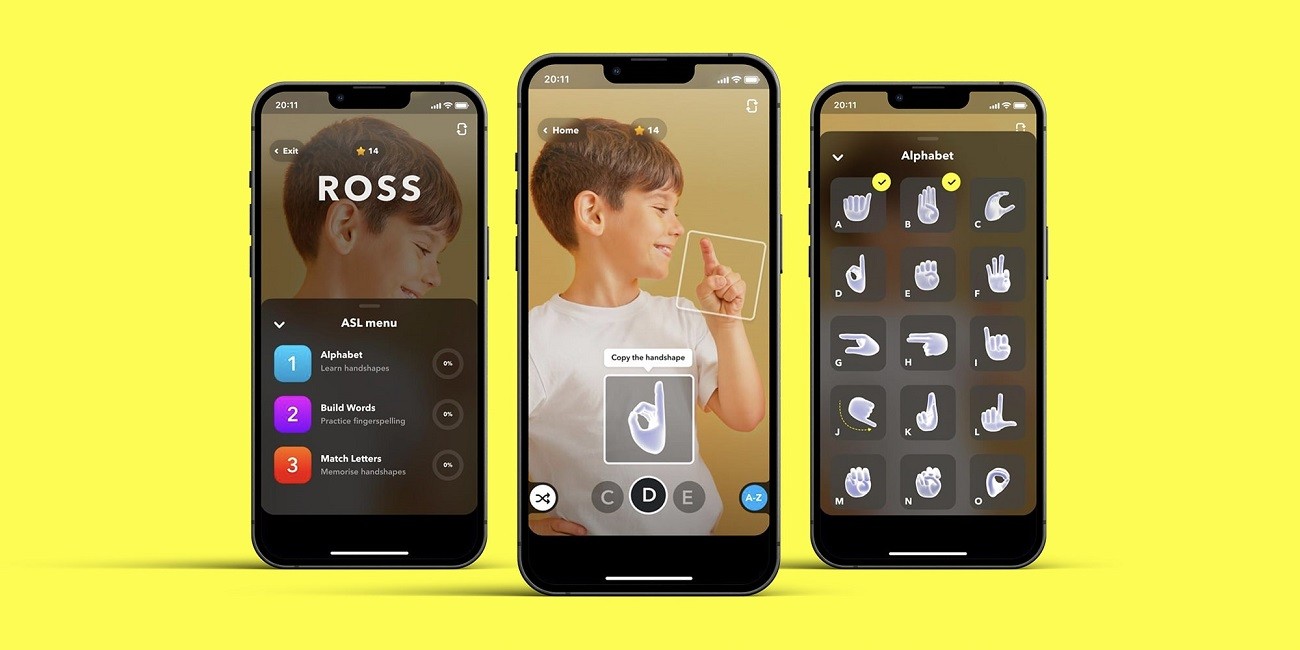 SignAll has created technology that can translate sign language. Additionally, Snapchat revealed that the lens consists of hand-tracking technology behind last year’s AR lenses. In September 2021, in honor of the International Week of the Deaf, Snapchat launched these AR lenses and stickers.

Furthermore, Snapchat stated that the new lens would help users learn and practice the ASL alphabet in a blog post. Besides that, it will teach users to fingerspell their names. In addition, the company claims the lens will enable users to “play games that put new skills to the test.” Snapchat also divulged that a group named ‘Deafengers’ led the new ASL lens feature. Consequently, the group consists of “deaf and hard-of-hearing team members at Snap.” Moreover, the new ASL lens came to Snapchat just after CODA, an Apple TV+ film, won the Academy Awards. For those unaware, CODA is about a girl whose whole family is deaf. The film showcases her struggle and dilemma between her loyalty to family members and following her dreams. Could it be that Snap got inspired by the essence of the movie for the new ASL lens? It’s hard to tell. In any case, the lens is now available on Snapchat for both iOS and Android users.