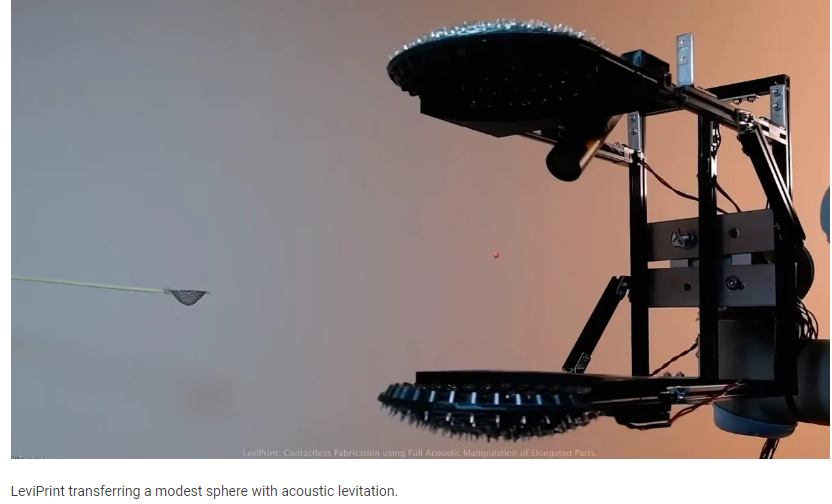 A research team from the UPNA Lab and Smart Cities Institute divisions of the University of São Paulo, the Public University of Navarre, and UltraLeap, have designed an innovative device that fabricates three-dimensional physical objects without contacting them using ultrasonic levitation. This technology works wonders during building construction work. 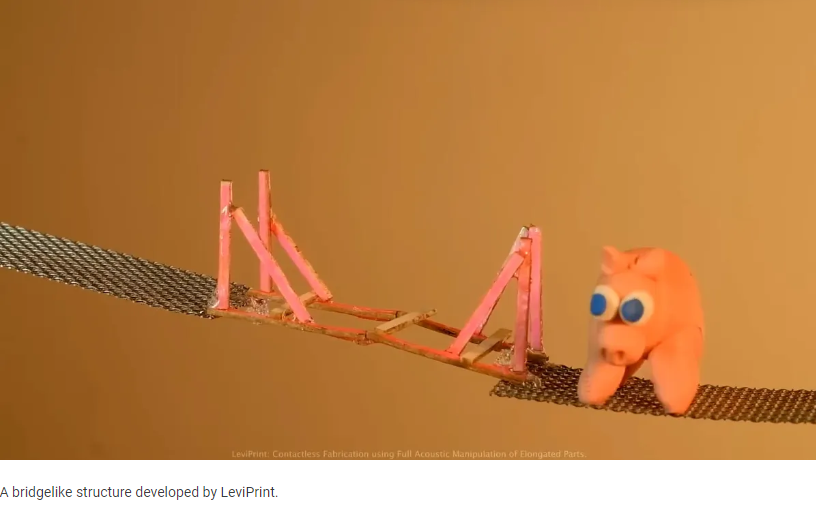 The UPNA researchers released a video demonstrating how the LeviPrint helps build structures like bridges, a cat’s ears, and a hoop made from liquid glue droplets.

UPNA’s lead researcher Asier Marzo said that their teamwork, unlike 3D printing, used the contactless material building to create various objects. He said, “We have designed a levitator combined with a robotic arm and a liquid dispenser to manufacture complex objects without contact.”

Marzo told CNET that he visualizes LeviPrint’s contactless technology could be helpful in various fields like watch-making, biomedical fields where cross-contamination is a crucial issue, and phone camera fittings, as their parts are small and easily damageable. In addition, acoustic levitation could benefit future 3D printers with higher software and hardware engineering. 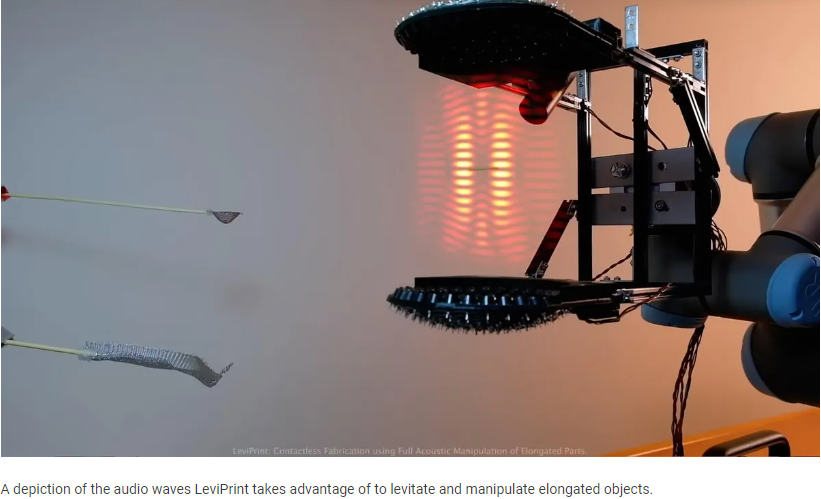 The lead author Iñigo Ezcurdia talks about its significance and explains, “We can manipulate small, brittle parts, as well as liquids or powders, thus making the processes more versatile. In addition, there is less cross-contamination, as the manipulator does not touch the material. Furthermore, it enables manufacturing techniques that cannot be achieved using traditional 3D printing, such as adding elements on top of existing parts or manufacturing inside closed containers from the outside.”

LeviPrint uses ultrasonic levitation methods of building, using the earlier construction methods, levitating small particles and droplets via carefully tuned sound vibrations. This technology is the same as the one used in the acoustic levitation wand or the Levi-loop game inspired by Flappy Bird, previously designed by Ultraleap.

The state-of-the-art method of trapping the levitated particles and elements in perfect alignment or required orientation allows the touch-free manufacturing of complex parts and devices. In addition, the team’s projects offer its technology to solve various construction issues in the future.