Home » News » Mark Houck: Pro-life activist from Pennsylvania is arrested by the FBI and accused of assaulting a clinic escort. 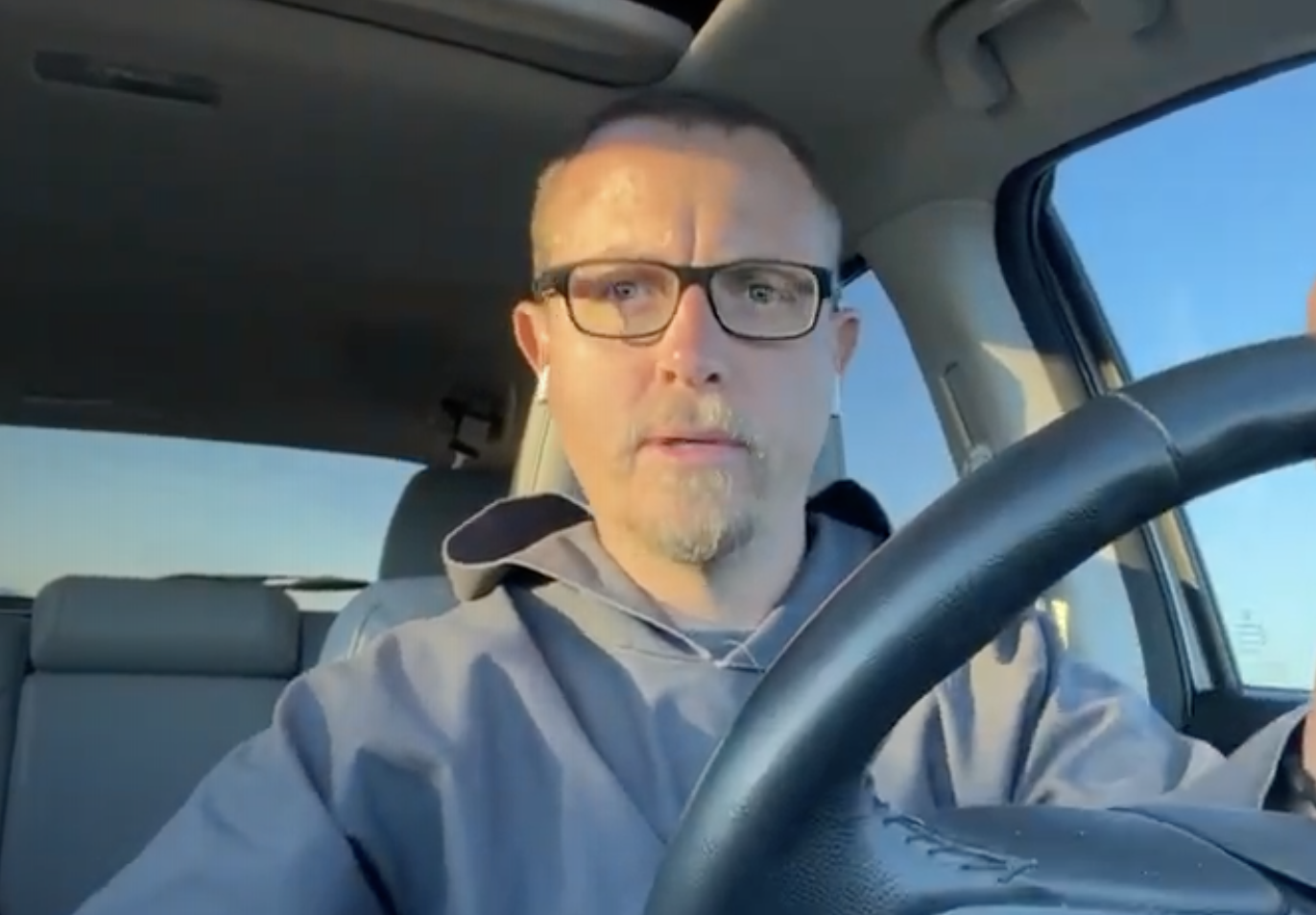 A Planned Parenthood clinic escort was physically assaulted by a Catholic pro-life activist last year, according to charges filed against him on Friday at his home in rural Pennsylvania.

The King’s Males, a Catholic ministry that seeks to spiritually mentor young Catholic men, was co-founded and is led by Mark Houck, 48, of Kintnersville, Pennsylvania.

According to Ryan-Marie Houck, Houck’s wife, a SWAT squad of around 25 people arrived at their home in about 15 vehicles and began banging on their door.

If he didn’t open it, they threatened to break in. After that, they had roughly five guns pointing at her husband, herself, and essentially her children.

The FBI’s Philadelphia office responded to the SWAT team claim by saying: “There are erroneous assertions being made regarding the arrest of Mark Houck,” according to Fox News Digital.

There were no SWAT personnel or SWAT teams present. Mr. Houck received a tap on the door from FBI agents who introduced themselves and asked him to leave the house. He did so, and after an indictment, he was hauled into custody without incident.

A follow-up inquiry from Fox News Digital on the veracity of the claim that up to 25 agents were engaged in the arrest was not answered by the spokeswoman.

Houck was charged by indictment for violating the Freedom of Access to Clinic Entrances (FACE) Act, US Attorney Jacqueline C. Romero revealed on Friday. It is now against the law to use physical force on somebody with the intention of harming, intimidating, or interfering with them because they are a reproductive health care provider.

According to the prosecution, on October 13, 2021, outside the Philadelphia Planned Parenthood Elizabeth Black Health Center, Houck assaulted a 72-year-old man known only as “B.L.” in the Indictment.

B.L. was allegedly trying to escort two patients out of the clinic “when the defendant aggressively shoved B.L. to the ground,” according to a Justice Department press release. In a second instance, Houck is charged with “verbally” harassing B.L. outside the planned parenthood facility before pushing him down violently and causing injuries that required medical care. Assault is always a serious crime, and under the FACE Act, it becomes a federal criminal if the victim is singled out because of their affiliation with a reproductive healthcare facility, according to Romero. “Our Office and the Department of Justice are committed to prosecuting offences that endanger the security and rights of every person,” they say.

Jacqueline Maguire, the special agent in charge of the FBI’s Philadelphia Division, stated that violence is never the solution. “The FBI will strive to hold offenders accountable for violating the FACE Act by engaging in a physical assault.”

Houck’s wife told the website LifeSiteNews that her husband travelled two hours south every Wednesday to give speeches outside abortion facilities for six to eight hours at a period, and on occasion, he brought their 12-year-old son.

She said that her husband had pushed a man who had invaded their son’s personal space and spoken crudely about Houck. The case was reopened by Merrick Garland’s Department of Justice after the District Court in Philadelphia earlier this summer dismissed the man’s attempt to sue her spouse, she said to the publication.