On Tuesday, April 19, Mercedes-Benz revealed an all-electric seven-seater EQS SUV in a press release. The German automaker’s first electric SUV to reach the US market resembles the recently launched luxury EQS sedan. Additionally, the Mercedes-Benz E-SUV seems like a larger version of its sedan counterpart. Consequently, it possesses the same 56-inch, pillar-to-pillar Hyperscreen, 107.8kWh battery, and design language as the EQS sedan.

The difference between Mercedes-Benz E-SUV and Sedan

The acceleration will likely differ between the two models. But the company hasn’t yet revealed the Mercedes-Benz E-SUV 0-60mph time. Additionally, the EQS SUV will be larger than the sedan as it is an SUV (which is obvious). It is over 7.8 inches higher than the sedan, even with the same sized wheelbase (126 inches). In addition, it is slimmer and shorter than the Mercedes GLS-Class released in 2022. Consequently, it is 202 inches long, 77 inches wide, and 68 inches tall. 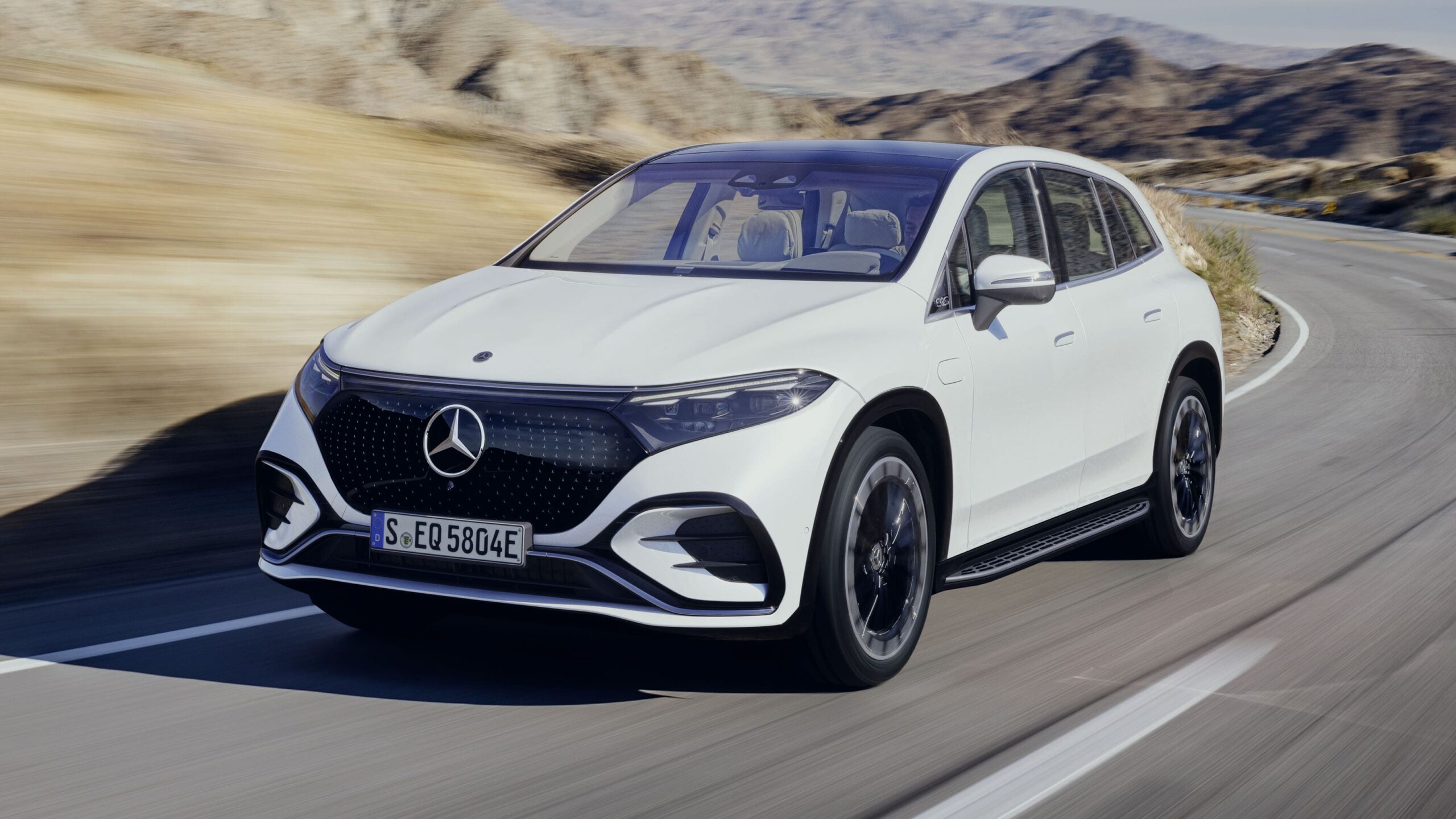 Furthermore, the two models will also differ regarding off-roading capabilities. So, this Electric car will offer an OFFROAD driving mode with the AWD distribution “optimized for unpaved roads, inclines, and terrain.” However, it cannot compare to the Hummer EV with Crab Mode.

Similarities between EQS SUV and sedan

Apart from the design, battery, and Hyperscreen size for the higher trim level, both models have other similarities too. The SUV will also have two trim levels – the 450+ with rear-wheel drive and the dual-motor sporting 580 4MATIC. Additionally, the 450+’s rear-axle motor will offer 265kW of energy with 355 horsepower and 419 pound-feet of torque. And the 580 4MATIC’s front and rear-axle motors will give a combined 400kWh, 536 horsepower, and 633 pound-feet of torque. In addition, its Torque Shift function will ensure a “continuously variable distribution of drive torque between the rear and front electric motors.” 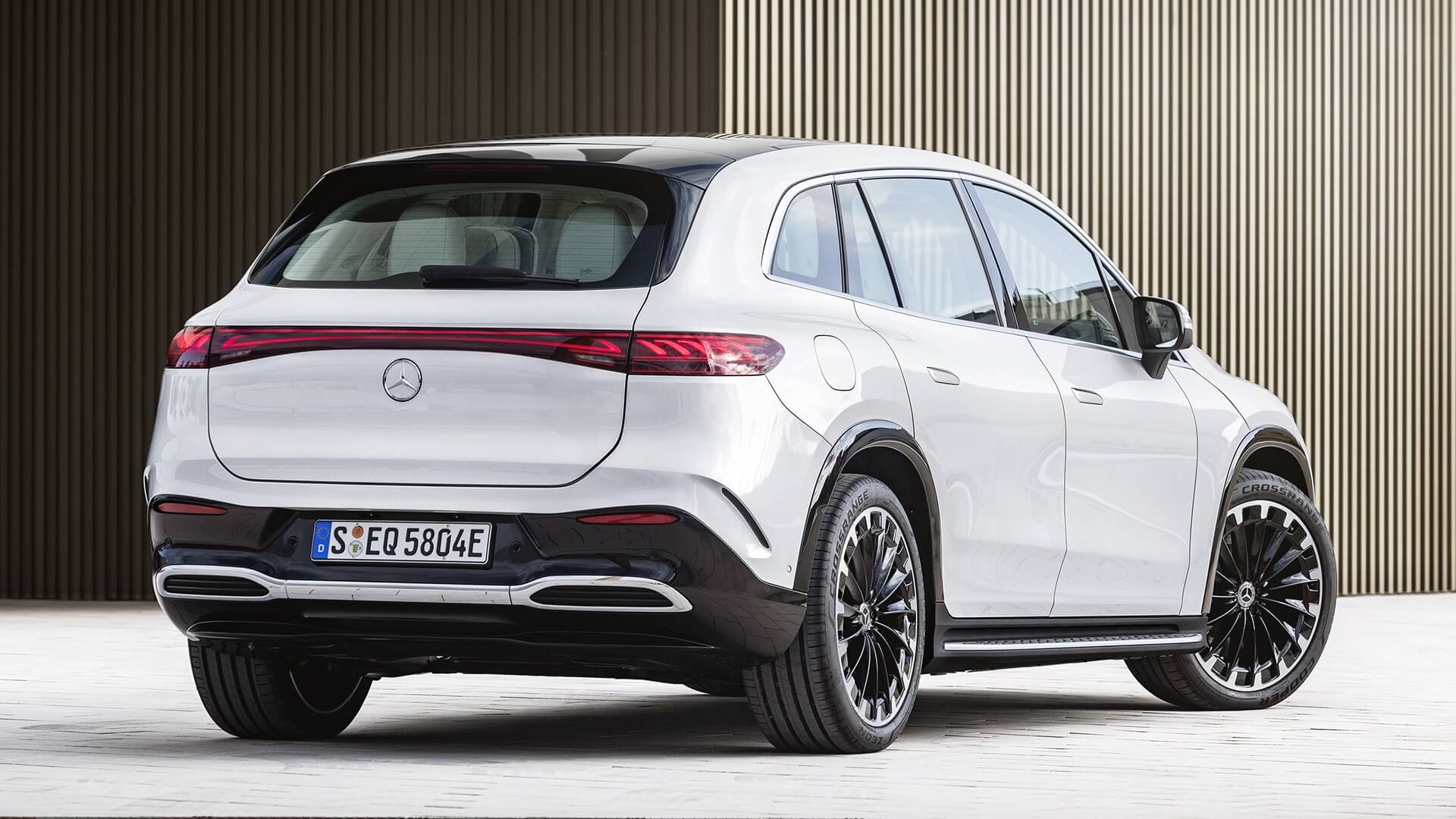 However, only the 4MATIC model will contain the 56-ich Hyperscreen. But, the less expensive trim will still come with a digital gauge cluster and a 12.8-inch portrait-style touchscreen. In addition, the EQS SUV will come equipped with Plug and Charge functionality. Hence, it will be compatible with almost 90% of the public charging stations in the US. Plus, Mercedes divulged that it would charge from 10% to 80% in 31 minutes with a 110kW-or-more DC fast charger. In addition, the EQS SUV has a peak output of 265kW.

Moreover, the EQS SUV possesses an estimated range of 373 miles, bringing it at the level of the Tesla Model X and BMW iX. On another note, the company has not yet divulged the price range of the SUV for sale in the US. But, it might range from $110,000 to $130,000 based on the trim level.