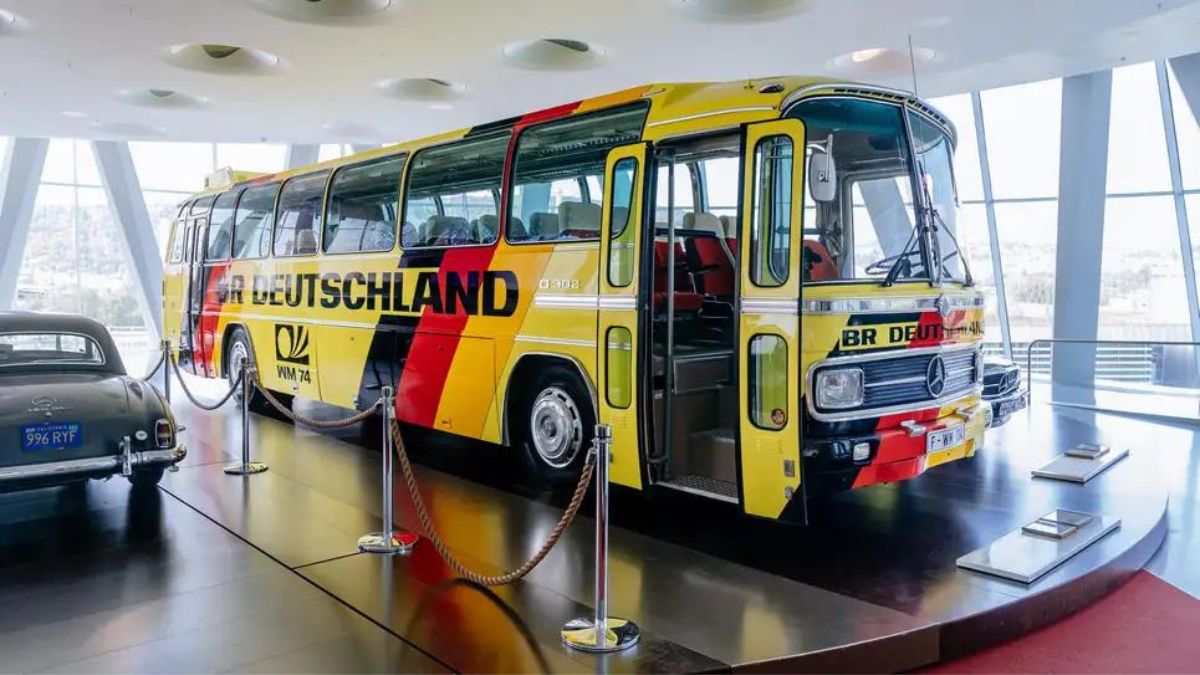 The first match of the FIFA World Cup 2022 in Qatar is only a week away. While the anticipated event is currently experiencing discontent and disdain, something else has recently fallen short of expectations: eye-catching team buses.

Former FIFA buses, such as the Mercedes O 302 coach pictured below, were typically loud displays honouring tournament participants. Mercedes-Benz provided a fleet of 16 O 302 coach buses for West Germany’s hosting of the FIFA World Cup in 1974.

Each O 302’s exterior was individually painted and decorated for each national team. The buses were painted pale yellow with broad stripes in the colours of the country. The country’s name was written in bold black block block letters on all sides of the bus. The team’s national flags were roof – mounted as a finishing touch.

The famed Bauhaus-styled bus was powered by a naturally-aspirated six-cylinder diesel engine. The diesel engine’s most powerful version produced 240 horsepower. During its manufacturing run from 1965 to 1976, Mercedes produced over 32,000 O 302 buses.

Mercedes-Benz states that the buses’ interior amenities were considered luxurious in the 1970s, despite featuring fabric seat covers. The German automaker claims the O 302 was the first commercial bus that featured an air conditioning system with its roof-mounted Thermo King unit. Each O 302 also featured an onboard toilet, an ashtray at every seat and a beer tap. I can’t think of anything that would be a more luxurious passenger experience on the roads of 1970s West Germany.

West Germans will remember the 1974 Cup fondly. The formidable side was drawn in the same first-round group as their ideological and fraternal rivals East Germany. East Germany won the group 1-0 over West Germany, but both Germanys completed high enough in the group to progress to the next round.