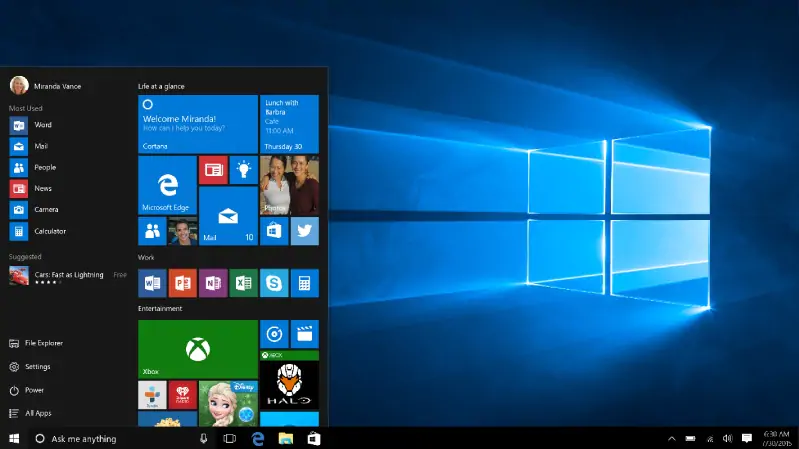 Microsoft announced that it is slowing down the pace at which it releases significant new versions of Windows 10. The twice-yearly Windows 10 updates, which have until now introduced notable new features but have also caused some backlash for being disruptive, will turn into alternate major and minor releases. The company is also changing how its Windows Insider testers will be given access to unreleased updates as they are being created, in order to test them and generate feedback. Microsoft will focus on introducing new features with every other release while the ones in between will contain minor, potentially invisible changes such as bug fixes and stability improvements.

Microsoft has noted that this new system of primary and secondary updates will allow it to spend more time making sure that each major release is fully baked. There is no doubt partly in reaction to the disastrous October 2018 Update, which had to be halted multiple times and then rolled out in an extremely controlled manner after users reported system crashes, massive bugs, and data loss.

Company also has to face much criticism because of their updates, their updates are very frequent and disruptive, sometimes interrupting important work and nagging users to install them. The company has introduced much more granular controls over when and how updates will be downloaded and installed and have even allowed users to defer updates until their current version of Windows is approaching its end-of-service date. Window 10 can also automatically attempt to roll back a failed upgrade.

With this new measure of the company,  Microsoft is also changing how it is slow, and fast Windows Insider rings gain access to beta versions of Windows 10. Users on the slow ring will now only receive major Windows 10 versions and will skip the other minor ones, while those on the fast ring will get both. Previously, those in the quick circle received updates first, even if they were not very stable, while those in the slow circle received fewer, but more polished ones.

Starting with the fall 2019 update, these small versions of Windows 10 will be deployed more like frequent patches that would not need a lengthy setup process and will need a maximum of one reboot. This method will apply to those who are already using the Window 10 May 2019 Update. This next update is currently targeted for September this year and will be supported for 30 months as opposed to 18 months for most releases.