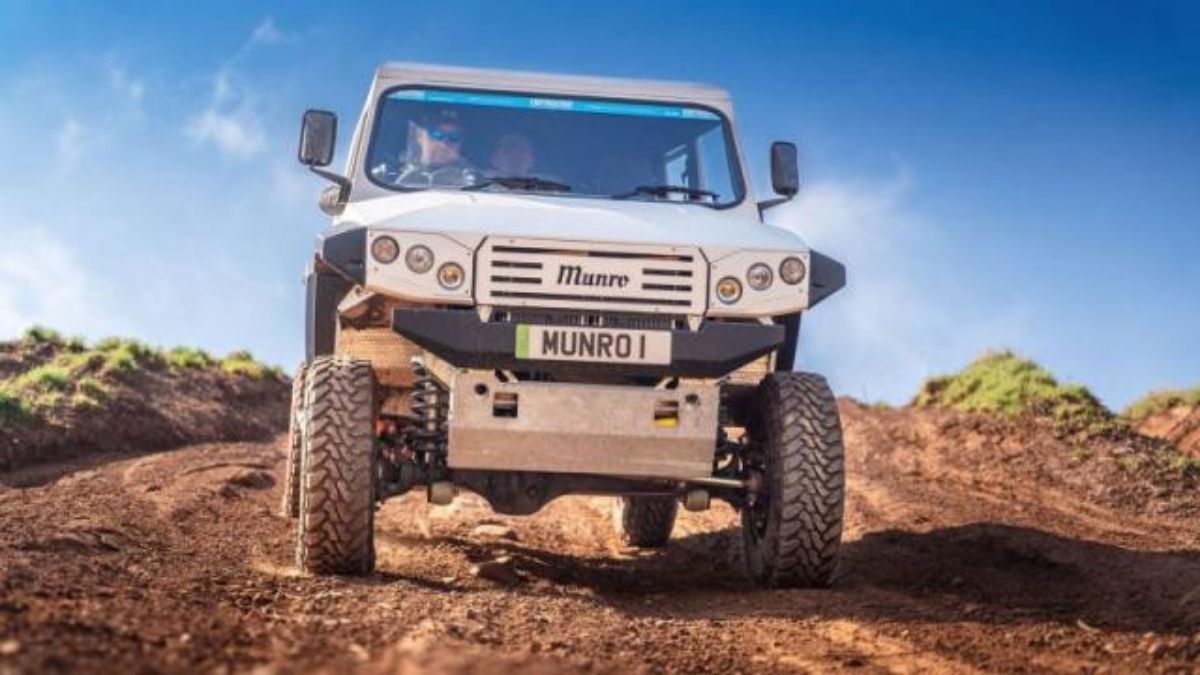 Electric vehicle manufacturers appear to be committed to developing zero-emission trucks. Consider the new Hummer EV, the F-150 Lightning, and even the creations of startups such as Rivian and Bollinger, all of which sought to create cleaner off-roaders. Now, a Scottish company hopes to get in on the action with a novel rugged EV that aims to resurrect the beauty of the original Land Rover Defender.

Munro Vehicles was established in Scotland in 2019. Since then, it has been hard at work on various prototypes for its tough off-road EV, which will be known as the Munro MK 1. The MK 1 will go into production next year before shifting to a dedicated facility near Glasgow in 2024, according to the company.

The full car won’t be revealed until December 1, but Munro teased how it might look with the drawing at the top of the page. It is, as you’ll see, VERY Defender. To me, the boxy shape and short overhangs at either end scream classic Land Rover.

The hood on the design shown in the sketch looks slightly taller than the squat one seen on the most recent prototype, which is shown above. However, the finished car is going to have retained the angular wheel arches seen on the current test vehicle.

When it comes to performance specs, Munro is mostly keeping its mouth shut. According to the automaker, the EV will be able to run for “up to 16 hours on a single battery charge.” This refers to a 168-mile range for the EV, according to Autocar.

The MK 1 will have 11 inches of clearance underneath the axles and approach and departure angles of 88 and 70 degrees, respectively, to help its off-road performance. The new vehicle will also be able to wade through water up to 39 inches deep. Impressive.

“The Munro MK 1 will easily go to places others can’t reach, with bulletproof durability and super low running costs,” said Russell Peterson, CEO of Munro Vehicles. On December 5th, the Munro team and I can’t wait to bring the world the fully finished vehicle.”

The Munro MK 1 is already up for pre in the United Kingdom, with prices ranging from £75,000. The electric SUV will also be available in the United States, though pricing has yet to be determined.