Home » News » ‘My steak knife touched plate for 1 sec’, hilarious reasons I apologized to my wife 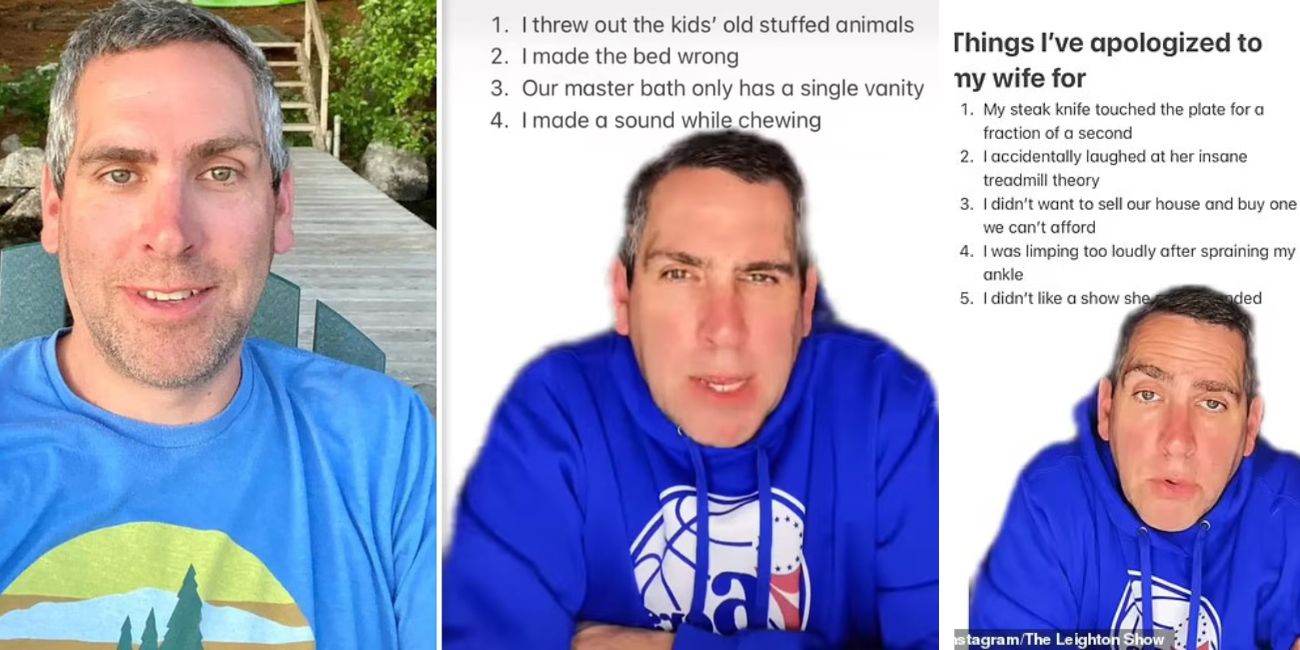 A husband shared the “hilarious” – and extremely long – list of reasons he’s had to apologize to his wife for, ranging from the wind to messing up the tidy house.

Leighton, a resident of Maine, rose to fame on social media after he started posting videos detailing the oddball occasions when he had to apologize to his wife.

He began one footage by saying, “I went upstairs for the night without announcing it,” before joking, “I’m working on a solo performance – like the one in The Sound of Music where they do a big number on their way to bed.”

Then, in attempt to save our lives, I engaged the brakes, but I miscalculated the trauma the change in momentum would generate for her,’ he added, alluding to the car’s overly aggressive braking.

When a character in a show we were watching cheated on his wife, a comprehensive explanation of what would happen to me in such circumstance followed.

I once used the kitchen on the day it was being cleaned, but never again, he said.

Leighton included blowing his “hot breath” in her face, denting the couch cushions by sitting in the same spot, and increasing the “clutter” in the house by setting his glass down for 30 seconds in between drinks. The list was essentially infinite.