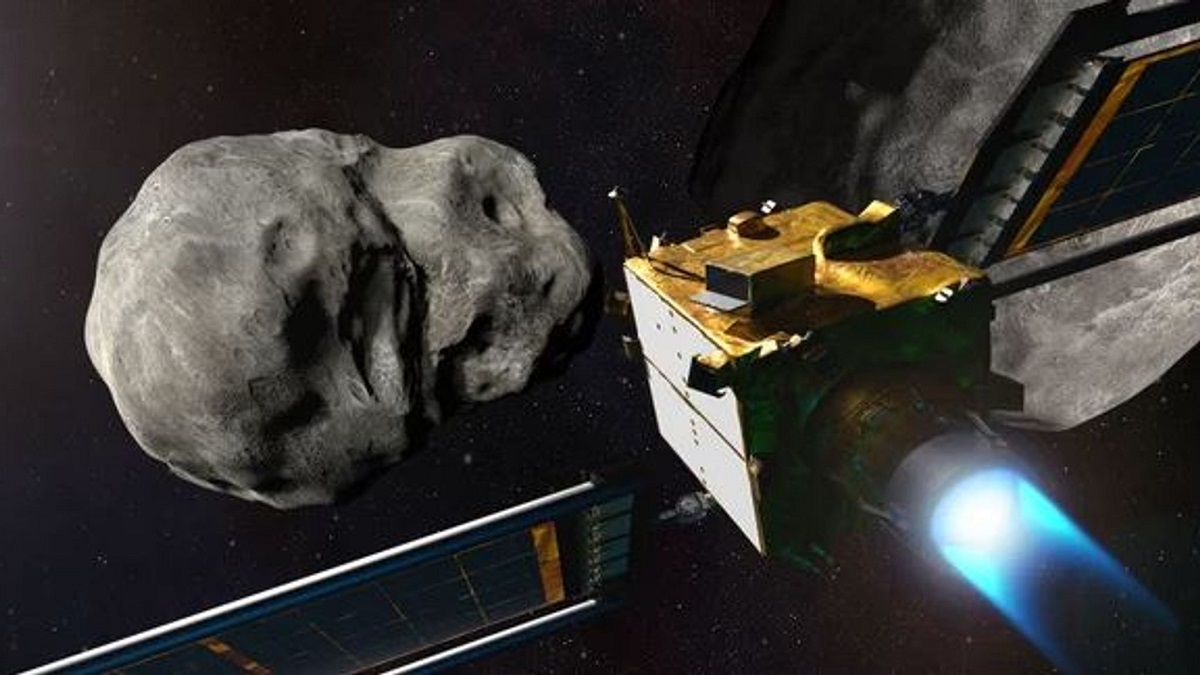 Scientists are anxious to prevent a similar conclusion for humanity since the reign of the dinosaurs was ended 66 million years ago by an asteroid falling onto the Earth.

A NASA spacecraft travelling at 14,000 mph is going to hit a harmless asteroid millions of miles away. Why? One day, taking the same action could determine the future of the human race.

NASA  is doing Double Asteroid Redirection  and  DART is our first planetary defence test. According to NASA.

How to watch it live:-

According to the Tweet you can see the dart mission live here.

Tomorrow will be a smash. ☄️💥🛰

According to scientists, it has been 66 million years since an asteroid collision with the Earth put an end to the reign of the dinosaurs, and they are anxious to prevent a similar outcome for humanity.

The Dart spacecraft: what is it?

In achieving its objective, it will undoubtedly be destroyed.

Dart, which weighs 570 kg, only has a camera that it uses for navigation, targeting, and recording its demise.

What is the spacecraft’s destination?

A pair of asteroids seven million kilometres from Earth are where Dart is headed. The smaller child of Didymos, which is Greek for “twin,” is the object of this attack, and he goes by the name Dimorphos.

Dimorphos orbits the considerably bigger Didymos at a distance of less than a mile and is about 525 feet (160 metres) broad (1.2km).

According to NASA, there is absolutely no chance that either asteroid will ever pose a threat to Earth. The couple was chosen for this reason.

The navigation system of the spacecraft is built to be able to discern between the two asteroids and, in the last 50 minutes, focus on the smaller one.

What occurs during impact?

According to Nancy Chabot, a planetary scientist and head of the mission team at Johns Hopkins University, which is overseeing the project, “This really is about asteroid deflection, not disruption.”

Instead, the impact would gouge up a crater metres in size and send around two million pounds of rocks and dirt into space.

Why are scientists doing this?

The impact should be just enough to pull the asteroid into a slightly tighter orbit around its companion space rock – proving that if a killer asteroid ever swings our way, we’d stand a fighting chance of diverting it.

Cameras and telescopes will watch the crash, but it will take months to figure out if it actually affected the orbit.

Observatories will follow the pair of asteroids as they circle the sun, to see if Dart affected Dimorphos’ trajectory.

In 2024, a European spacecraft dubbed Hera will retrace Dart’s route to measure the impact results.

Although the intended nudge should modify the moonlet’s location only slightly, it will add up to a substantial shift over time, according to Ms Chabot.

“So if you were going to do this for planetary defence, you would do it five, 10, 15, 20 years in advance in order for this strategy to work,” she said.