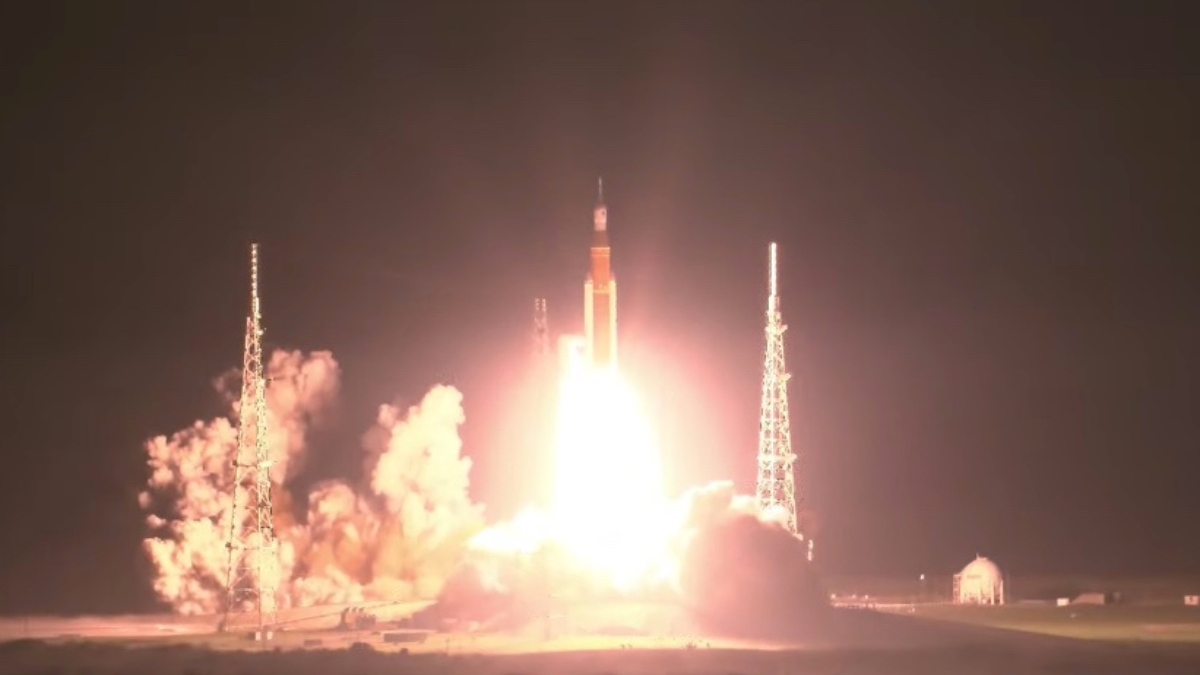 A new age of space exploration has begun with NASA’s successful launch of its SLS rocket of the next generation and the Orion spacecraft on a test journey to the moon.

The world’s most powerful operational rocket, packing 8.8 million pounds of thrust at launch, launched on its inaugural flight from Florida’s Kennedy Space Center on Wednesday, November 16, at 1:47 a.m. ET

The 98-meter-tall SLS rocket will launch the unmanned Orion spacecraft on the Artemis I mission to the moon, where it will fly by the moon at a distance of 40,000 miles from its far side and 62 miles from its surface, which is the closest any human-rated spacecraft has ever come to the moon’s surface. Orion will splashdown in the Pacific Ocean off the coast of California on December 11, bringing to a close the mission, which is testing technologies for potential crewed lunar missions.

The Artemis Real-time Orbit Website offered by NASA allows you to track the spacecraft’s movement (AROW). The website provides information on the location of the Orion in detail as well as its separation from the moon and Earth. After a number of recent launch delays brought on by technical difficulties and severe weather systems, NASA officials will be relieved to see the SLS rocket finally ascend.

A successful Artemis I mission will open the door for Artemis II, which would follow the same course around the moon but with astronauts aboard the Orion spacecraft. Following that, the much awaited Artemis III mission will attempt to land an astronaut on the moon for the first time since the final Apollo mission in 1972, putting the first woman and first person of color there.

For the first time, the @NASA_SLS rocket and @NASA_Orion fly together. #Artemis I begins a new chapter in human lunar exploration. pic.twitter.com/vmC64Qgft9

NASA and its international partners intend to construct a permanent moon base on the lunar surface for extended astronaut stays starting in the 2030s and beyond. The outpost might serve as a stepping stone for the first crewed mission to Mars.