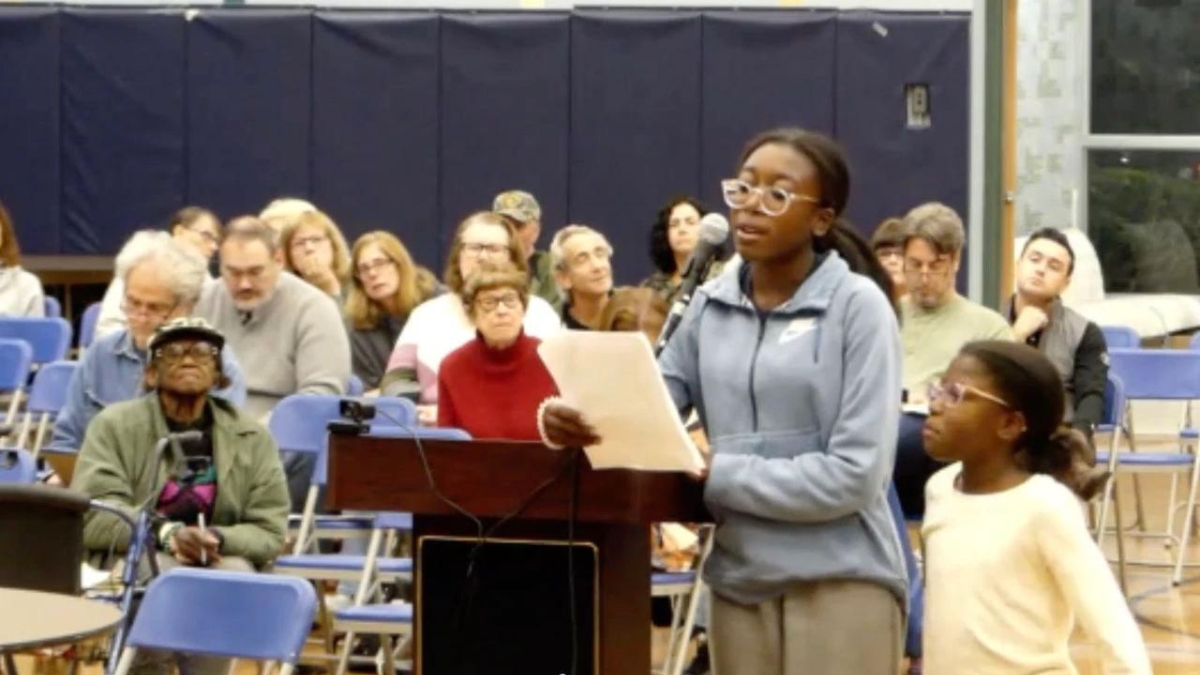 The mother of a 9-year-old Black girl claims her daughter was racially profiled when their White neighbor phoned the police last month while her daughter was attempting to eradicate spotted lanternflies, an invasive insect that endangers trees. At a city council hearing in Caldwell on October 22, Monique Joseph revealed that her daughter was looking for the insects when Gordon Lawshe, a neighbor who lives across the street, dialed 911, according to NJ.com.

“There’s a little Black woman, walking, spraying stuff on the sidewalks and trees on Elizabeth and Florence. I don’t know what the hell she’s doing, scares me though,” the neighbor told authorities on the 911 call. The caller also added she is a “real small woman.”

However, the “small woman” in question was actually 9-year-old Bobbi Wilson, who frequently sprayed an invasive species called Spotted Lanternflies to defend the trees in her Caldwell, New Jersey, neighborhood. In fact, an article in her local newspaper, The Progress, highlighted her efforts to kill these insects.

According to NJ.com, Joseph, the mother of the little Black girl, spoke about the incident during the council’s public comments period on Nov. 1 at the Caldwell Borough Council meeting. During the conference, Joseph stated to the borough leaders, “Racism, intentional or not, is still racism.”

According to Joseph, “My neighbor’s words put my daughter in harm’s way. His words and actions were unconscionable, and the impact of the aftermath of this incident will not be kept secret. My 9-year-old daughter was afraid to go outside her front door the next day. She was afraid that her neighbor that she knows has a reason, unknown to her, to call the police on her.”

The mother and daughter were welcomed by the authorities to the West Caldwell Police Department, where they were given a tour and given the chance to talk about racial issues, according to reports.

Joseph remarked, “I want this to be a teachable moment for our town on racial bias, diversity, equity, and inclusion in how we, together, can ensure that go[ing] forward, little Black and Brown children in this town can feel safe in this community.” She also requested her neighbor to meet up, but they haven’t yet scheduled a time. But according to his lawyer, Lawshe wasn’t using racial profiling. According to attorney Greg Mascera, Joseph’s assertion that her kid is now terrified of the police is “absurd” and “makes real problems not be taken seriously.”

According to NJ.com, Caldwell Mayor John Kelley expressed regret for the event. At the council meeting, he said to her, “I’m glad you shared this with us, with the public.” Later, he admitted that he had been mistaken in believing that racism was not a problem in Caldwell. “After reflecting on the story and learning more from the police report, it is clear that a line was crossed. My heart goes out to Monique and her two girls.”