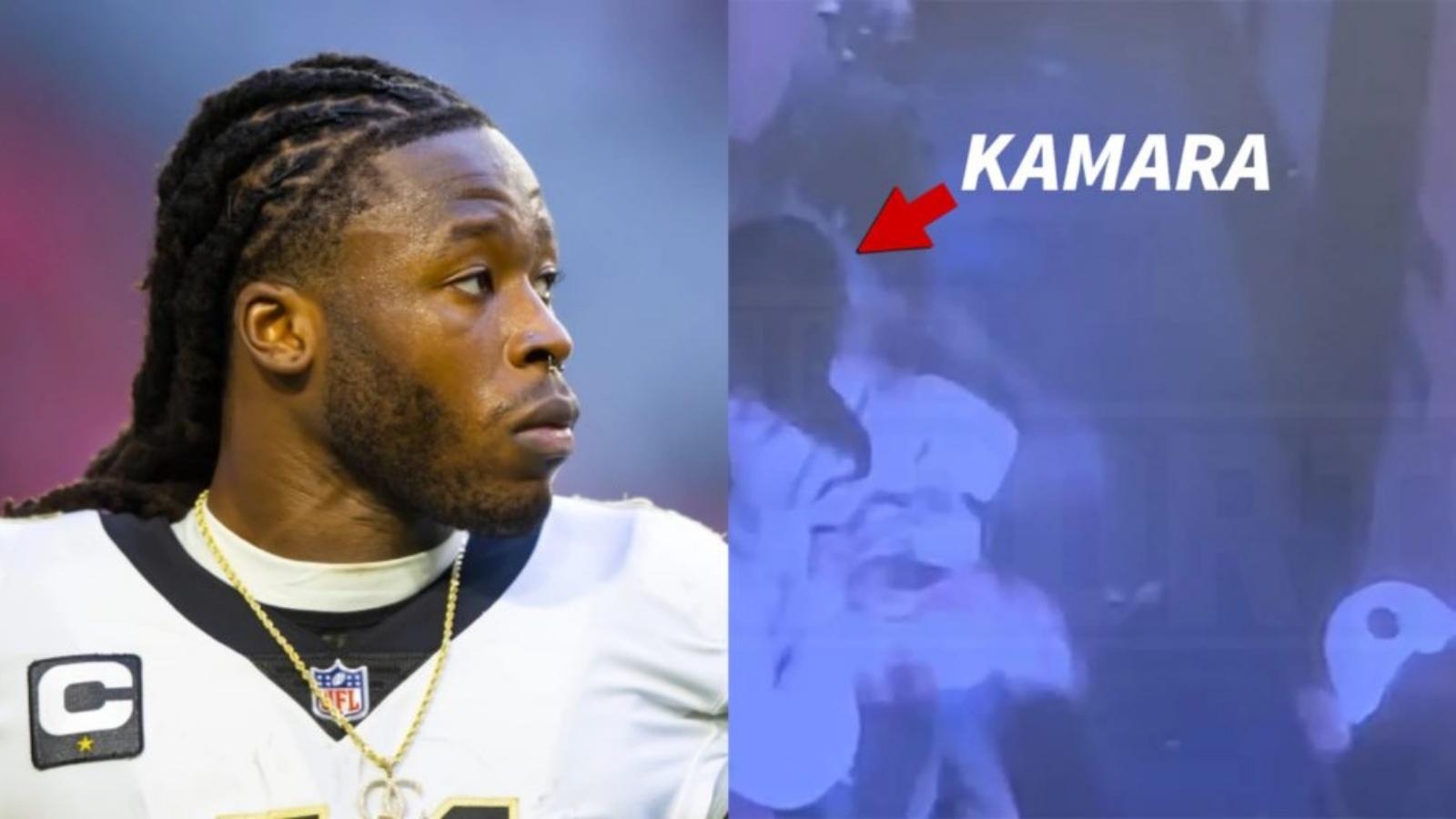 A new video obtained by TMZ Sports reveals that earlier this year, during a violent confrontation inside a hotel in Las Vegas, Alvin Kamara repeatedly attacked a man. However, people close to Kamara argue that the video doesn’t give the whole scenario and that the supposed victim was the one who started acting violently.

Additionally, the event took place inside The Cromwell Hotel and Casino back on February 5. Furthermore, in an October lawsuit, Darnell Greene claimed that the argument between him and the New Orleans Saints player had started outside the elevator of the hotel’s renowned Drai’s Nightclub. Greene claimed that he attempted to board the elevator with Kamara and Kamara’s friends.

According to the lawsuit, he claimed that Kamara prevented him from climbing aboard by “throwing his arm across Greene’s chest” and then violently attacked him. In addition, a new video shows Kamara striking Greene repeatedly while sporting his trademark dreadlocks and a light shirt.

Furthermore, the video demonstrates how the man was eventually knocked to the ground by the punches. The video also shows several additional individuals launching into the attack while the victim is down, kicking and stomping the man before fleeing.

The video appears to correspond with images that Greene’s lawyers submitted with their lawsuit against Kamara last month. Greene allegedly received injuries to his neck, back, head, shoulder, knees, and face as a result of the beating, including “a disfiguring facial fracture to” his right orbital bone, according to the lawsuit.

For his alleged involvement in the incident, Kamara was detained after the 2022 Pro Bowl game and charged with felony battery resulting in significant bodily harm and misdemeanor conspiracy to commit battery. Cops said in police records that Kamara had admitted to hitting the man at the time of the arrest.

Lastly, Kamara, who has had a rollercoaster season with the Saints this year, is scheduled to return to court for a hearing on the issue this week.