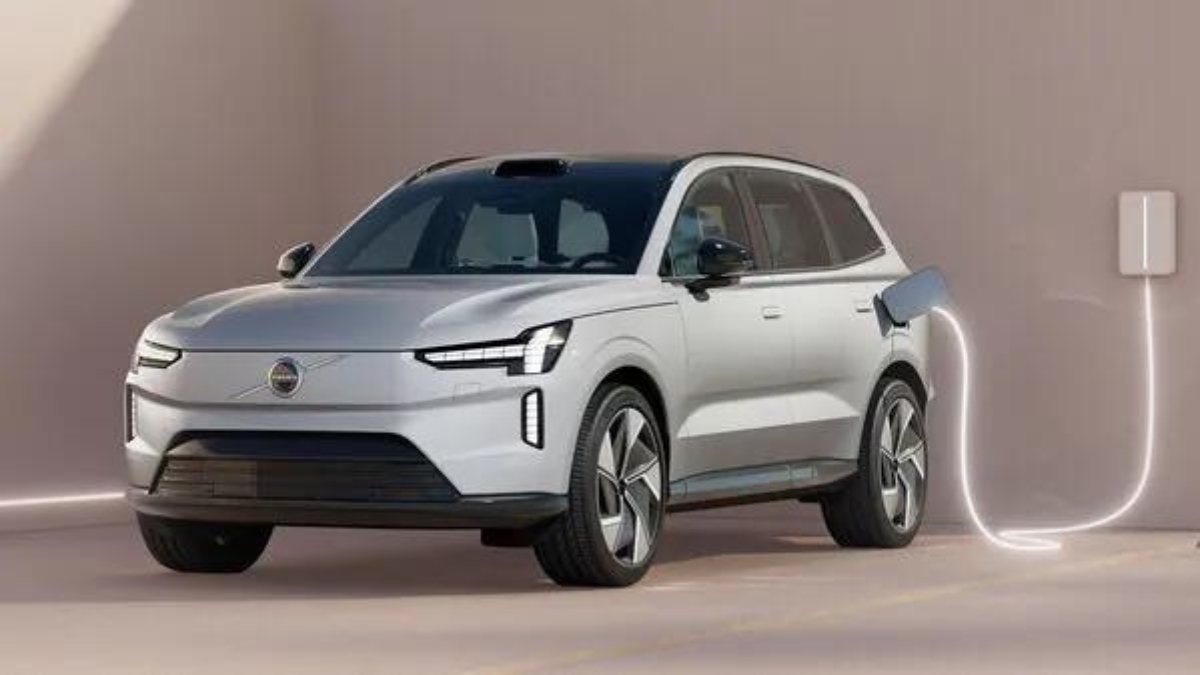 Volvo gathered the media on Wednesday to unveil a new vehicle in Sweden. The EX90 is a battery-electric SUV that will serve as the company’s new flagship when it goes on sale in early 2024 alongside the XC90 SUV.

“The Volvo EX90 is a statement for where we are, and where we are going. It’s fully electric with a range of up to 300 miles on a single charge, designed to further raise our safety standards, the first Volvo car to be truly defined by its software and part of a wider ecosystem, connecting to your home and your other devices. The Volvo EX90 is the start of something new for Volvo Cars in many ways,” said Volvo CEO Jim Rowan.

The EX90 SUV shares the same new SPA2 electric vehicle architecture as the upcoming Polestar 3 SUV, which like the EX90 will be produced at Volvo’s factory in Charleston, South Carolina. The EX90 is instantly recognisable as a Volvo SUV thanks to its distinctive silhouette and light signatures.

It should therefore come as no surprise that the specifications are very similar to those of the Polestar 3: a 111 kWh battery pack and two electric motors, one for each axle, with a combined output of 496 hp (370 kW) and 671 lb-ft (910 Nm). According to Volvo, a fast charge will bring the battery’s state of charge from 10 to 80 percent in 30 minutes, and the company anticipates a range of up to 300 miles. Additionally, it will have the ability to charge vehicles in both directions or load vehicles.

Additionally, Volvo is adding lidar to the EX90; specifically, a forward-looking Luminar device positioned above the windshield. Volvo may eventually equip EX90s with autonomous driving software, but for the time being, the EX90’s sophisticated safety features already include a lidar sensor to detect obstacles in the EV’s path.

The EX90 “will be available well-equipped at under $80,000,” according to Volvo, in the US. Preorders for $500 are currently being accepted, with deliveries beginning in early 2024.