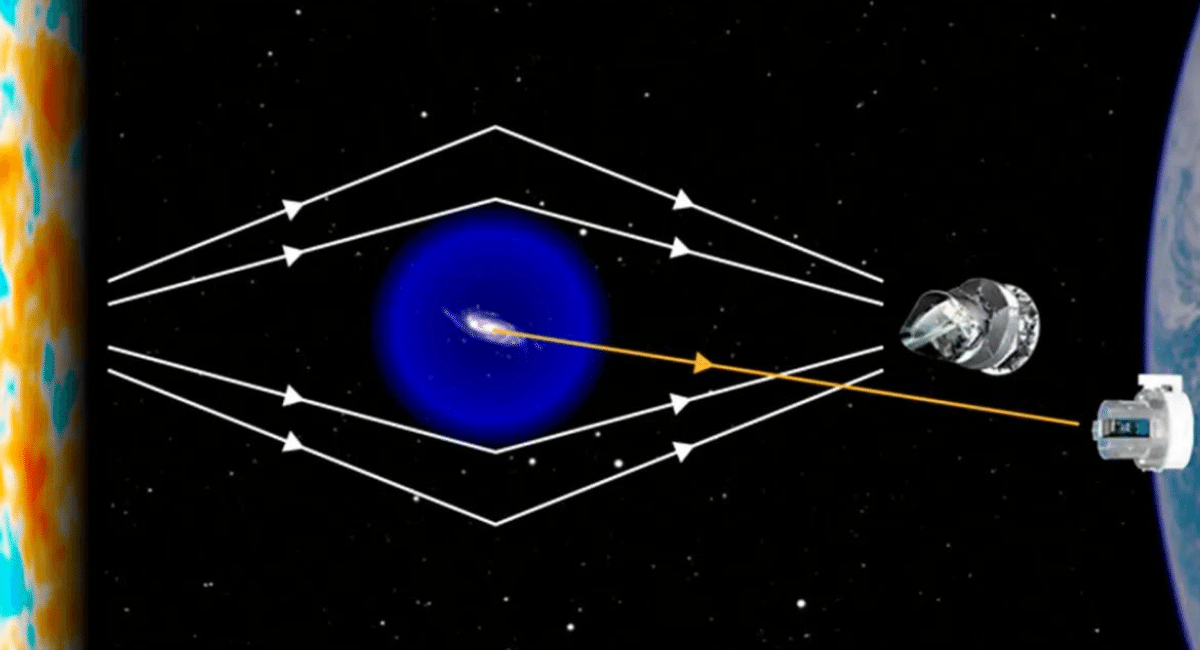 The team spotted the dark matter by observing how the galaxies warp the light of the cosmic microwave background, which is the earliest detection from the big bang time, which gave rise to the universe, as all of us are aware. The team’s research is published in Physical Review Letters.

Yuichi Harikane, an astronomer at the Institute for Cosmic Ray Research at the University of Tokyo and a co-author of the recent paper in Nagoya University release, said, “Most researchers use source galaxies to measure dark matter distribution from the present to eight billion years ago,”

“However, we could look further back into the past because we used the more distant CMB to measure dark matter. For the first time, we were measuring dark matter from almost the earliest moments of the universe.”

The physicists studied the oldest light with lensed microwaves and discovered dark matter surrounded by galaxies that are 12 billion years old. Even though undetectable, dark matter makes up about 27% of the universe. Hironao Miyatake, a cosmologist at the Nagoya university, and the scientists have discovered “the first detection of dark matter distribution” around the galaxies during the universe’s early era and also “opens up a new window for cosmological parameters,” according to the journal Physical Review Letters. 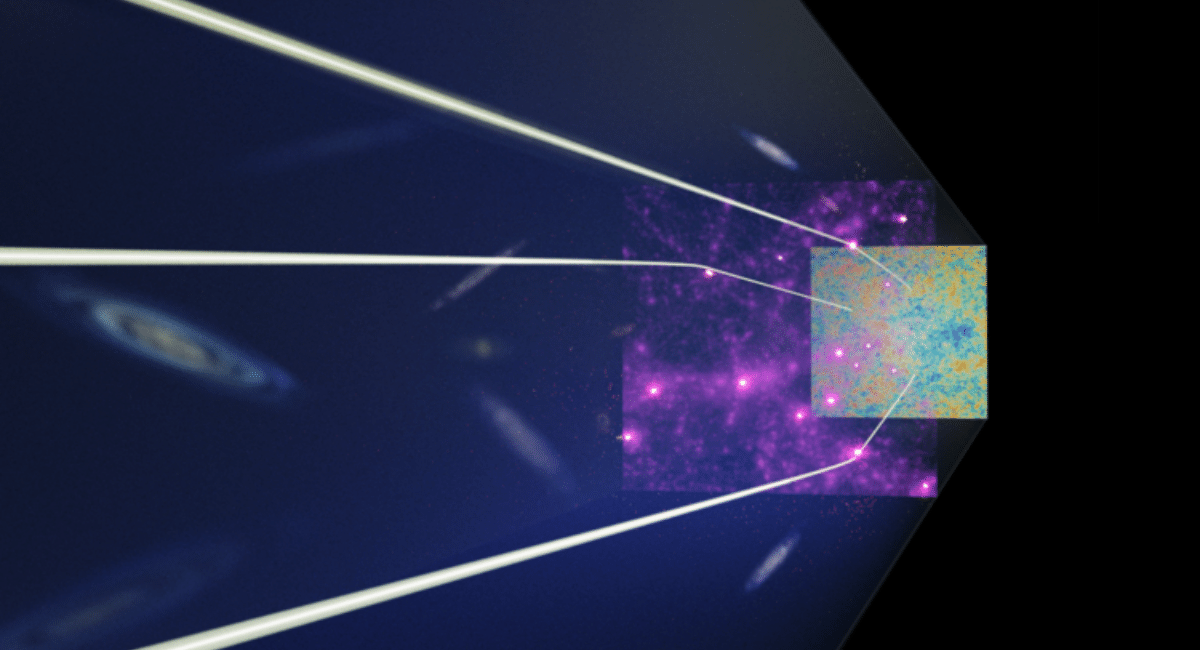 Dark matter is one of science’s biggest mysteries, partly because this weird substance does not emit detectable light. Instead, scientists only know that dark matter exists because of its apparent gravitational influence on “normal” visible topics, such as the stuff that makes up stars, planets, and our bodies. If scientists could identify the nature of dark matter, it would fill in a significant gap in our knowledge of the cosmos that could shed light on a host of other questions, such as the fundamental composition of the universe and the evolution of galaxies like our own Milky Way. 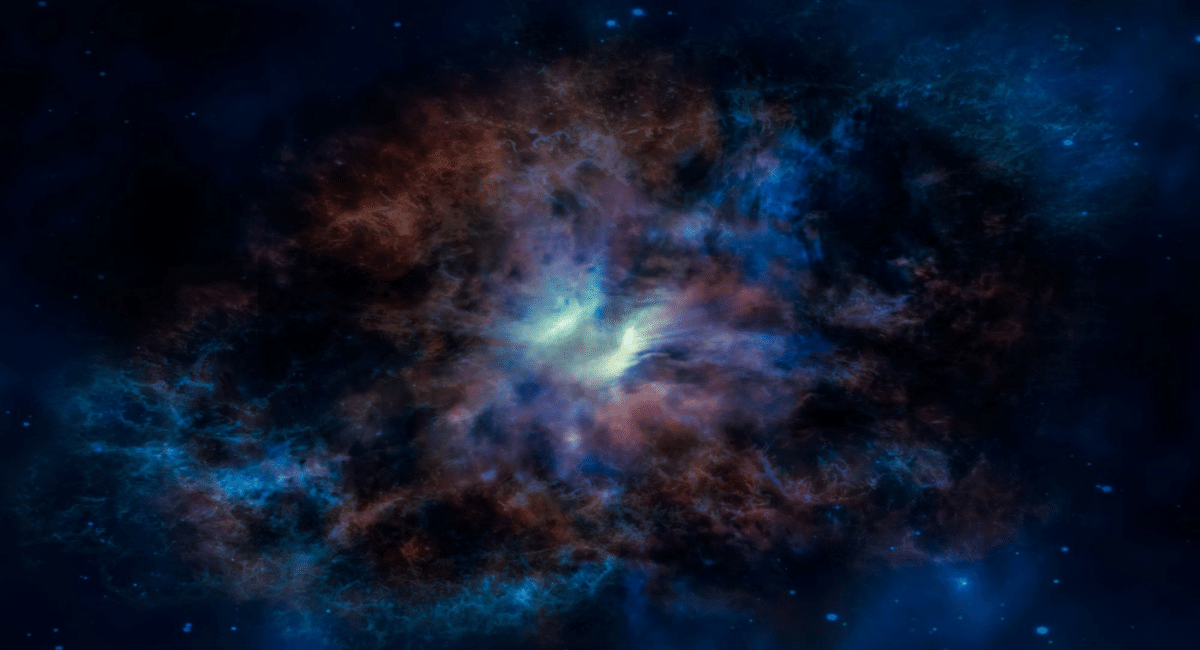 The assumed composition of the dark matter is thought to be the tiny particles called WIMP and axions that are even more minute than the WIMP. Dark matter is an invisible glue that holds galaxies together. Dark matter also acts like a lens for distant light that magnifies old objects for our observation.

The researchers recently identified 1.5 million visible galaxies and later used the telescope that can see microwave light. They then measured the dark matter around the galaxies that distorted the old microwave light. Neta Bahcall, an astronomer at Princeton University and co-author, said, “This result gives a very consistent picture of galaxies and their evolution, as well as the dark matter in and around galaxies, and how this picture evolves with time,”

According to cosmology’s theory, the team also mentions that they found the dark matter was less clumpy than it should be. Hironao Miyatake, an astronomer at Nagoya University and the lead author of the paper, in the release stated the below points,

“Our finding is still uncertain,” “But if it is true, it would suggest that the entire model is flawed as you go back in time. This is exciting because if the result holds after the uncertainties are reduced, it could suggest an improvement of the model that may provide insight into the nature of dark matter itself.”

The data from the Rubin Observatory will be helpful in the future by imaging swathes of the night sky at resolutions that will make it easier to see the old parts of space.