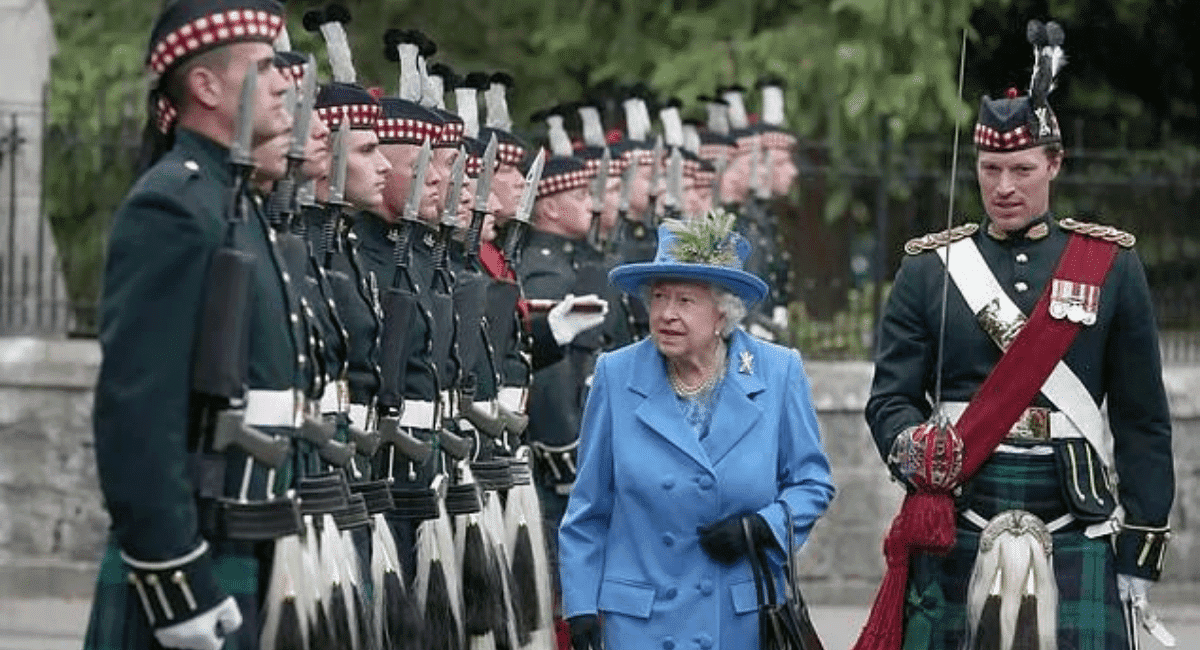 In the days in the lead-up to Queen Elizabeth’s state funeral, quite a few people were attracted by King Charles III’s equestrians. Major Jonathan Thompson of the 5th Battalion Royal Regiment of Scotland was in the spotlight when Prime Secretary Liz Truss became one of the first to meet King George VI on September 9, on a Friday. He also stood next to the King as He signed the proclamations at St James’s Palace. 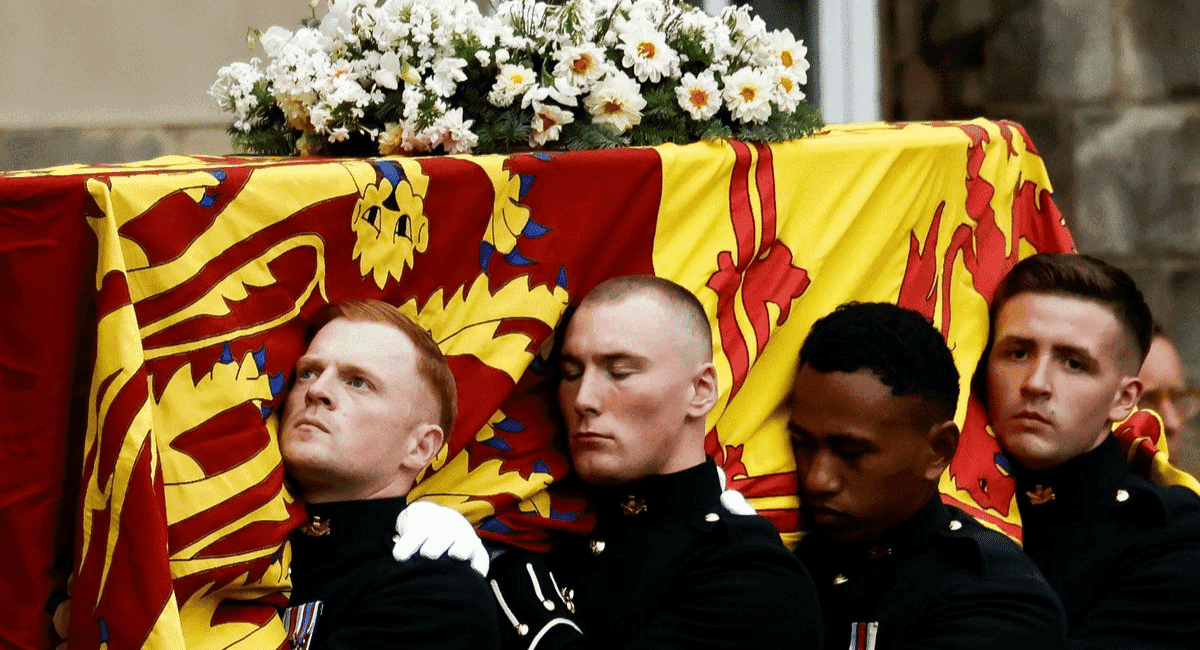 The monarch’s new equestrian attire also enthralled the crowd during the procession that carried Her Majesty’s coffin, which traveled from Buckingham Palace to Westminster Hall on September 14. The corsage of Queen Elizabeth II has been brought to Westminster Hall, where it will remain in place until her funeral on Monday. Her Majesty was joined by her grandchildren and children when the Queen took off from Buckingham Palace for the last time. It was transported by a gun carriage belonging to The King’s Troop Royal Horse Artillery The coffin was draped in the Royal Standard and adorned with the dazzling, priceless Imperial State Crown.

King Charles stood behind it with his sister, Princess Royal, and his two brothers, Princes Andrew and Edward, in the emotional 38-minute ride. In the background were the Princes William and Harry, who stood side-by-side with the monarch’s other grandchild, Peter Phillips. 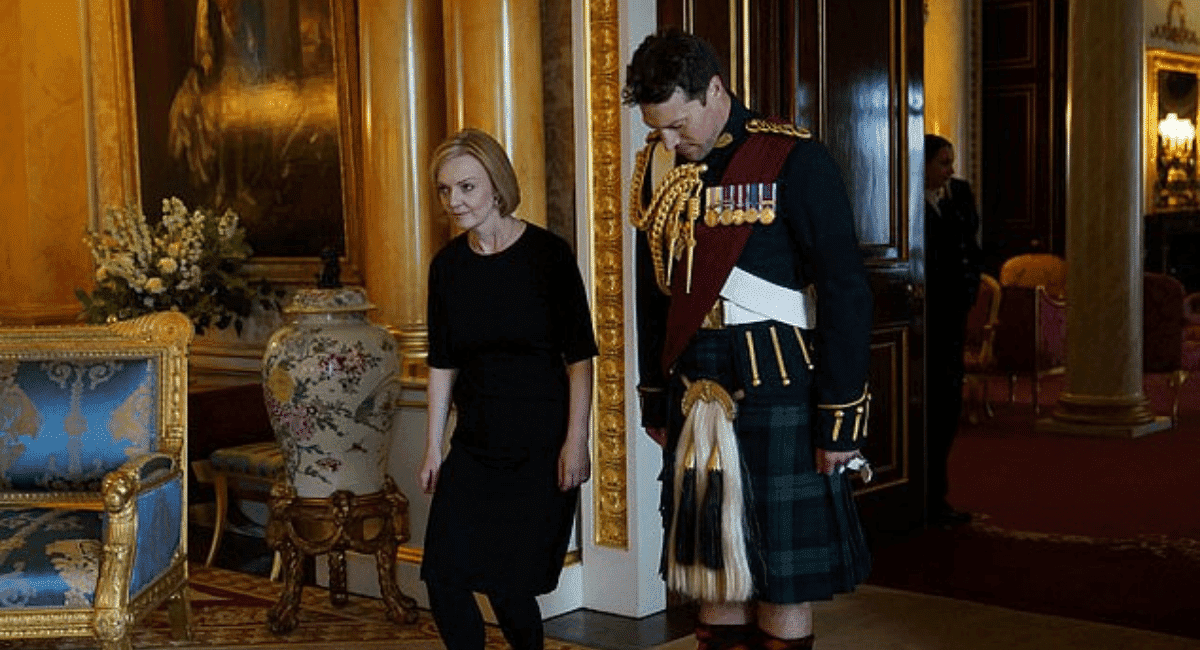 The Queen Consort Princess of Wales, The Duchess of Sussex, and the Countess of Wessex were escorted to follow. The Queen’s coffin was moved by the George Gun Carriage that transported King George VI’s coffin from Sandringham Church to Wolferton Station in February 1952. It was used at the funeral of Queen Mother in 2002. Myriads of people witnessed the poignant scene of Her Majesty’s departure from the palace where she was a significant part of her time in the very heart of the country.

At the Horse Guards Parade, many wept while cheering on the procession and the coffin when it entered the massive ceremonial parade grounds and Big Ben’s bells, Big Ben, continuing to sound each minute. The royal family members shook hands as they walked through the Cenotaph while the Duke of Sussex bowed his head. 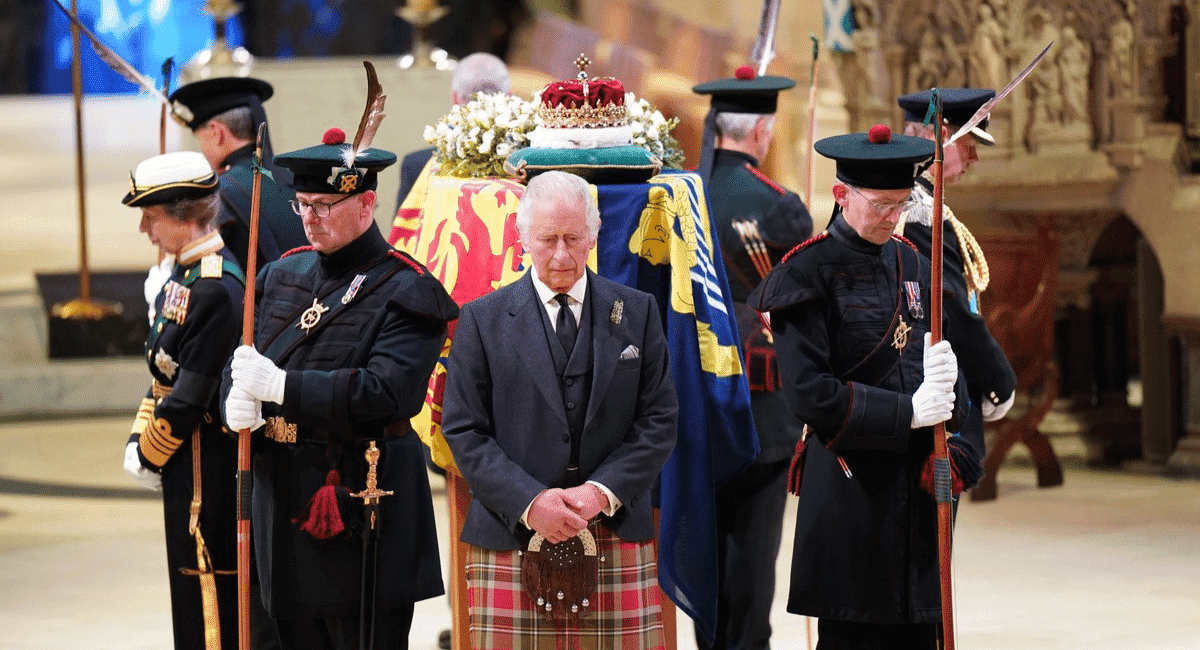 The Duke of York turned his gaze towards the right side to gaze at the Cenotaph while the procession moved on. The crowd in front of Parliament cheered when the caravan crossed the gates to Westminster Palace. Palace of Westminster – The coffin was taken to the estate through The Carriage Gates entrance and passed through the New Palace Yard, which has in its central area a fountain in celebration of her Silver Jubilee.

The Queen’s many reminders of her long reign are everywhere in New Palace Yard. In addition to the central fountain, there are two lampposts in honor of The Queen’s Platinum Jubilee by the King Charles. The Elizabeth Tower in one corner overlooks the outdoor space; it was initially called Clock Tower but was renamed to commemorate the Diamond Jubilee.

The Queen is accompanied by her family. The Queen is transferred to the nation in exchange for sitting in the state for four days before the state funeral on Monday. 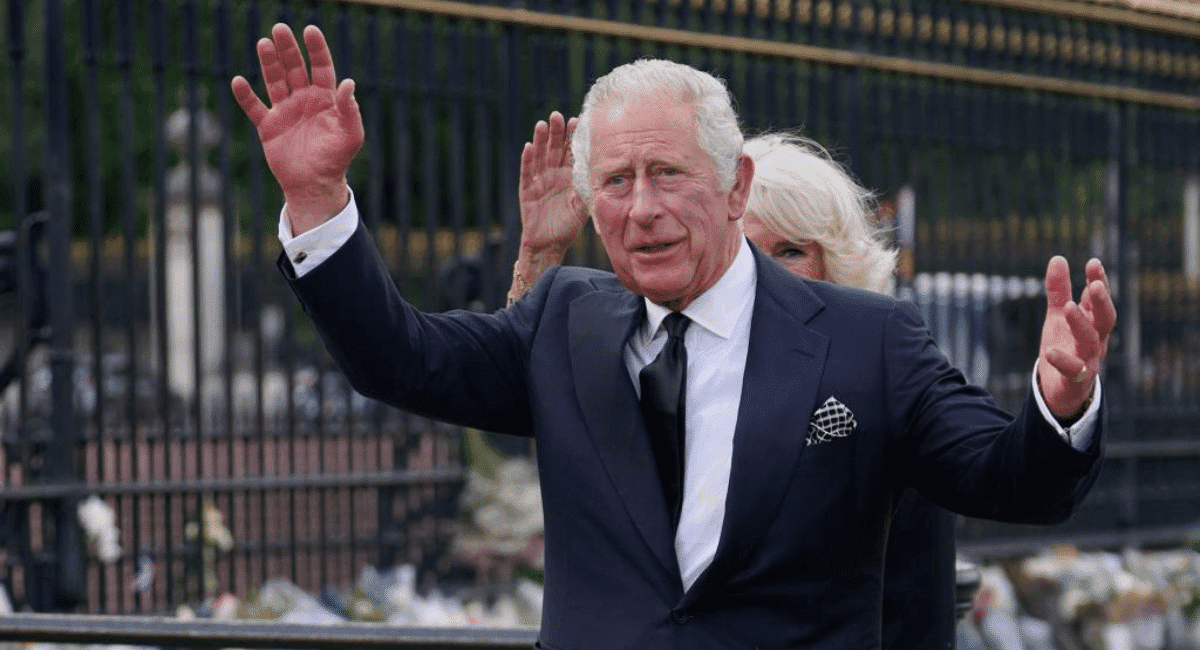 Many thousands of people have lined up in line to pay tributes. The line can extend for 10 miles, but there is the possibility that not everyone who is part of it will be allowed to walk past the final monarch’s tombstone. But people are coming out in masses to get the chance to offer a personal goodbye ahead of The Queen’s funeral, which will take place on Monday.

The doors will start at 5 pm on Wednesday in addition, the Department for Digital, Culture, Media, and Sport is operating a live queue tracker to determine the point at which they will finish the line. It is available here. The tracker at 4 pm indicated that the queue was 2.2 miles long, stretching over Blackfriars Bridge in Southwark near Tate Modern.

The entry to the rear of the line could be closed early to prevent disappointment. However, it’s too early to determine when this will happen. The number of people waiting will be tracked until the closing of the lying-in-state time, which is expected to be completed before 6.30 am September 19 to ensure that as close as possible, people waiting to be seen can complete their journey.