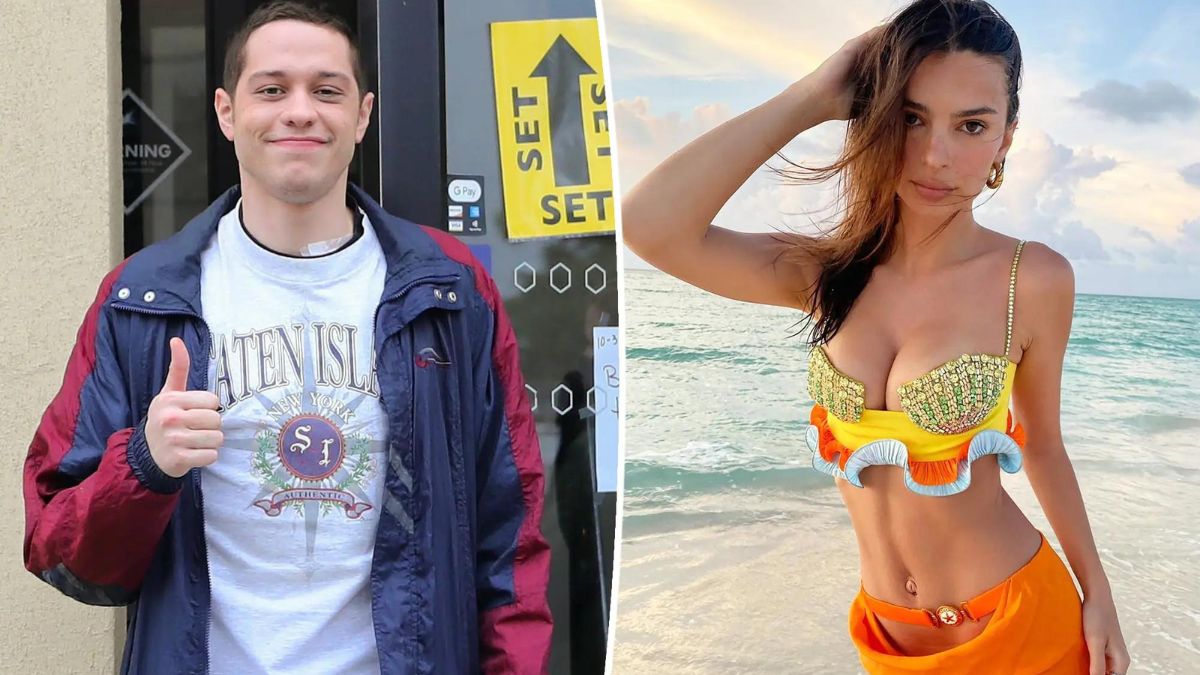 Just days after dating rumors surfaced, Pete Davidson and Emily Ratajkowski already appear to be the picture of perfection. The two were seen getting together to celebrate the comedian’s 29th birthday in pictures obtained by Page Six. They were both wearing matching grey sweatpants, white t-shirts, and black puffer jackets.

Furthermore, the two were first seen together when the former “Saturday Night Live” cast member drove up to the model’s West Village apartment in New York City to pick her up. Photographers rushed the duo when Ratajkowski went outside to greet the comedian, forcing the model to retreat while Davidson drove away.

Soon after, Ratajkowski left her apartment once more to board an Uber and travel to a Brooklyn house where she would meet Davidson. But this time, she was prepared with a present for the birthday boy.

At the entrance to the apartment complex, Davidson and Ratajkowski exchanged a tender hug. Additionally, the duo can be seen laughing in videos that Page Six received as they embrace and head down the dim hallway.

The PDA-filled pictures surfaced after a source told Us Weekly that Davidson and Ratajkowski, 31, “have been talking for a couple of months now.” The comedian and supermodel “both really like each other,” the insider said, adding that their relationship is “in the very early stages.” They went on to say, “Pete makes Emily laugh and he loves how intelligent she is.”

More on this news

Relationship rumors between Pete Davidson and Emily Ratajkowski began to circulate last week after the gossip website @DeuxMoi received a tip that the couple had been seen “holding hands” while out on a date in Brooklyn.

Ratajkowksi, who was recently associated with DJ Orazio Rispo and Brad Pitt, actually appeared to be enjoying the growing speculations. By liking a trending tweet from Dionne Warwick on Monday about dating the comedian, the model gave her followers a hint. The 81-year-old wrote, “I will be dating Pete Davidson next,” capturing the attention of Davidson’s most recent love interest.

And while the move sparked a social media frenzy, Howard Stern, who had previously predicted that Davidson and Ratajkowski would date, cautioned the former “SNL” alum “to be careful” in his new relationship. On his SiriusXM show on Tuesday, the radio presenter stated, “[Emily] is a great beauty, but at some point, if he f–ks so many women, he’s going to start to get the reputation that he’s like a bee — he pollinates and then goes.”

He said that Davidson is “on a terrific roll,” but warned: “You don’t want to become the guy who just f–ks celebrity girls, so he’s got to be careful.”

On another note, the “Meet Cute” actor, who ended his nine-month relationship with Kim Kardashian in August, hasn’t been seen with anyone recently. Moreover, before falling in love with the creator of Skims, Davidson dated some of the biggest names in Hollywood, including Phoebe Dynevor, Ariana Grande, and Kate Beckinsale.

On the other hand, Ratajkowski and Sebastian Bear-McClard are currently in the middle of a divorce after the model allegedly discovered the “Uncut Gems” producer having an extramarital affair. They share a 1-year-old son, Sylvester.