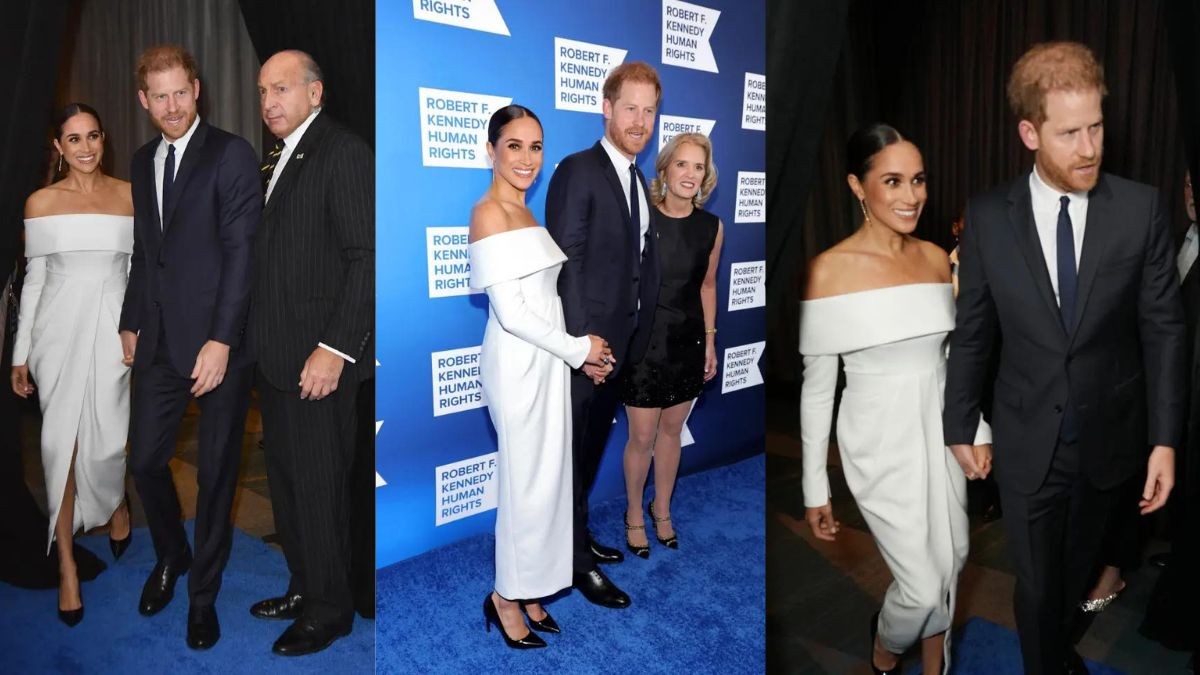 Prince Harry and Meghan Markle spoke about tearing “down the mightiest walls of oppression and resistance” at the 2022 Ripple of Hope Awards on Tuesday night. Additionally, according to the awards site, the Duke and Duchess of Sussex joined Ukrainian President Volodymyr Zelensky, Bill Russell, Michael Polsky, Brian Moynihan, and Frank Baker in receiving the award as “exemplary leaders across government, business, advocacy, and entertainment who have demonstrated an unwavering commitment to social change and worked to protect and advance equity, justice, and human rights.”

Furthermore, in addition to praising them for “showing up,” Kerry Kennedy, who gave them the medal, explained that the RFK Foundation had chosen to honor them for overcoming racism within the royal family.

When Markle took the stage, she gave Kerry’s father, Robert F. Kennedy, praise, stating, “The enduring dream of RFK of a just and peaceful world is so much more than a simple hope. It’s a direct ask, a specific challenge, a call to action, a test of individual courage and collective spirit. And his appeal to humanity is as relevant today as it was in 1966 when he stood before the University of Cape Town, a place we’ve visited and hold close to our hearts. And he delivered a vision for the common good of society.”

Harry, 38, continued, “Bobby Kennedy said, ‘Each time a man stands up for an ideal or acts to improve the lot of others or strikes out against injustice, he sends forth a tiny ripple of hope.’”

The 41-year-old former actress continued in their pre-recorded video message, “He also said those ripples build a current which can sweep down the mightiest walls of oppression and resistance.”

“And as we all face a complete and challenging time in the world, we choose the path of optimism of care for each other and our communities. We understand this honor, not about the culmination of a life’s work, but instead, and in many ways for us, a beginning,” Harry continued.

The couple, who had been holding hands the entire time, then declared they were collaborating with the RFK Foundation to establish the Archewell Foundation Award for Gender Equity in Film, a new student film prize.

Moreover, Kerry listed all of the royal couple’s accomplishments that led to their distinction before presenting them with their prize. On another note, Prince Harry and Meghan Markle collected the 2022 Ripple of Hope Awards just two days before the premiere of their shocking Netflix series, where they will ostensibly discuss their ongoing outrage in the UK.