Home » News » ‘Quite Young At Heart’: 70-Year-Old Man Ties The Knot With 19-Year-Old Girl In Pakistan 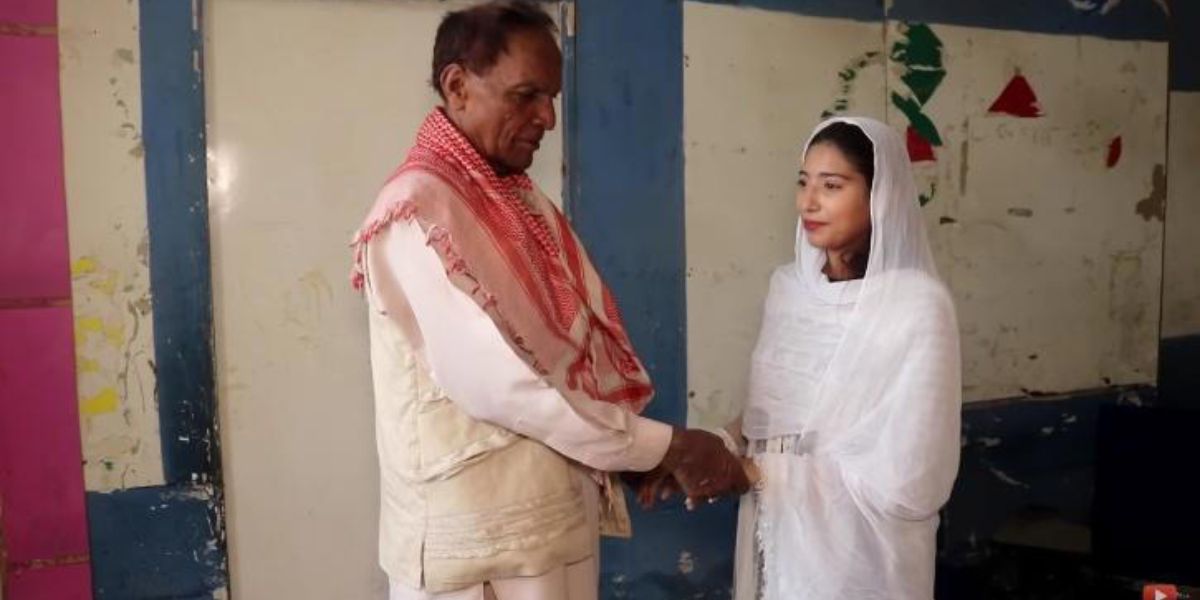 Age certainly isn’t one of those barriers when it comes to love. Such love stories have historical precedents, and in the present day, they occasionally surface on social media. In a recent report, a 19-year-old and a couple in their 70s were married in Pakistan. Here is the complete narrative.

The internet has once again been drawn to Syed Basit Ali’s latest love story, which he posted to YouTube. The YouTuber has developed a sizable fan base on the video-sharing website by showcasing the love tales of numerous original Pakistani couples.

He frequently includes couples with a significant age gap in his videos. He also enjoys conversing with individuals from other professions or walks of life who, despite what society may believe, are somehow able to coexist. This time, the tale concerns a Pakistani man in his 70s who wed a young woman of 19. People’s interest has been piqued by the unusual love story of a 19-year-old woman and a 70-year-old man.

The couple is now married without fearing the age gap as the man believes “he is very young at heart.”

Liaquat Ali, 70, and Shumaila Ali, 19, a couple, claimed to have met while out for morning strolls. Ali claimed that he met his wife on one of their frequent morning strolls through Lahore. But that wasn’t the issue. Ali made the decision to sing a song one day as he jogged after the man in an effort to impress Shumaila. The start of their love affair that eventually led to marriage was sparked by Liaquat’s humming while they were on morning walks. 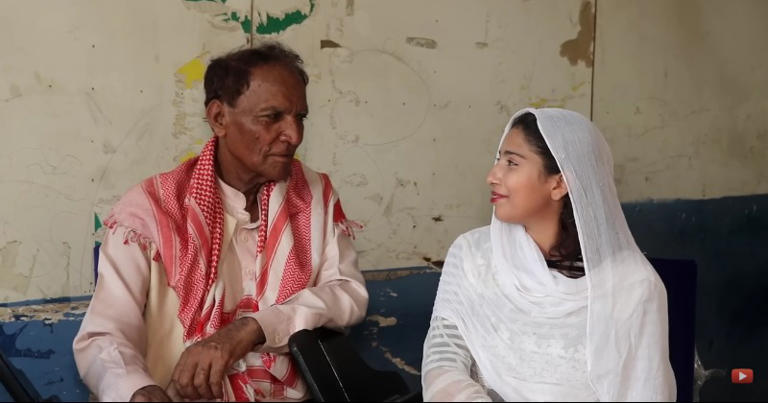 Needless to say, the age gap of 49 years was not a problem for the couple, as they are now happily married. When asked about her views on it, Shumaila said, ” One doesn’t see age in love. It just happens.” However, the woman’s parents had reservations about the marriage, but her love for Ali overcame those reservations, and they are now on board. “My parents objected for a while but we were able to convince them,” she added.

Similar to this, Liaquat said that despite being 70 years old, he is still quite “young at heart.” He continued, “When it comes to romance, age is not a consideration.” The 70-year-old further claimed that he no longer eats out since his wife’s cooking has made him so happy.
Liaquat had a very definite response when questioned whether or not individuals with significant age gaps should get married “Whether someone is young or old is beyond debate. Anyone who can lawfully be married can get married.”