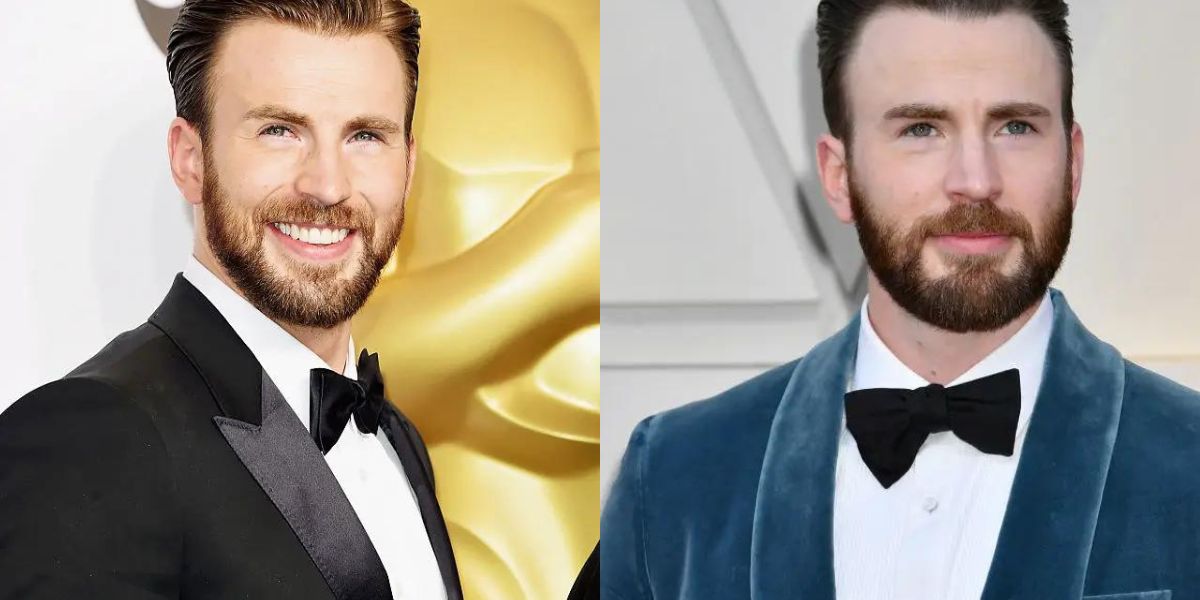 During a 2017 interview with Esquire, the Marvel actor recalled, “I know I’m going to L.A. in August. So I go home, and that spring I would wake up around noon, saunter into high school just to see my buddies, and we’d go get high in the parking lot. I just fucked off. I lost my virginity that year. 1999 was one of the best years of my life.”

In an interview on Late Night with Seth Meyers, Chris also shared that after his first sexual experience, he immediately went home to tell his mom.

On a 2020 episode of the Call Her Daddy podcast, the singer said, “I was attracted to girls way before I was ever attracted to guys.” She revealed that her first-ever sexual experience was with two women, saying they went “past first base.” Miley didn’t “go all the way with a dude [until] I was 16. But I ended up marrying the guy, so that’s pretty crazy.”

However, “I lied and said he wasn’t the first so I didn’t seem like a loser,” she revealed. Instead, she told him that she’d hooked up with a friend.
“I couldn’t think of anyone so I just made somebody up that I knew, but we’d never actually had sex before,” she said. “[Liam’s] friend ended up marrying him, so then [Liam] was like, ‘Now my friend is marrying someone you’ve hooked up with.’ So then, when I was like 24, I had to say that I lied when I was 16.”

The reality TV star shared a 2016 blog post on her website recalling her first sexual experience. “It’s not funny to lose your virginity! It’s weird and you’re scared and it hurts and you don’t know what will happen. I was 15 and he was an older guy who wasn’t a virgin. I don’t really remember it hurting, but I do remember that I just wanted to get it over with.”

“You definitely don’t have an orgasm your first time. I didn’t for the first few years! I didn’t even know what the feeling was until I had one; I just liked the intimacy part. When it happened, I was like, ‘Ohhhhh, that’s what that is!!!'”

During a 2016 Reddit AMA, the singer revealed, “I lost my virginity to this girl named Ashley. You can probably just Google it. It’s pretty easy to figure out.”

“It’s quite the great story,” he continued. “I didn’t have any condoms, so I went to our drummer, Jack’s room, who was my roommate at the time, and I demolished his room looking for them. Found them underneath his underwear drawer. When he came home, he thought somebody broke into his room because his whole room was demolished because I was in dire need. Needed to happen then and now. Safety first, kids.”

In 2005, the actor told Cosmopolitan, “I was so young, 18, when I started dating [Michael Weatherly]. I was a virgin. I knew I wanted to be in love with the first person I slept with, because for almost everyone I knew, the first experience made them feel like shit. So I wanted to be really careful that he was going to be in love with me and wasn’t just going to leave me.”

During a 2017 interview with Playboy, the actor recalled, “He was so angsty and bad. His name was Damian, but my parents called him Demon. Our first time was in his parents’ van before basketball practice. I don’t remember it being very pleasant.”

In her memoir Open Book, the singer wrote, “I’d built up this anticipation in my mind that the first time I had sex with my husband had to be this transcendent experience where the heavens parted. What I didn’t know then is that everyone’s first time is awkward, and that is part of it. And that it’s OK, but at the time, it’s tough to understand.”

In a 2008 Vanity Fair interview, the 30 Rock actor revealed that she had sex for the first time at 24. “I remember bringing people over in high school to play — that’s how cool I am — that game ‘Celebrity.’ That’s how I successfully remained a virgin well into my 20s, bringing gay boys over to play Celebrity.”

During a 2009 interview with Health, the Blue Lagoon actor revealed that she regrets waiting so long to have sex. “I would have lost my virginity earlier than I did at 22. I had the public and all this pressure, and I wish I had just gotten it over with in the beginning when it was sort of OK. I think I would have been much more in touch with myself.”

On a 2012 episode of The Oprah Winfrey Show, the reality TV star revealed that she decided at 14 that she wanted to have sex for the first time with her boyfriend of two years. “When I did want to have sex the first time, I was almost 15. I was like, ‘I think I’m going to, or I want to,’ and [Kris Jenner] was like, ‘Okay, so this is what we’re gonna do, we’re gonna put you on birth control,’ and she was like, really open and honest with me.”