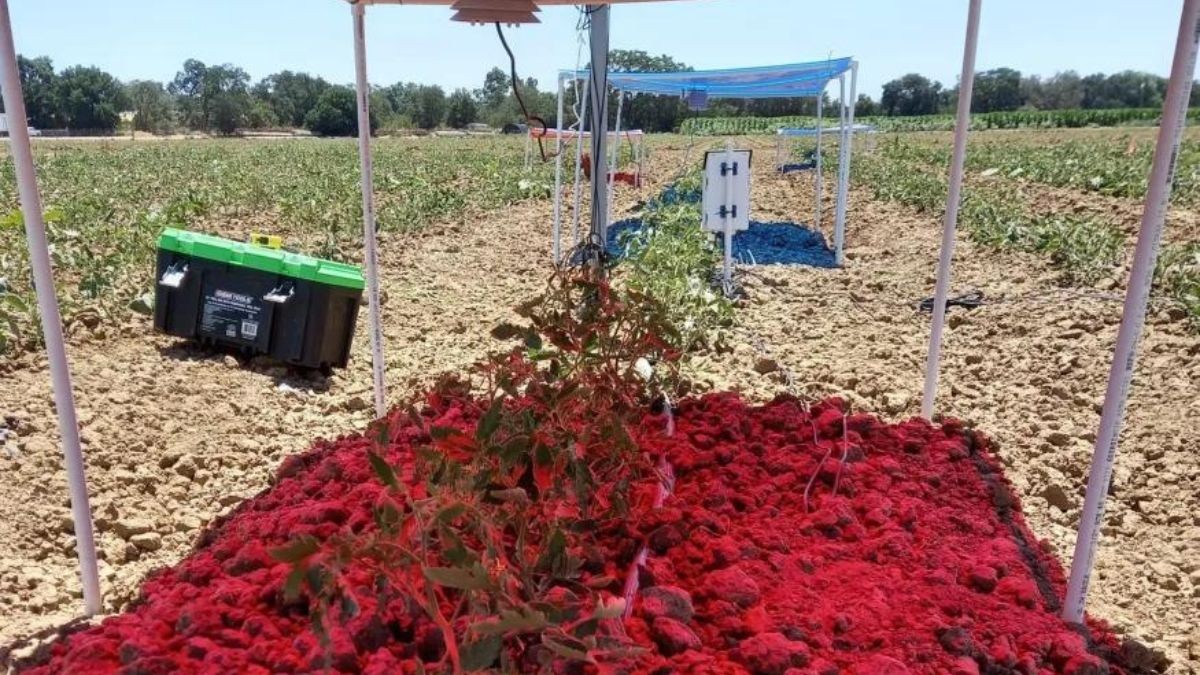 Researchers claim to have discovered a method to increase the efficiency of agrivoltaics, the method of growing crops beneath solar panels. They discovered that red wavelengths are more effective for plant growth, while blue wavelengths are better for producing solar energy. This could allow farmers to produce food more efficiently while also generating electricity.

Because they are shaded from direct sunlight, agrivoltaics can cut the amount of water needed for crops. Researchers at Michigan Technological University discovered that shading can reduce water consumption by up to 29%. Crops can obtain the same amount of carbon dioxide with much less water and less heat by splitting the light spectrum.

Aberystwyth University in the United Kingdom has developed a method for growing tomatoes under blue and red filter covers, which they believe reduces the amount of rotten fruit that can be grown. According to Abou Najm, the filters aid in lowering heat stress, crop waste, and improve yields. The researchers put the theory to the test by growing vegetables with blue and red filters, along with a control crop with no coverings. Even though the yield for the covered plots was roughly one-third that of the control, the latter had roughly twice the aF. To make this approach work in practise, manufacturers would need to create translucent solar panels that capture blue light while allowing red light to pass through. Matteo Camporese, an associate professor at the University of Padova in Italy, proposed that carbon-based organic solar cells could work.

“We cannot feed 2 billion more people in three decades by being a little more water-efficient and continuing as we are,” says Abou Najm. We can operate with shade and create power while growing crops underneath if we consider the sun as a resource, he says. “Kilowatt hours are secondary crops that can be harvested.”