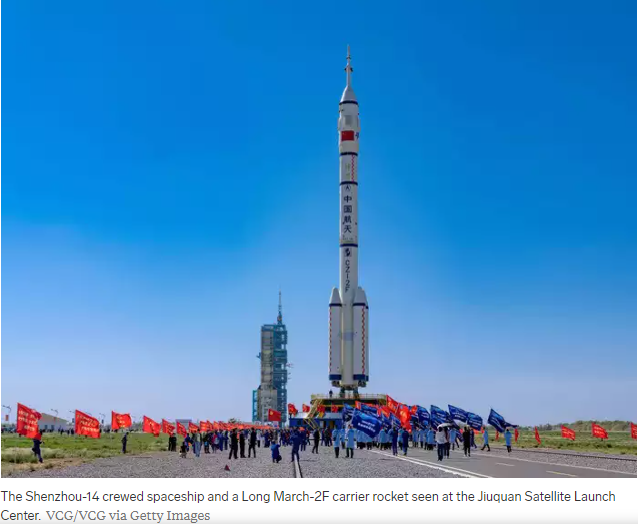 Researchers from a space center in China mentioned they found a jamming tool right outside their base simply weeks before a scheduled rocket launch, according to local news outlets.

The jammer was found in a car being driven near the Jiuquan Satellite Launch Center in Gansu province about two weeks ago, Yangtze Evening News reported on Sunday. The space center refrained from making any comment on whether the incident was an act of sabotage but highlighted that the device could interfere with navigation systems and make a rocket go off course, as per the local outlet.

China is on the way to sending three astronauts to its Tiangong space station on Sunday via its Shenzhou-14 rocket. Among the crew is Liu Yang, who became China’s first woman to be sent into space in 2012.

As per the Yangtze Evening News, scientists at the Jiuquan space center started identifying “abnormal” interference signals earlier this month and spent many days tracking them down.

Also, the device discovered was a small frequency transmitter with a typical maximum range of 32 feet, according to the South China Morning Post. The news outlet reported that such jammers could be bought on e-commerce websites like “Taobao” — China’s robust alternative to Amazon.

Despite its size, the device could be used to disrupt a satellite’s signal, which is already feeble as it is beamed from altitudes of more than 12,000 feet above the Earth, a scientist from the center told the South China Morning Post.

As of Tuesday morning Beijing time, the Shenzhou-14 launch is still under process as planned, with the Jiuquan space center’s facilities and equipment “in good condition,” Xinhua News reported.

If successful, the crewed mission will start the final construction phase of the Tiangong space station — China’s answer to the International Space Station (ISS). Chinese astronauts have been barred from the ISS since 2011 over US security concerns.

Tiangong, which implies “Heavenly Palace,” consists of three modules that will be installed one by one. The first module has been in orbit since April 2021.