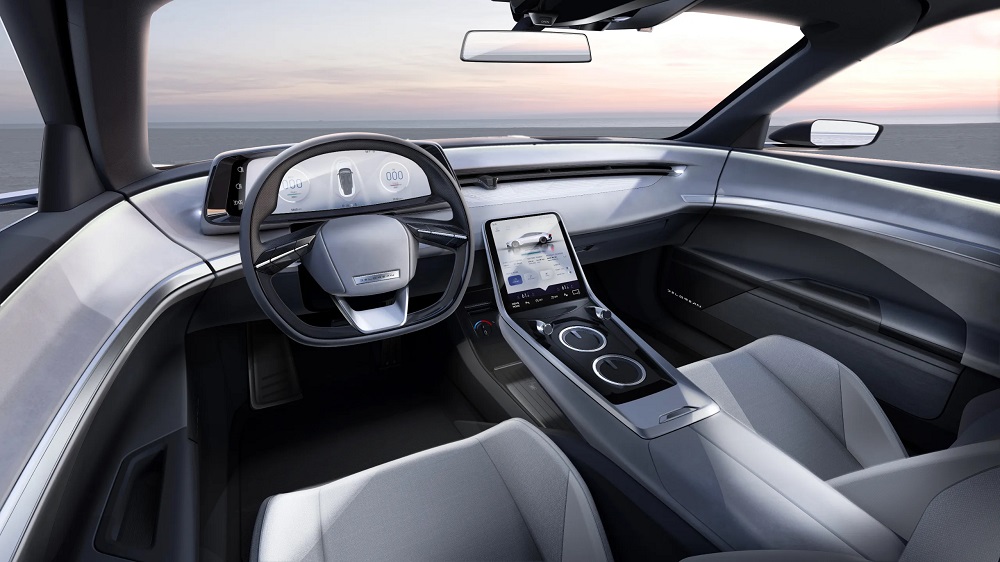 DeLorean Motor Company recently unveiled the first images of its EV, the Alpha 5. The latest electric vehicle is the brand’s first venture in the all-electric vehicles market. Interestingly, the classic ’80s-era DeLorean made its first appearance in the Back to the Future movie. And the Alpha 5 design adheres to that popular vintage model. Additionally, it comes equipped with iconic gull-wing doors and can reach 60mph in only 2.99 seconds.

Most notably, the company behind manufacturing the Alpha 5 EV is not the same as the one behind the original DeLorean vehicles. The reason is that the latter went defunct in the early 1980s. As a result, a Texas-based company obtained the rights to the DeLorean brand and teased an all-electric revival in April. Interestingly, the company used to supply replacement parts to vintage DeLorean vehicle owners. 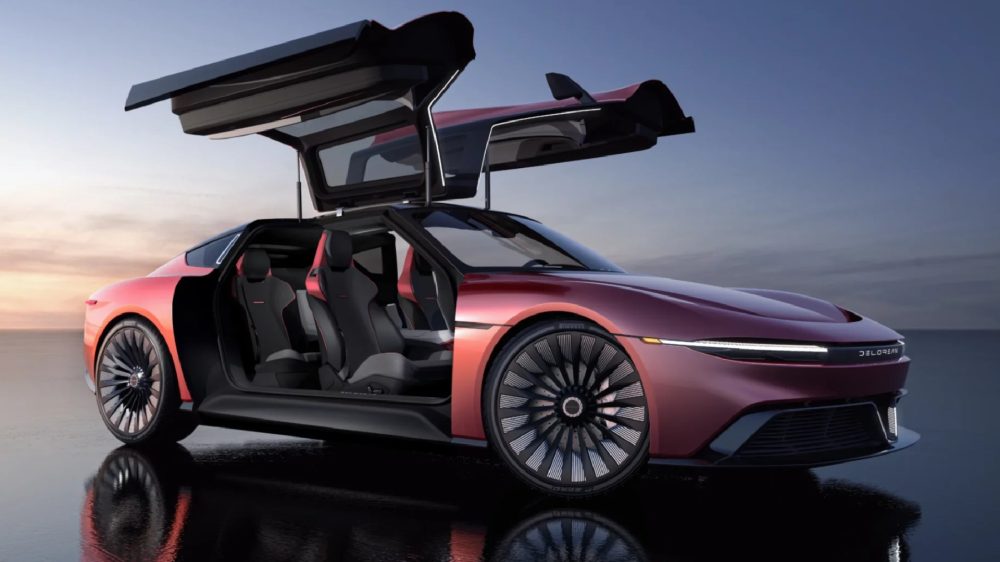 Furthermore, the EV might have a 100kWh battery, offering an estimated range of 300 miles and a top speed of 155mph. In addition, the brand claims these specs are for the “base” performance model. However, it does not reveal other possible performance tiers or price ranges.

Moreover, the Alpha 5 closely follows the brand’s vintage gas-powered models’ sloped design with gull-winged doors. But, it consists of an angular look with smoother curves and four seats instead of two. Additionally, DeLorean partnered with Italdesign, the Volkswagen-owned design team that helped develop the look of the 1981 DMC-12. Thus, the design team gives the Alpha 5 EV a more modern and futuristic look.

Lastly, the brand promises the public to show off the Alpha 5 EV on its website on May 31. However, fans can sign up to the website to get a sneak peek at its images and specs before that. It will be long before this electric vehicle appears on the streets. But, DeLorean plans to reveal the Alpha 5 EV in Pebble Beach on August 21.