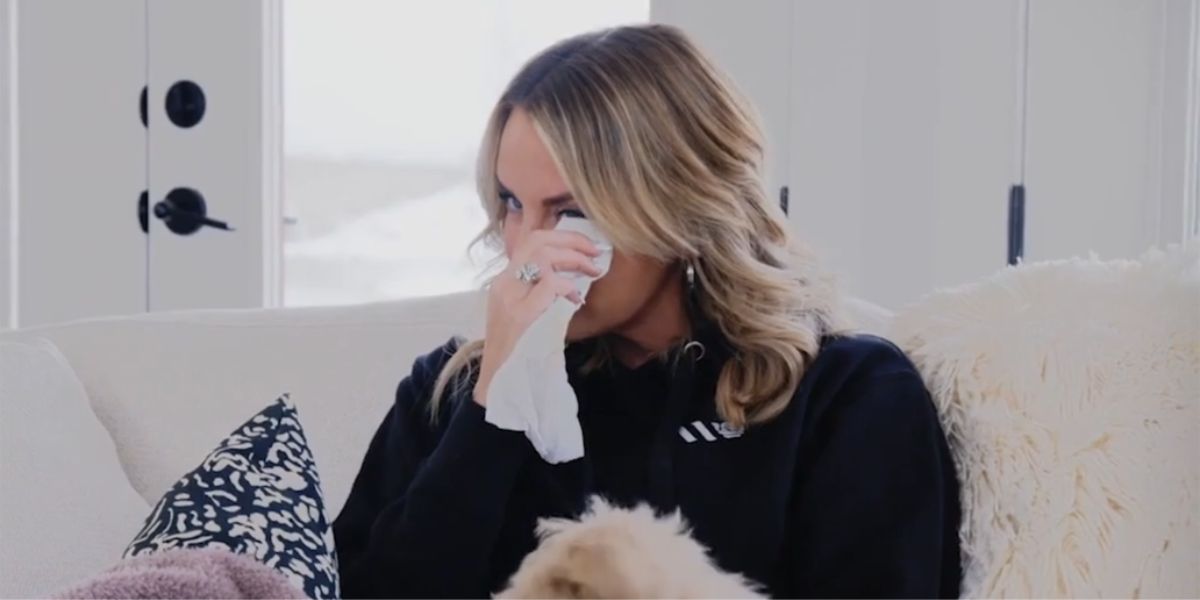 Whitney Rose thinks that a heated exchange that was captured for Season 2 of “The Real Housewives of Salt Lake City” is the reason why her husband, Justin Rose, was let go from his corporate position.

On the episode of “The Real Housewives of Salt Lake City” airing Wednesday night, Whitney, 36, remarked, “It is normal to want to be intimate with your husband.”

The “Love is art” [scene] seems to have been the breaking point.
The Bravolebrity was talking about the day she and Justin painted themselves while he spanked her on the floor in a playful manner.

Justin clarified that his supervisor had informed him that Whitney’s rising fame was a factor in the decision to fire him.

He expressed his gratitude for my efforts but added, “With Whitney being a public figure, I just didn’t see how we were going to be able to make this continue to work,” according to what he told his wife. That was how the discussion began.

Justin spent a significant amount of time as the chief marketing and sales officer of a publicly traded company that produced personal care goods before “RHOSLC” debuted in 2020 with Whitney among the original cast.

So you can no longer work here because your wife has a wonderful career, right? Whitney said, assuming Justin’s company disapproved of the way she behaved on the broadcast.

“They are publicly humiliating me because of the type of ‘woman’ I am,” I said.

In other places, Justin said he “heard rumblings” about being fired, but he was still “in disbelief” after receiving the letter.
Naturally, Whitney expressed financial concerns for the future given that she had used her family’s money last season to relaunch her Wild Rose Beauty brand. Bobbie, the daughter, and Brooks, the son, are the couple’s two young children.