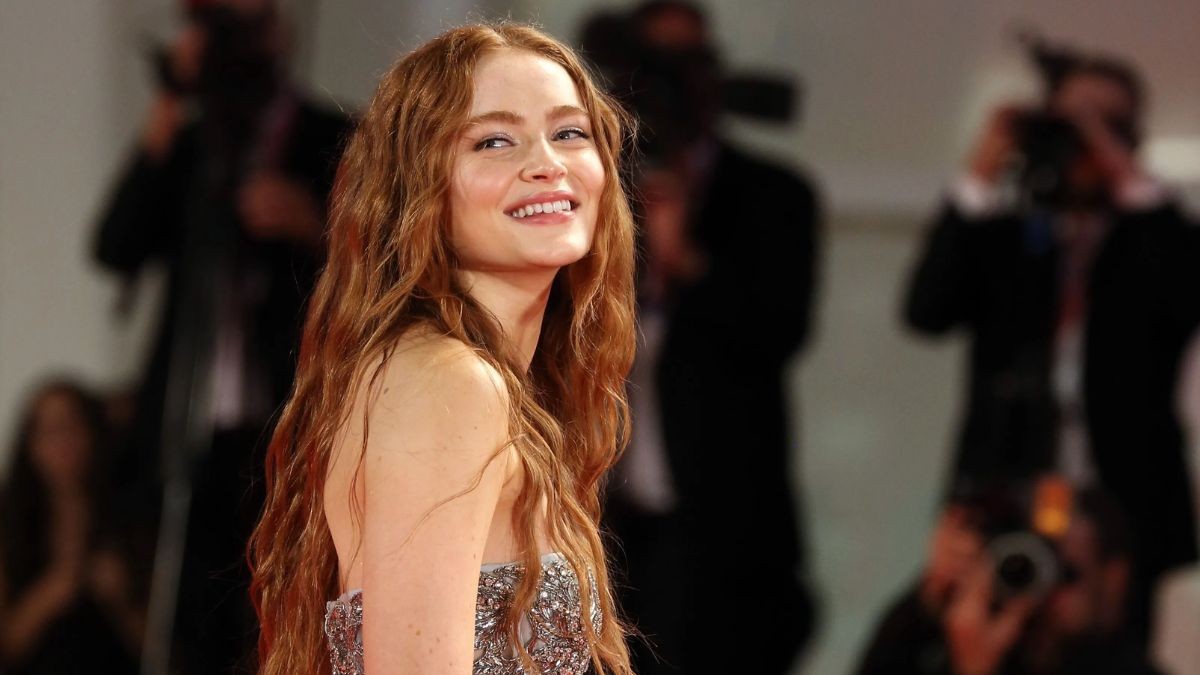 Sadie Sink revealed the details of her first kiss, admitting it was an “awkward” experience for her. The actress, who plays Max Mayfield in the popular Stranger Things series on Netflix, said that she shared her first kiss with her co-star Caleb McLaughlin, who plays Lucas Sinclair.

Furthermore, the kiss happened while filming the second season of the show when Sadie and Caleb, were 15 and 16, respectively. The couple’s characters on the program got together in season two and kissed during their school’s winter dance.

In a recent interview, Sadie remarked, “We were both awkward, but it was also funny because all our friends were there and all these extras and lights and music.” She told W Magazine, “It was nerve-wracking at the time, but I look back now and can laugh about it.”

Additionally, the kiss generated a lot of controversy at the time, and Stranger Things‘ creators came under fire for allegedly “forcing” Sadie to film the sequence. The actress acknowledged that the moment was unplanned when host Jim Rish questioned her about it in an episode of the behind-the-scenes program Beyond Stranger Things.

Also read: Selena Gomez is in a “casual” relationship with The Chainsmokers’ Drew Taggart

Sadie said, “The kiss was not written in the script.” The producer Ross Duffer jokingly asked her whether she “was ready for the kiss” on the first day of filming the Snow Ball, she added.

“You reacted so strongly to this. I was just joking,” Ross remarked. “You were so freaked out that I was like, ‘Well I gotta make her do it now’.”

Finally, the kiss was added to the screenplay on the second day of filming and was filmed in front of a few hundred extras, crew members, and their parents.

Later, Sadie Sink clarified that she “never objected” to the kiss and felt “comfortable” on set in another interview.

She said: “I mean, of course, I was nervous because it’s a first kiss, right? But I never objected to or felt pushed into anything.”

Sadie continued, “I always felt comfortable and the Duffer Brothers, they do the best job and always create a comfortable space. And if I felt uncomfortable with anything, I wouldn’t have done it.”