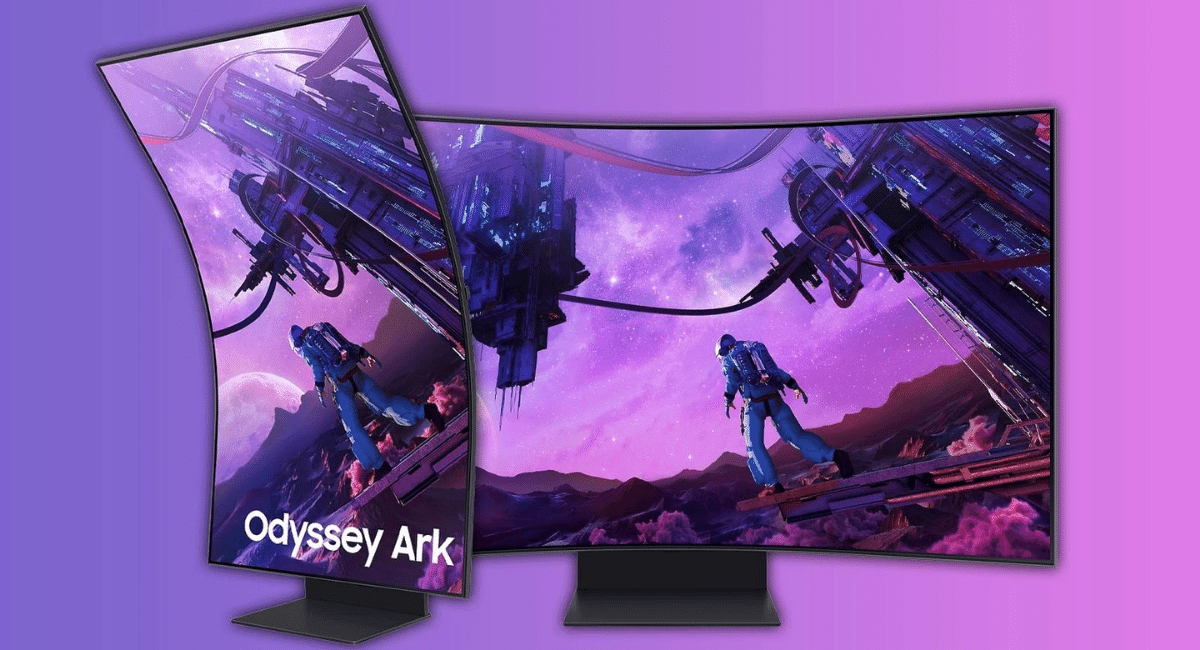 The Odyssey Ark has mini-LED technology with 1000R curvature. Samsung claims the 55-inch 4K monitor will offer users a “new level of immersion.” In addition, it is rotatable through a Cockpit Mode option, enabling users to rotate it in a vertical orientation. Thus, they can multitask in portrait mode with up to three video sources and even get some fantastic new gaming experiences. 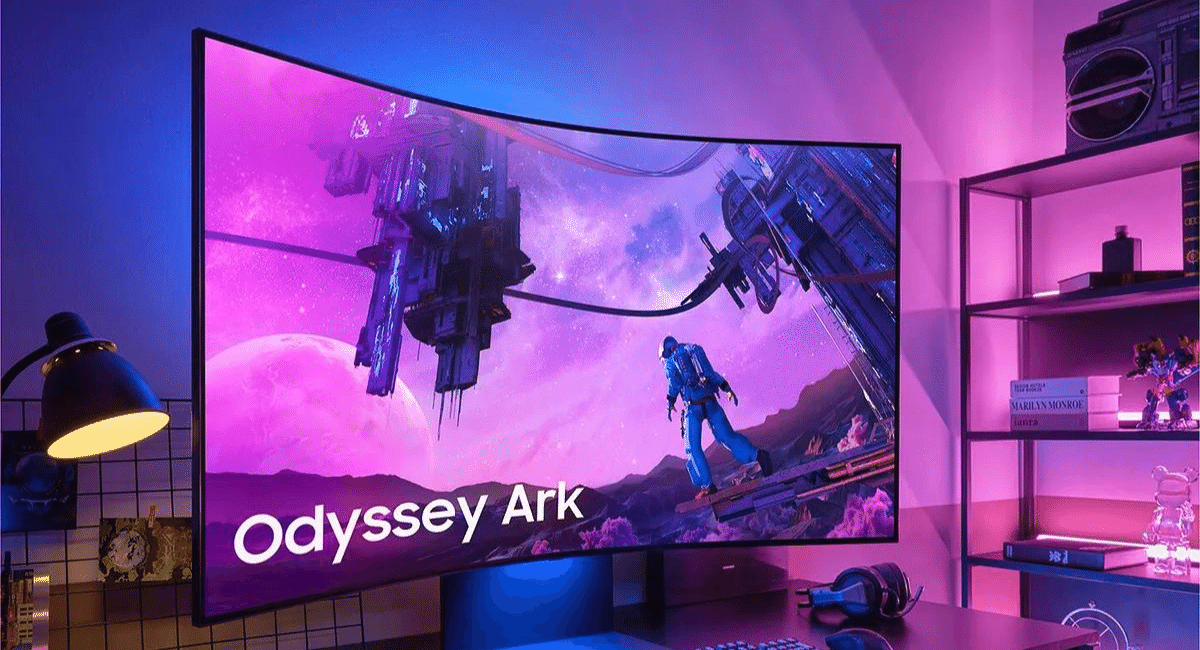 Moreover, certain features of the Ark include a Game Bar users can use for display adjustments and a Gaming Hub to discover new content to play. Additionally, it boasts a Multi-View feature that enables users to display up to four screens simultaneously. 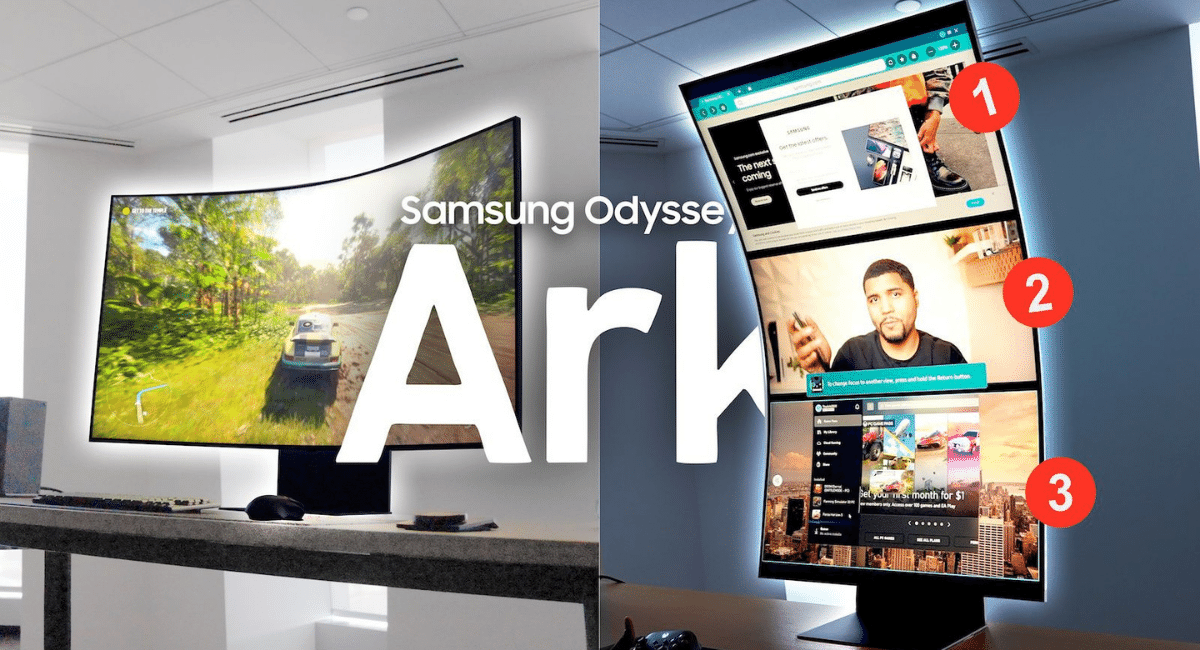 Additionally, Samsung kept the Ark’s display matte to reduce glare and reflection. Also, the Ark’s quad speakers (one in each corner) have support for Dolby Atmos. Besides that, users can adjust the monitor’s position with HAS (Height Adjustment System), tilt, and pivot. Thus, allowing them to customize their gaming setup as per their wish. In addition, Samsung says the Ark is wall mountable and comes with a VESA mount.

Another major thing that makes the Odyssey Ark stand out besides the 55-inch 1000R curvature is some smart TV functionality. Specifically, it features the Samsung Gaming Hub, enabling cloud streaming through Xbox Game Pass, Google Stadia, and Amazon Luna. Lastly, the Ark runs on the company’s Tizen OS, supporting streaming apps like YouTube or Apple TV Plus.

So, even with around a $3,500 price tag, the Odyssey Ark seems to be a great bang for the buck.