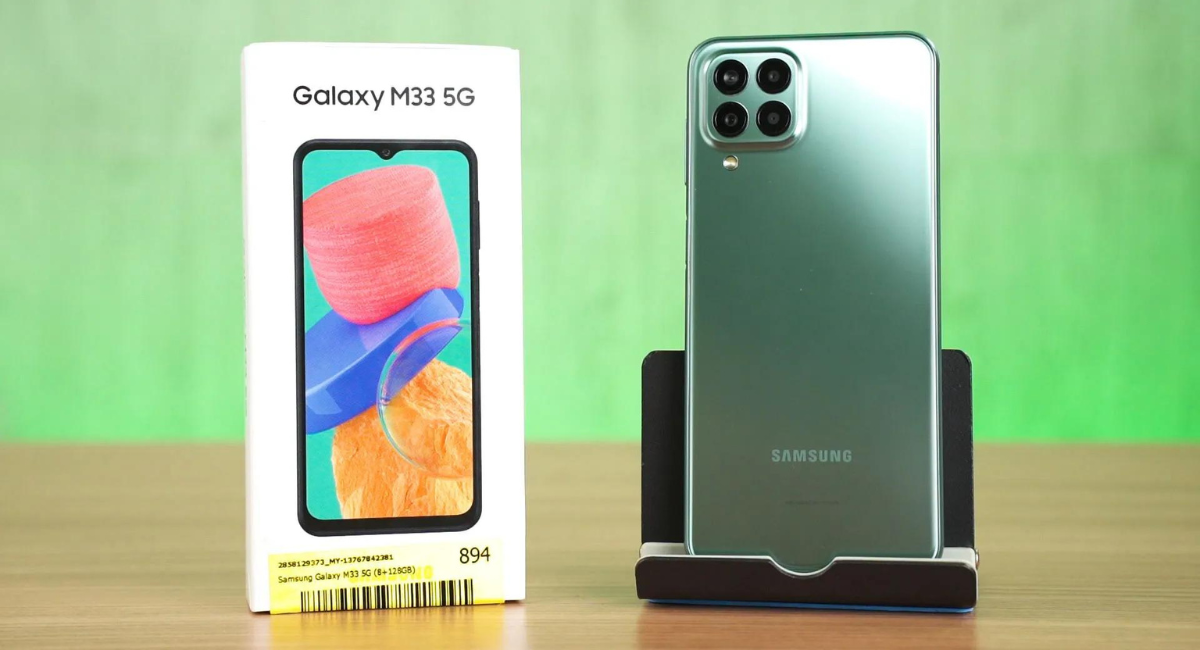 Few phones have almost similar specifications as the M33. Galaxy M32, Galaxy A33, One plus Nord CE, and Motorola are the competitors for M33. 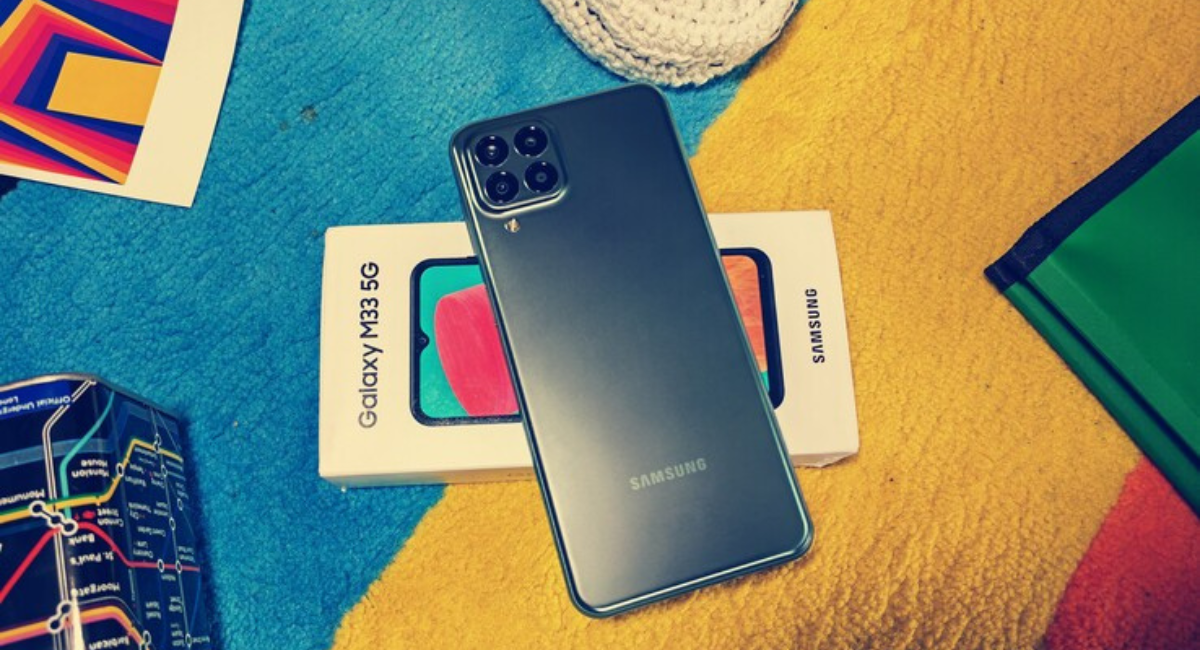 This Galaxy smartphone has a simple, matte, reflective back in muted colors like brown, dark blue, and green. The mirror look makes it premium; however, it caught fingerprints quickly. The plastic case is sturdily built and difficult to twist. The Gorilla glass provides complete protection to the screen. However, it makes the phone relatively heavier. The processor has happy news that its storage of 128 GB is good. There is a visible difference in actual price and online price.
The microSD card works with two SIM inserted.

The phone might not be able to use 4G and 5G networks everywhere, but the frequency will differ in different places. The Wi-Fi module supports Wi-Fi 5 standard. However, it seems that it is weak in the transmissions test.

One UI 4.1 Samsung’s operating system. It comes preinstalled on the phone with a bunch of installed apps too. You can uninstall them if you don’t want them. During the test, it was found that the phone will get an update every two months, which may remain the same for four years from launch.

Permanent 120Hz is impossible; however, this screen made the operation smooth. The keyboard works fine even at 60 FPS. The finger sensor is on the right side of the standby button. The phone unlocks as soon as you put your finger on it. Facial unlocking is also possible; however, that is not secure.

You will have to manage with a 50 MP camera, whereas in Samsung Galaxy M32, there was 64 MP. The sensor of the primary camera is from Samsung named ISOCELL JN1, an inexpensive and mid-range phone. It is not sharp, and M33 is weak in this area. 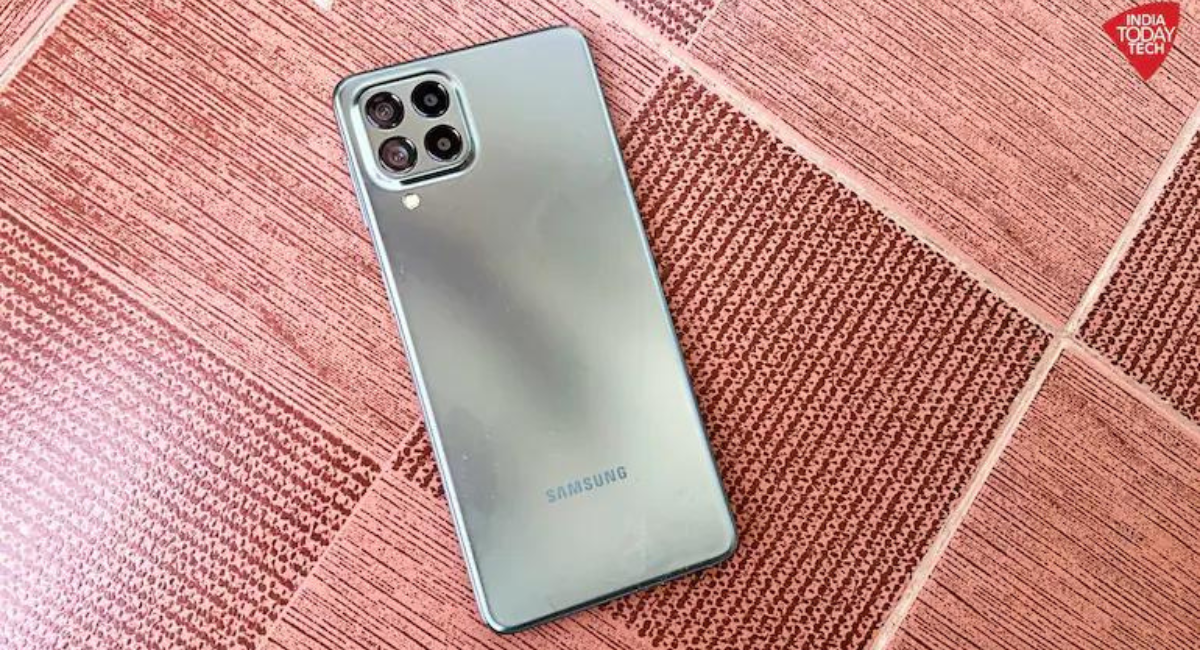 In low light, pictures might look gloomy. Details fade away. Although the camera tries its best in bright parts of the picture to create pixel artefactsartifacts, the image remains blurry.

The primary camera can record 4K with 30 fps, but the full HD with 30 fps can be made in a wide-angle camera. The hybrid Zoom will disappoint you. Switching between lenses takes time in between. The brightness adjusts quite quickly; however, the autofocus pumps whenever the scenery changes.

Samsung used Exynos 1280 in many mid-range phones like A33 and A53. M33 also uses it and delivers a decent performance leap compared to its predecessor. The memory is also faster than the Galaxythan Galaxy M32.

This smartphone phone doesn’t heat in a low workload. However, the case might get hot when you use some complex apps. It also can heat up because of hot weather. A mono speaker on the bottom edge can get quite loud. You can listen to your music by the speakers or by plugging in the headphones. Samsung phones only support a basic form of Bluetooth codecs like LDAC and Scalable Codec but not the HD variant.

The phone charges 25 Watts; however, the charger doesn’t come with the phone. It only needs 2 hours to charge fully. 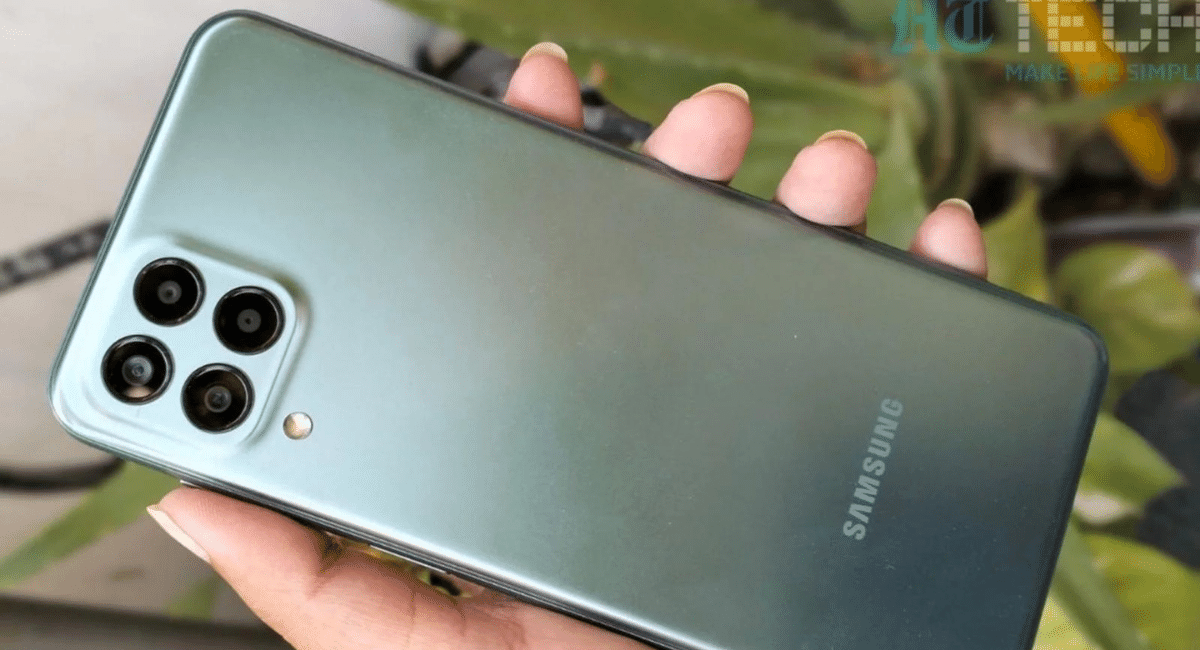 Samsung Galaxy M33 is a leap to new mobile generations and contains more power than its predecessors. The build quality is stunning, and the updates will be available for a long time on this phone.

The camera is average according to the price range, and the display is dull and legs a lot. The battery might also disappoint you when you compare it with other phones under this price range. Only the dropped price makes this phone attractive.