Home » News » Now You Can Repair Your Smartphone Yourself – See Details In one of his speeches last summer, President Joe Biden pressed the Federal Trade Commission (FTC) to execute the right-to-repair movement to prevent restrictions on fixing products. For years, companies such as Samsung and Apple have made it impossible for independent repair businesses to access their devices. However, Samsung announced a new program on March 31, allowing users to repair their own devices. The program will give users and third-party repair companies access to genuine parts, repair tools, and step-by-step guides so in short you can Repair Your Smartphone now.

Last year, in November, Apple announced a similar program known as Self Repair Service. The program claimed to make Apple products’ spare parts available to the public along with repair manuals. But the service will only be available for iPhone 12 and iPhone 13 owners initially. The company also revealed that the program would expand to Mac computers that use Apple’s new patented M1 chip. However, the service is not yet officially launched. 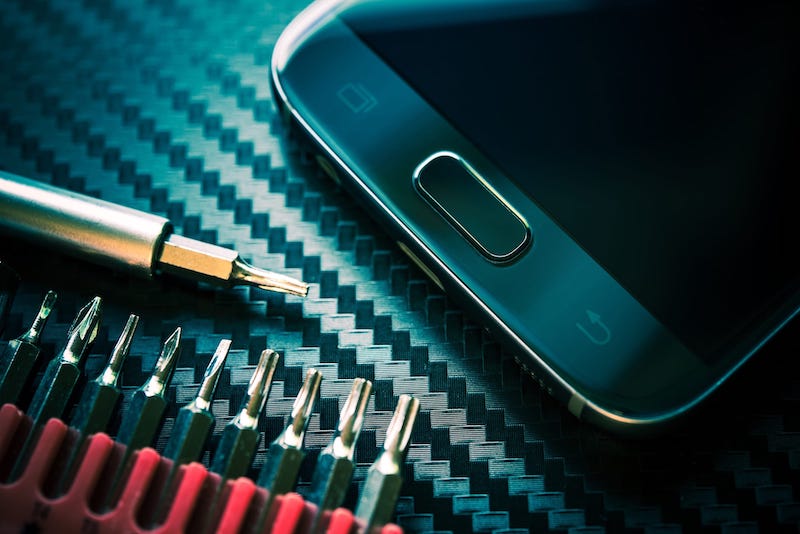 Samsung owners have to rely on the company’s repair service to fix faulty devices. The reason is that the company equipped its devices with non-removable memory and batteries, sealing the devices with special glue. However, in its defense, the company insisted that it was to ensure proper repair through authorized and expert repair services.

However, the cost of fixing a device becomes almost similar to buying a new one in many cases — a good strategy for manufacturers to increase their sales, a massive dent in a consumer’s pocket.

So, consumers and regulators alike started criticizing these tactics used by renowned companies. Therefore, following the rising objections from the public, Samsung announced the new program. This summer, it will be available to Galaxy S20 and S21 series and Galaxy Tab S7+ owners. In addition, the company has joined the hands with an online repair community, iFixit, which has worked on a similar program with Motorola.

The CEO of iFixit, Kyle Wiens, commented, “Samsung’s latest announcement is part of a sea change where manufacturers are moving to support your right-to-repair.” He further added, “Extending the lifespan of electronics is essential for the planet’s future, and providing consumers with self-repair options is an essential step to making that happen.”