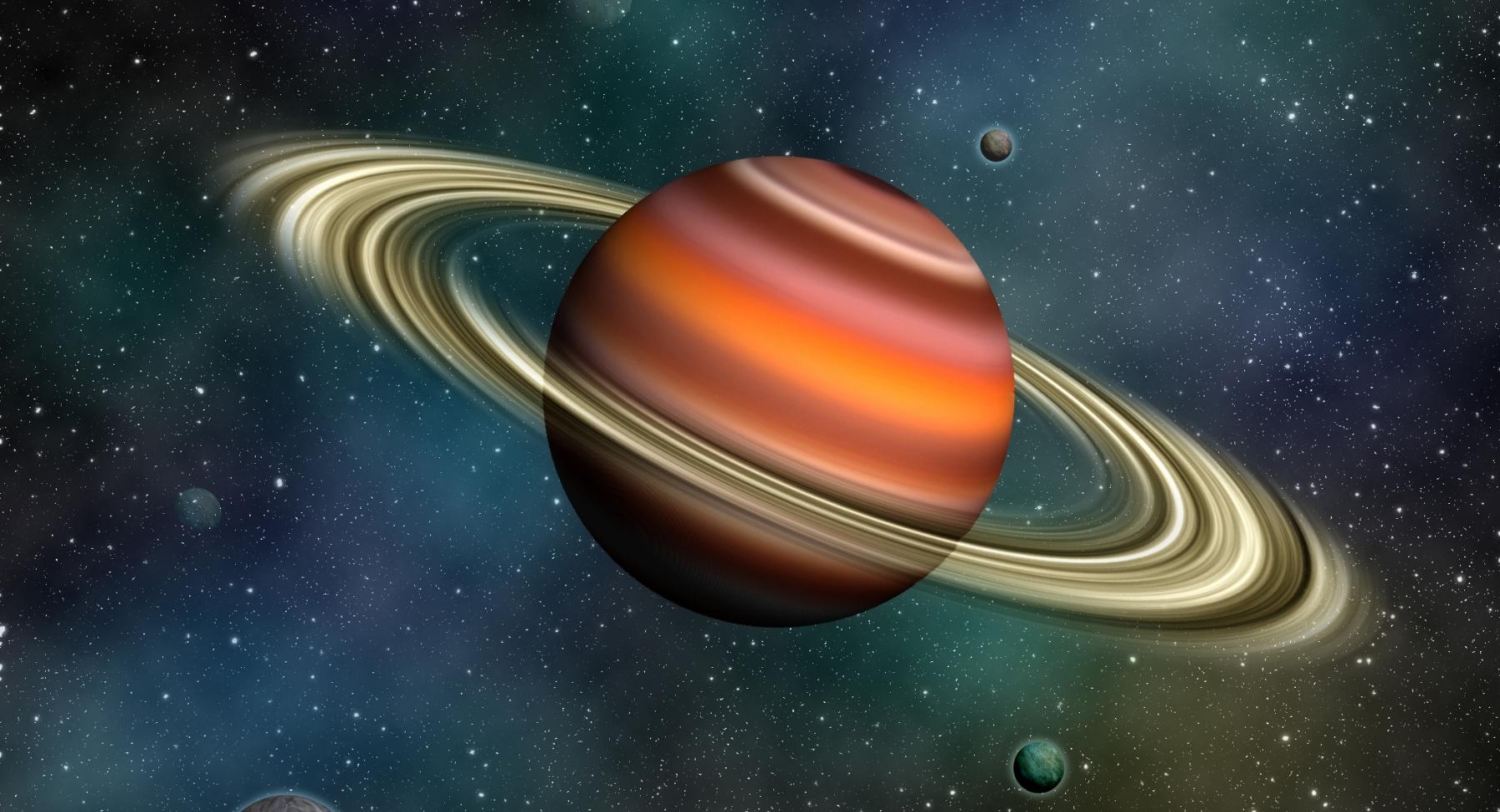 The rings of Saturn are a glaring indicator that the planet is spinning at an angle as they whirl around its equator. The belted giant rotates with respect to the plane of its orbit around the sun at a 26.7-degree inclination.

Since Saturn’s tilt progresses, like a spinning top, at almost the same pace as Neptune’s orbit, astronomers have long hypothesized that this tilt results from gravitational interactions with its neighbor Neptune. Scientists now contend that the two originally orbited in perfect harmony or resonance with one another. 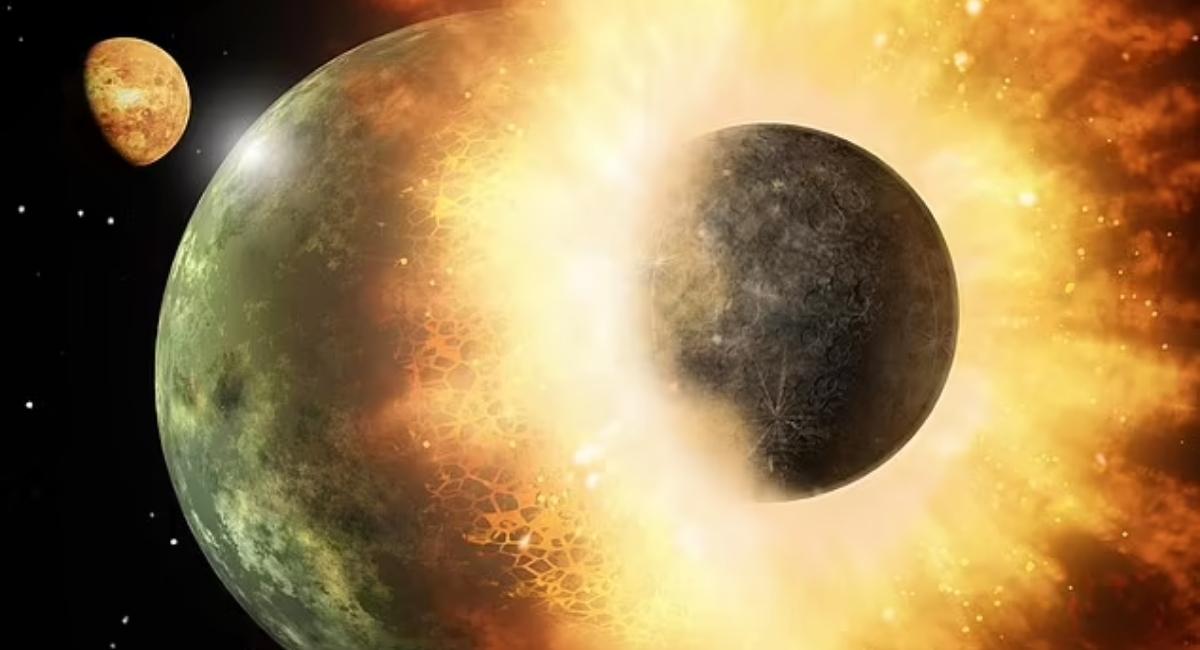 According to a recent study, that alignment was disrupted in the past when a moon created mayhem between the two. Saturn currently has 83 moons. But in the past, it might have had an additional satellite—now missing—that researchers have given the name Chrysalis.

According to astronomers, the numerous moons kept Saturn in perfect alignment with Neptune and maintained that smooth resonance for billions of years. Chrysalis, however, is thought to have become unstable some 160 million years ago and came too near to its planet in a grazing encounter, which tore the satellite apart. The loss of the moon was sufficient to free Saturn from Neptune’s influence and give it the current tilt. 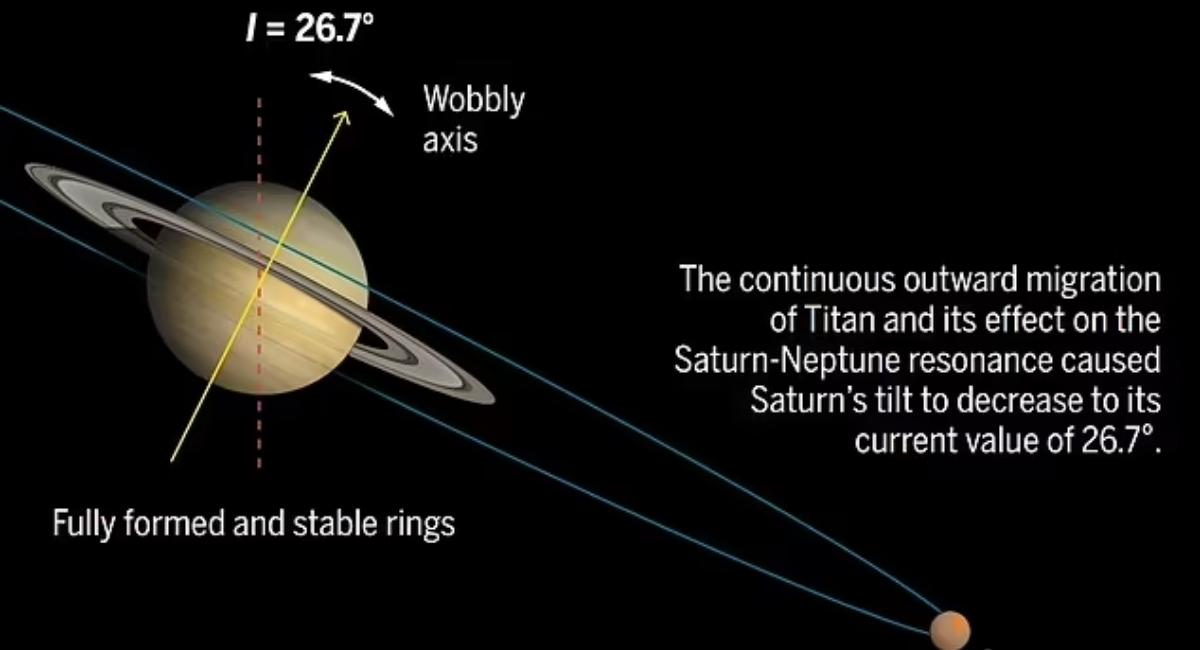 Furthermore, it’s possible that the fragments of Chrysalis that were broken apart generated Saturn’s rings. That provides a single solution to two mysteries. The rings’ tilt and mysterious age, which is barely 100 million years and much younger than the planet itself, are both caused by chrysalis.

“Just like a butterfly’s chrysalis, this satellite was long dormant and suddenly became active, and the rings emerged,” said Jack Wisdom, professor of planetary sciences at MIT and lead author of the new study. 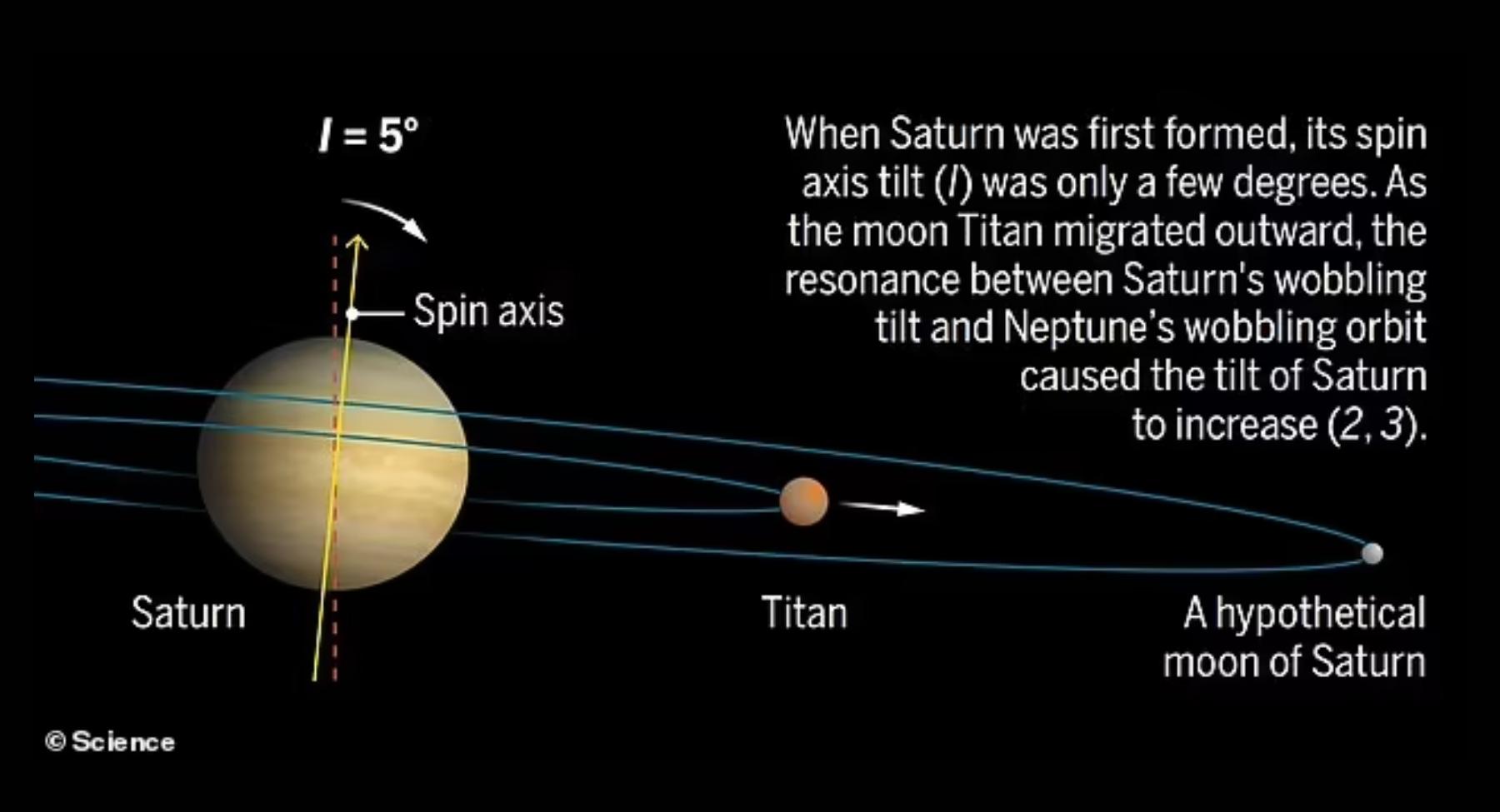 Rola Dbouk from MIT, Burkhard Militzer from Berkeley University, William Hubbard from the University of Arizona, Francis Nimmo and Brynna Downey from Santa Cruz University, and Richard French from Wellesley College are the study’s other co-authors.