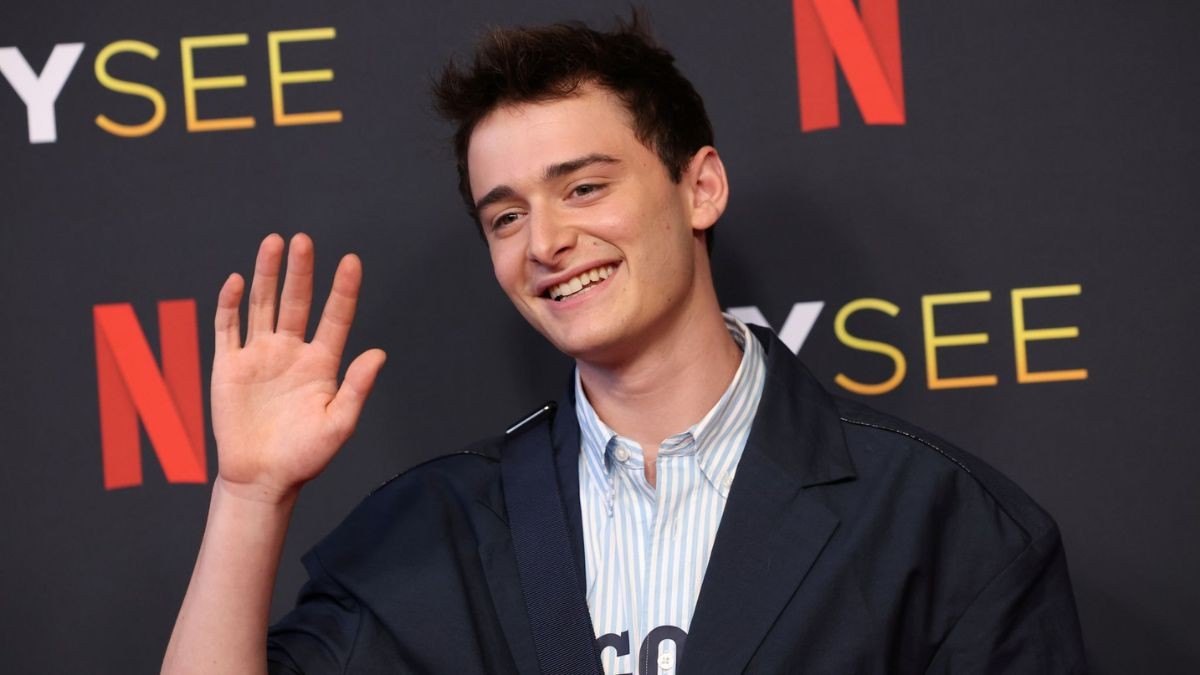 Noah Schnapp came out as gay in a TikTok video posted on Thursday. The 18-year-old Stranger Things actor lip-synchronized to an audio clip that said, “You know what it never was? That serious. It was never that serious. Quite frankly, will never be that serious.”

“When I finally told my friends and family I was gay after being scared in the closet for 18 years and all they said was ‘we know,'” Schnapp wrote over the video. Additionally, he captioned the clip, “I guess I’m more similar to Will than I thought,” regarding his Netflix smash series character Will Byers.

Furthermore, fans have constantly questioned if Will is gay throughout the course of the program’s four seasons. Some have even criticized the show for delaying plainly revealing the seeming obvious. In addition, Will’s sexual orientation was brought up by Schnapp in July, when he revealed that the adolescent harbors romantic affections for his best friend Mike (Finn Wolfhard).

Variety quoted Schnapp, “Obviously, it was hinted at in Season 1: It was always kind of there, but you never really knew, ‘Is it just him growing up slower than his friends?’ Now that he’s gotten older, they made it a very real, obvious thing. Now it’s 100% clear that he is gay and he does love Mike.”

The season 4 finale scene in which Will discussed the challenges of feeling “different” with Mike seemed to make it abundantly plain to viewers. Later, during a conversation with his brother Jonathan (Charlie Heaton), Will seemed to receive Jonathan’s support without Jonathan ever saying, “I know you’re gay and I’m here.”

Noah Schnapp remarked, “Jonathan is talking to him in code. It’s just the perfect way to tell someone like Will that he cares about him and he accepts him no matter what. I think it was really wholesome.”

Moreover, according to Schnapp, it took time to deconstruct this significant aspect of Will’s character because it is a challenging environment for youngsters who don’t want to be labeled in real life. The actor remarked, “But before, it was a slow arc. I think it is done so beautifully, because it’s so easy to make a character just like all of a sudden be gay.”

Also, Read: Ellie Goulding slams down the rumor that she cheated on Ed Sheeran with Niall Horan – Again

In addition, Schnapp discussed how he dealt with his own personal development and self-identity while addressing his role as a gay character at such a young age. He stated, “I think it’s all just part of the challenge of acting. Like, yes, it has been a challenge, but I think it’s just been fun to be able to step into his shoes. Because I really have to take into account, like, this isn’t just a single layer thing of he’s struggling with coming out.”

According to Noah Schnapp, who spoke to Variety, “It’s this multifaceted trauma that goes years back, because he was taken by the Demogorgon and then his friends, they never acknowledged him, and now he’s scared to come out and doesn’t know if they’ll accept him. And then Eleven [Millie Bobby Brown] is like his sister, but he doesn’t want to hurt her because if he says he likes Mike, that’s gonna hurt her feelings. There’s all these things running in his mind. So I kind of just have to make sure that I’m conveying the depth of all his traumas.”

On another note, Schnapp revealed in an interview back in May that the series’ fans will see his popular character Will “in a different light” this season.

He claimed, “I feel like people are used to seeing him fighting a monster or struggling with the supernatural side of Stranger Things. But this season, it’s just more about his personal struggles and struggles with his identity, and I think it’s interesting for the audience to see that.”