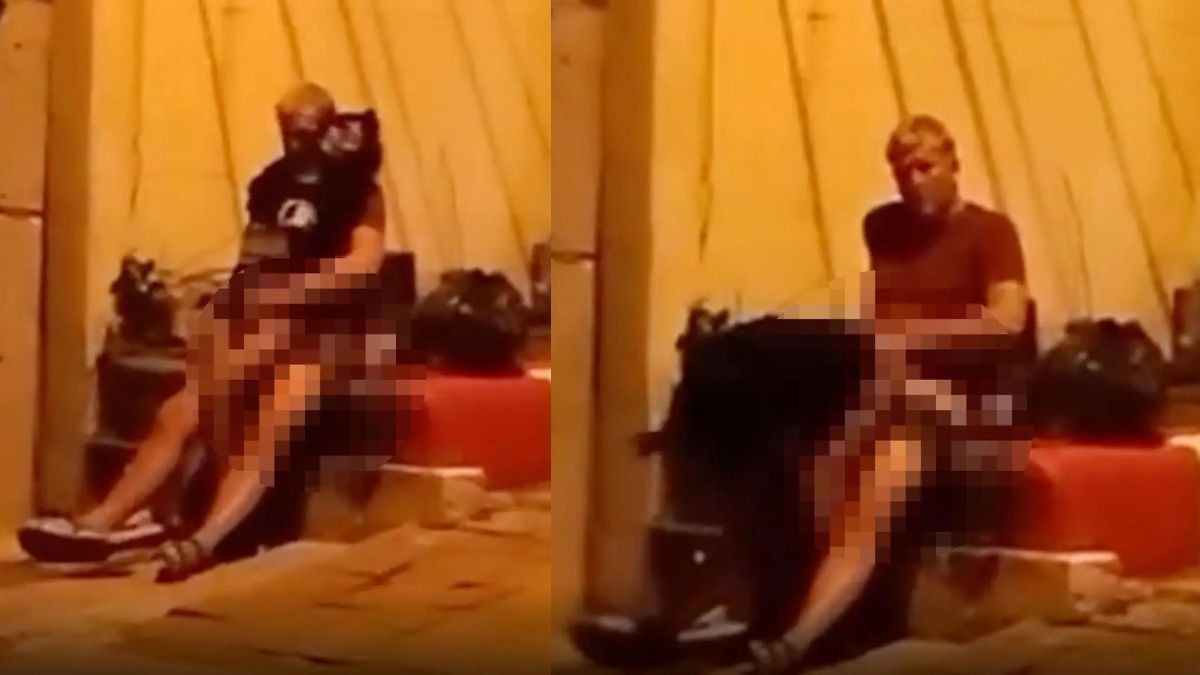 Police in Thailand is looking for a “disgusting foreigner” who was seen on camera engaging in public sex with a prostitute while on an all-night binge of alcohol. Additionally, a blond tourist was caught on camera in Pattaya at 4 a.m. on Christmas Day having sex with a paid sex worker in what appears to be the tawdry trend of 2022.

Additionally, the “disgusting foreigner” even waved to the bystander who had stopped to record the sexcapade on his phone at one point, leading to the now-viral footage being broadcast by the local Viral Press. In the meantime, a furious homeless man saw the unrestrained couple and promptly reported the event to the authorities.

The blonde male was characterized by the eyewitness, 50, as a “disgusting foreigner” who appeared to be drunk.

He remarked, “They were sitting there doing it for 30 minutes. They didn’t care about the cars going by. They could even see me watching them but they were too drunk to care.”

The visibly alarmed witness continued, “I heard the man talking. He was from England. They finished, then they talked and he gave her something, I think it was money, and she left. I am tired of disgusting foreigners treating my city like a rubbish bin.”

Police are looking through security camera footage, according to Capt. Yutthapol Boonkerd, in an effort to find the traveler. He could be detained for public indecency.

Boonkerd continued, “We have received information that he could be British but we will not know for sure until we find him. There are lots of cameras in the area, which we are watching back to confirm a crime has been committed at that date and time. It should not be difficult to find both of them.”

On another note, the law-breaking blonde tourist isn’t the only fornicator caught on camera having sex in public this year, either. Other popular tourist locations have also witnessed brazen couples making their private affairs public. Two couples were caught kissing in an outdoor jacuzzi at a hotel in Hong Kong back in July. Two flirtatious “Game of Thrones” fans were spotted having sex in the HBO show’s King’s Landing set the very same month.

Meanwhile, perverted customers applauded a bouncer when he was seen having sex with a woman on top of a bar in Crimea, Russia. Due to the unrestrained hookup, the bouncer was later detained and imprisoned in Russia, where having public intercourse can result to up to 15 days in jail.